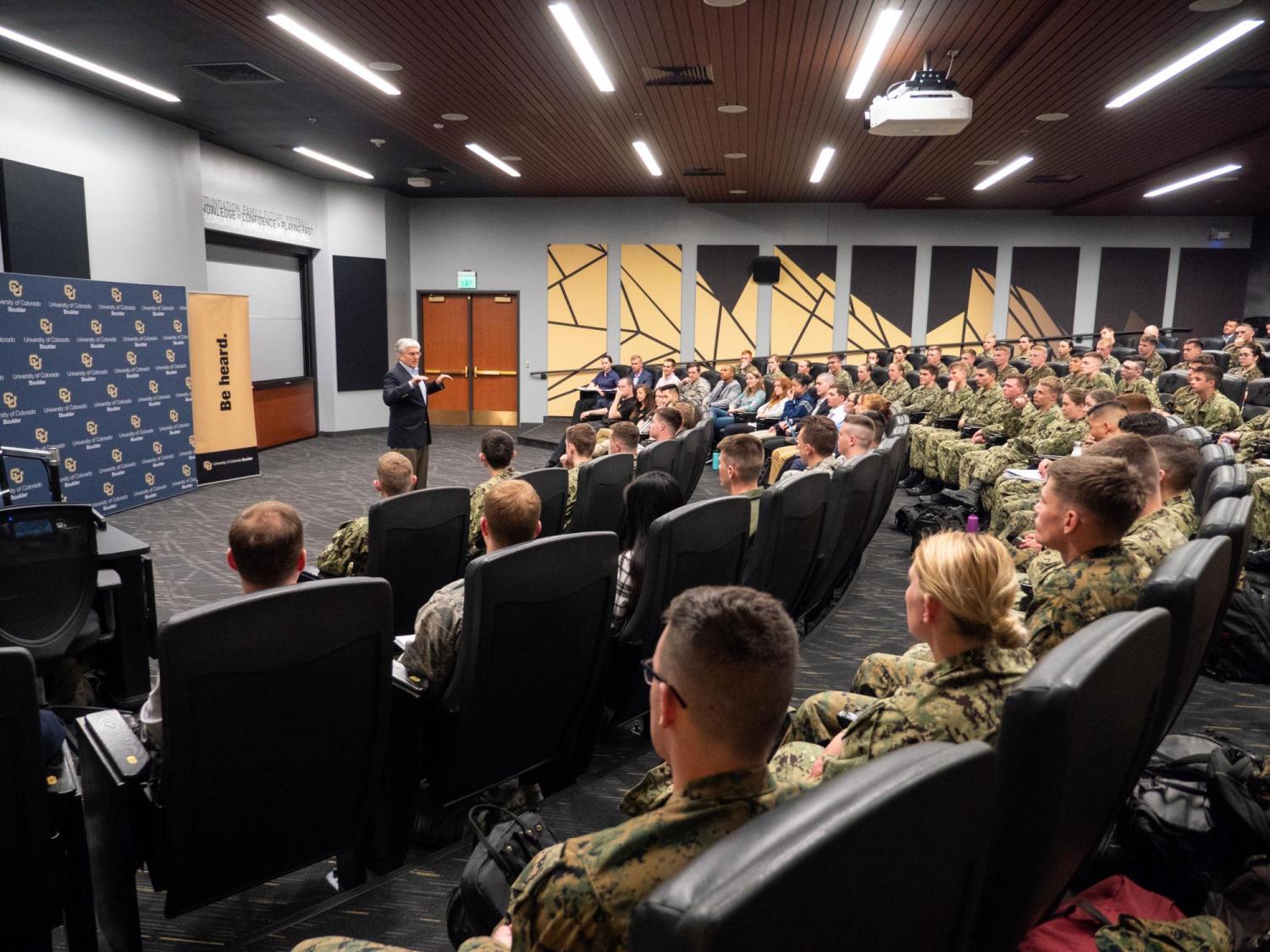 When he gives classroom lectures about leadership, Gen. George W. Casey Jr. inevitably begins by explaining the game-changing geopolitical landscape encountered by the hundreds of thousands of young Americans who began serving their country after 9/11.

The retired, four-star general refers to it as “VUCA”—a volatile, uncertain, complex and ambiguous world that requires leaders who can restore stability amid chaos and inspire confidence when people are anxious about the unforeseeable future.

“A lot of people are cowed by the complexity of our environment,” Casey said during a recent phone interview. “We need leaders with vision, courage and character to lead organizations through this crazy world.” 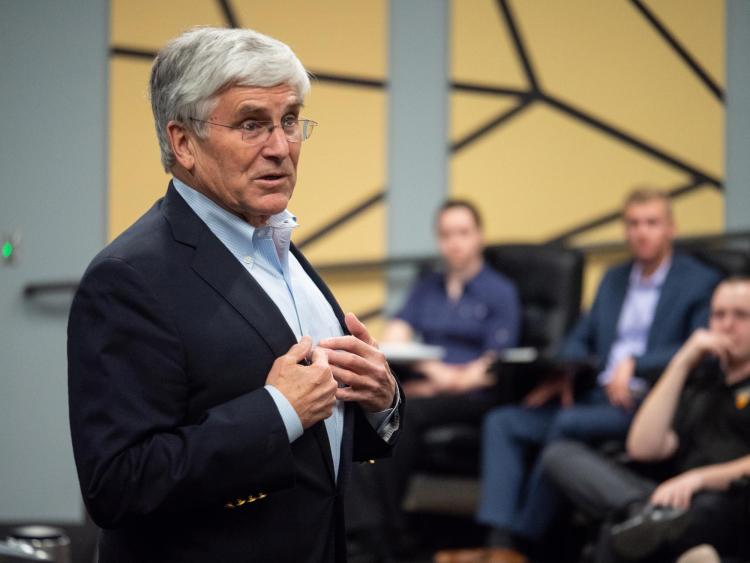 Casey, who served as the 36th chief of staff of the U.S. Army and commanding general of the multinational forces in Iraq, knows what it’s like to lead people through extremely challenging circumstances.

On Tuesday, he shared his insights about leadership and what it was like serving under two American presidents with nearly 200 CU Boulder students from three ROTC units and the Presidents Leadership Class (PLC). Afterward, he fielded questions about the professional and personal challenges he faced during a distinguished military career that spanned more than four decades before he retired in 2011.

Having someone of Casey’s caliber at CU Boulder to speak about his hard-earned lessons was a priceless experience for students, said Aaron Roof, executive director of the Presidents Leadership Class and Newton Leadership programming.

“He had an audience of highly motivated students who are poised to assume leadership roles in their careers, communities and families,” Roof said. “We are grateful he took the time to come to us to talk candidly about the challenges of leading in today’s complex environment.”

The retired general serves as Cornell University’s Distinguished Senior Lecturer of Leadership at the Samuel Johnson Graduate School of Management and returns to Colorado each spring to teach a two-week graduate course on civil-military relations at the University of Denver, where he earned a master’s degree in international relations.

Leaders, Casey said, must trust their instincts when faced with uncertainty, and instincts come from experience, education and “the habit of looking outside of your organization and looking into the future” to be better prepared.

We need leaders with vision, courage and character to lead organizations through this crazy world.”
–Gen. George W. Casey Jr.

It’s a philosophy that served him well from 2007 to 2011 when, nominated by former President George W. Bush, he served as chief of staff of the U.S. Army, a role that required him to manage a highly complex organization with an annual budget of more than $200 billion at a time when 1.1 million Army personnel had already endured six years of continuous war.

After Sept. 11, 2001, U.S. military personnel were thrust into a fundamentally different environment than what they had prepared for since World War II, Casey said.

“The whole military had to adapt on the fly from a 20th century military to a very capable 21st century military,” he said. “We learned very much about the process in that environment, and it wasn’t easy.”

Of the 2 million Americans who deployed to Afghanistan, 1.75 million have since left military service, but there is still a need to continue to provide “the care they need to recover from wounds both visible and invisible,” Casey said.

He said about 300,000 veterans are living with post-traumatic stress or with traumatic brain injuries, 90 percent of them concussions caused by explosions. 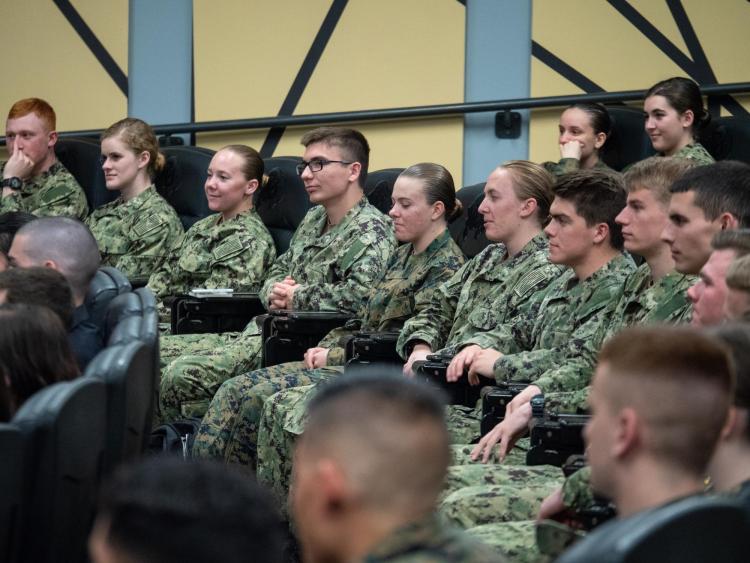 Committed to supporting the men and women who served in Iraq and Afghanistan, Casey works with several veteran support organizations, including the United Service Organizations (USO), where he is chairman of the board of governors.

From Ted Talks and best-selling primers to corporate boot camps—the quest for the often ineffable quality referred to as “leadership” has captured the imaginations of many, including civilians who are inspired by the experiences of military veterans.

Casey agreed there seems to be a pent-up need for understanding how to bring greater stability to the world. At its essence, he said, “Leadership is the process of influencing people to achieve results and prepare for the future.”

But it’s also a journey, and the only real failure in life is when people don’t learn from their mistakes and improve, Casey added.

“Everybody makes mistakes. We can’t predict the future,” he said. “As a leader, you are making a judgment about the future, and sometimes you’re judgments aren’t going to be right.”

Despite the uncertainty and inevitable hardships along the way, Casey seems certain that taking a leap of faith as a leader can result in many personal and professional rewards.

“Anyone can become a better leader if they are committed to the journey,” he said. “No one gets to a senior position of leadership without having some ups and downs.” 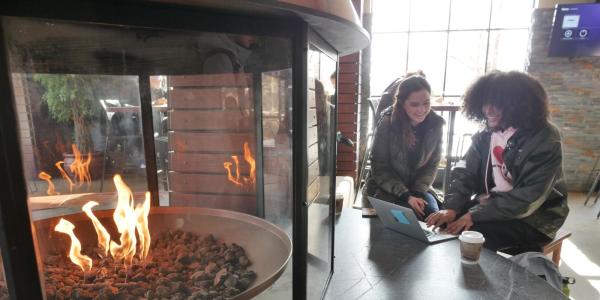 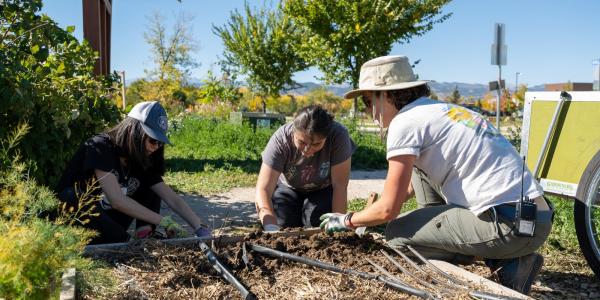 Volunteering lets you give back to your community while gaining valuable skills and meeting new people. Connect with the Volunteer Resource Center to find a volunteer experience that matches your interests and availability. END_OF_DOCUMENT_TOKEN_TO_BE_REPLACED 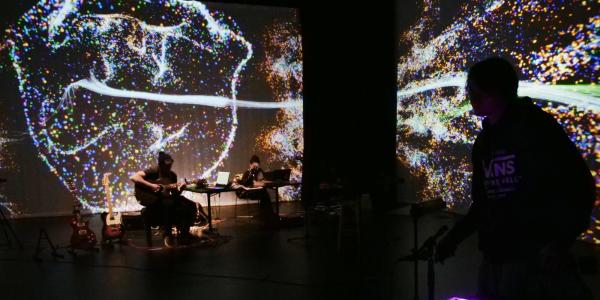 This weekend brings an exhibit exploring the Ross Sea, adaptive fitness training, a projection mapping workshop with ATLAS, the Vietnamese Student Association’s Lunar New Year Show and more. END_OF_DOCUMENT_TOKEN_TO_BE_REPLACED
Return to the top of the page