As visitors streamed into Mesa Verde National Park in June, one of the first things they may have seen, alongside sweepings vistas and scrub brush, was a team of nine students from CU Boulder.

The students had made the seven-plus hour trip to Montezuma County, Colorado, to teach park goers about the plants and animals that call the region home. For three weeks, the undergraduates staffed tables dedicated to various aspects of the local ecology—from the bees, butterflies and moths that pollinate flowers to the yucca plants that ancestral Pueblo peoples processed to make twine. 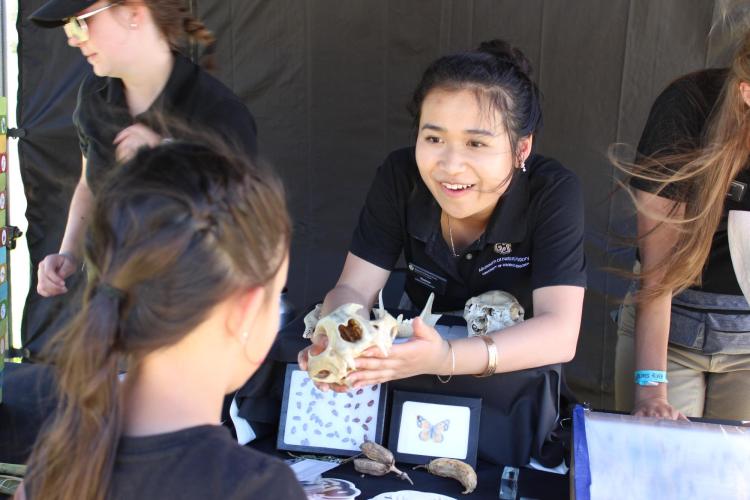 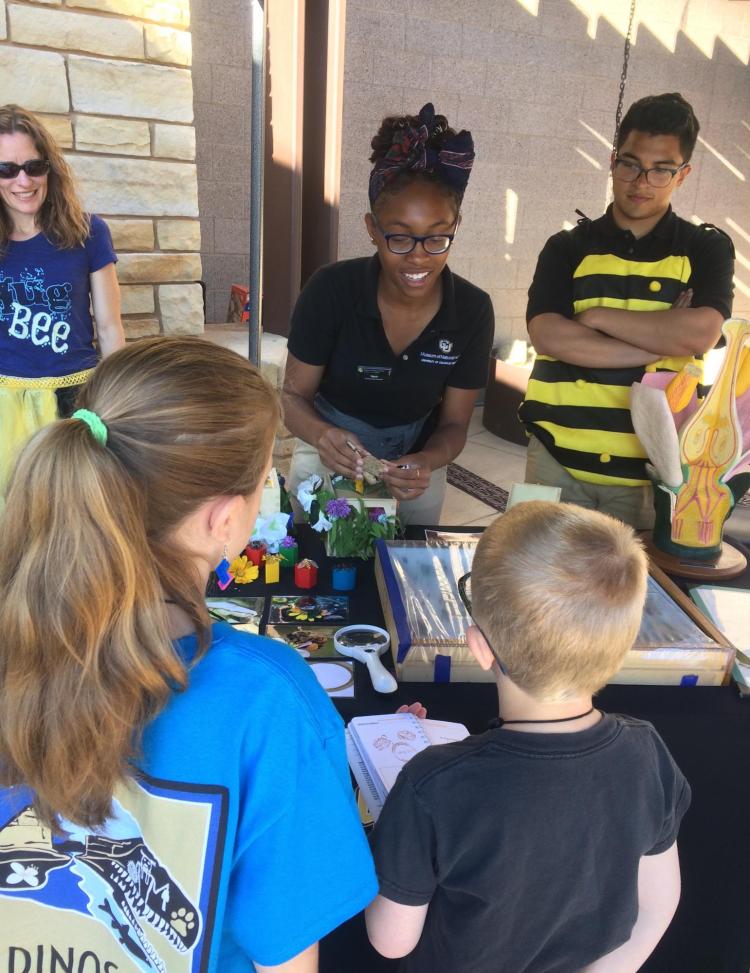 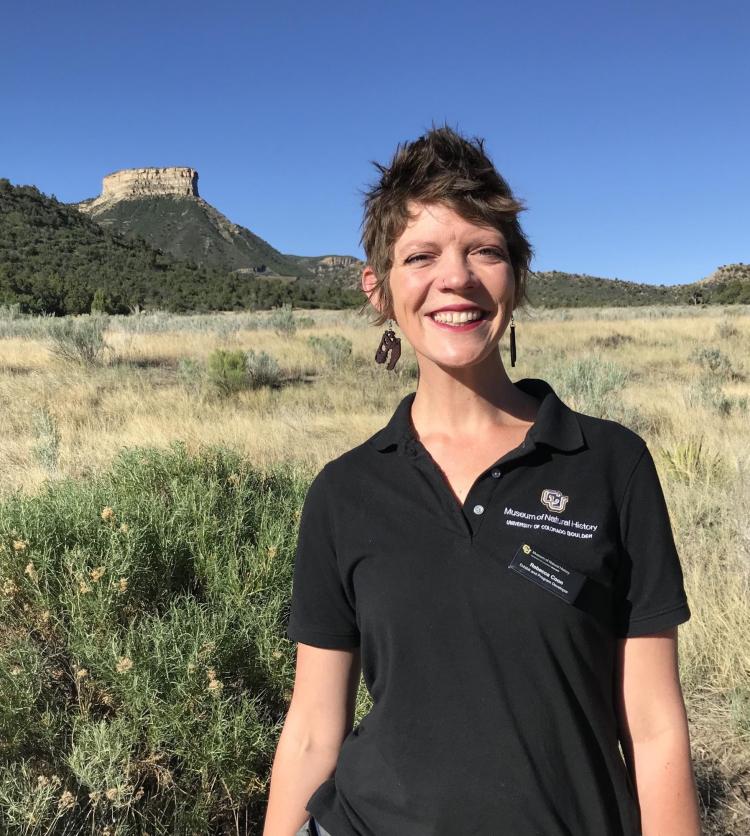 These educators weren’t alone at the park, either. Throughout the summer, teams of students worked with scientists from CU Boulder to map the park’s diverse life, including populations of single-celled algae, rodents and even carrion beetles. The effort was part of a growing collaboration between the national park and the CU Boulder Museum of Natural History. Rebecca Coon, who oversaw the student educators, explained that Mesa Verde is famous for its 800-year-old dwellings built into the sides of cliff faces. But the park is also making a push to help RVers and campers better appreciate the plants and animals they may run into during their stay—something that CU Boulder knows a lot about.

“We worked to help visitors to the park better connect to the natural environment and to have that sense of connection rooted in their actual experiences in the park,” said Coon, an exhibit and program manager at the Museum of Natural History.

Rychen Ly, a member of Coon’s team, said that visitors jumped at the chance to talk flowers and bugs with passionate students. “They were all interested in what we had to say—not just the kids, but the adults as well,” said Ly, who will start her sophomore year in the fall.

Ly decided to travel to Mesa Verde after spending her freshman year working on similar education projects at the museum’s main campus in Boulder. Like many of the other students, her favorite lesson at the park was a Jenga game that taught visitors about the intricate connections that make up local ecosystems.

The students, for example, might ask park visitors to pull several blocks from the Jenga tower to simulate a severe drought hitting the area. Pull out too many and the entire ecosystem might come crashing down.

“It shows them that if you pull something out of an ecosystem, the ecosystem gets destabilized,” said Ly, who studies in CU Boulder’s Department of Molecular, Cellular and Developmental Biology.

Many of the learning activities, however, revolved around yucca. This spiky plant, which is related to agave, grows everywhere in the park. It was also central to lives of ancestral Pueblo peoples who used it to make everything from clothes to soup and shampoo. The students embraced that importance wholeheartedly, naming their team “The Yuccans” and even writing a rap song about the useful plant.

“We were always talking about yucca because it’s such an interesting plant,” Ly said.

Jhossep Torres Anairiba, a rising junior at CU Boulder, joined Ly at the park. He studies mechanical engineering but said that he thinks his time at the park will be helpful for his future career.

“In engineering, one thing we need to learn more about is how to have more communication,” Torres Anairiba said. “It was good for me to have an impact on people.”

Ngozi Nwankwo learned a lot during her time in Mesa Verde, too. The student, who will be a junior and studies in the Technology, Arts and Media Program, has volunteered at museums since she was a high schooler in Denver. But until recently, she hadn’t spent much time in nature.

At first, she said she was nervous about being around all of the bees and moths in the park. After three weeks, however, she became a lot more comfortable around insects. And she and her fellow students got pretty good at identifying local life, too.

“We had this game where we’d point out the different plants and name them,” said Nwankwo, who is also majoring in computer science. “It was really fun to be able to look at a plant and say, ‘I know who your pollinator is.’”

Those sentiments are what Rebecca Coon likes to hear. The professional educator explained that she wanted her student employees to gain just as much from their time at Mesa Verde as the visitors they taught—and to also attune themselves to the rhythms of the natural world.

“I think good educators are great observers,” Coon said. “If we are trying to educate the public and get the public excited about connecting to nature, we are not going to do a good job if we are not personally connected to nature.” 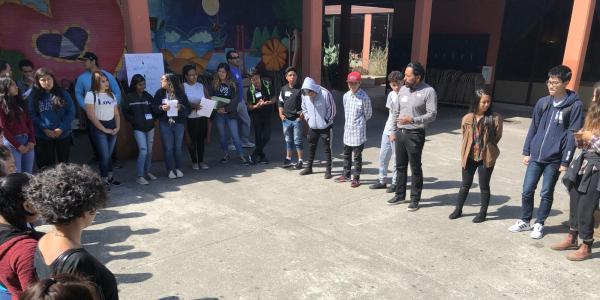 Examining the call for community schools 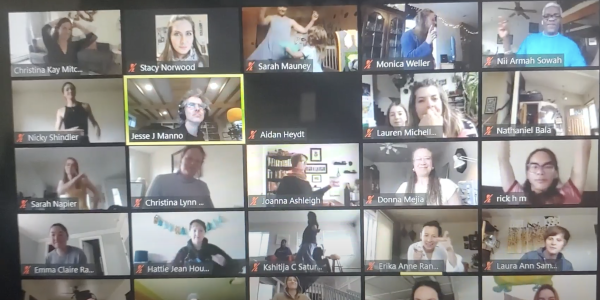 When local students began learning remotely because of COVID-19, graduate students in the Department of Theatre & Dance partnered with Boulder Valley School District to help keep kids with a range of learning needs moving and engaged. END_OF_DOCUMENT_TOKEN_TO_BE_REPLACED

CU Boulder's International English Center had the unique opportunity in 2022 to offer crucial English language courses to Afghan men and women who were relocated to Boulder after the United States withdrawal from Afghanistan in 2021. END_OF_DOCUMENT_TOKEN_TO_BE_REPLACED
Return to the top of the page