The announcement is part of a push by the global technology firm to foster new leaders in science, technology, engineering and math (STEM) fields. The PhET project, which was founded in 2002 by Nobel laureate and former CU Boulder Distinguished Professor Carl Wieman, allows students in elementary school through college to explore the inner workings of atoms, build electronic circuits and more.

“This announcement highlights the commitment of both Google and CU Boulder to share the excitement of science and technology with Colorado and the world,” CU Boulder Chancellor Philip P. DiStefano said in a statement. “PhET Interactive Simulations and NCWIT have long histories of ensuring access to a high-quality STEM education.”

Colorado Lt. Gov. and COO Donna Lynne said collaborations and investments like this are essential to the economic success of the state.

“Colorado is home to innovative companies in bioscience, aerospace, telecommunications and many other industries, and investments like those announced today are important steps as we prepare the next generation for 21st-century jobs,” she said.

Since its founding, the PhET initiative has developed 140 simulations, including Circuit Construction Kit, in which students connect virtual wires to a lightbulb to make it glow, and Energy Skate Park, which probes concepts like friction through a skateboarder on a ramp. PhET simulations have been translated into 90 languages and CU Boulder's Technology Transfer Office has licensed PhET to 22 different organizations. 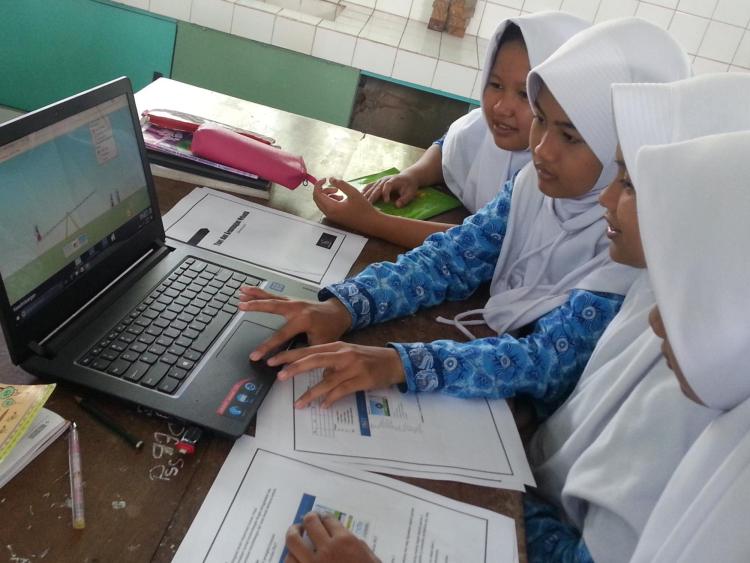 PhET in use in Indonesia

The new support, which comes as part of a $50 million Google.org initiative focused on closing learning gaps in developing countries, will enable PhET to make its simulations more accessible to students with disabilities and in countries like South Africa, Indonesia and Mexico.

“This grant will help us to bring high-quality STEM resources to more students who are in greater need and who don’t have access to lab equipment in the classroom,” PhET Director Kathy Perkins said.

With Google’s support, Perkins’ team will be able to convert a number of its older simulations to HTML5—a newer programming language that runs well on any device, including computers, tablets and phones, unlike older Java-based software.

The grant will help the PhET team expand its partnerships with groups like Learning Equality. This organization loads PhET simulations and other educational tools onto servers and distributes them to schools in India, Africa and other regions with poor or no internet.

The Google.org funding will also allow the team to pursue innovative approaches to help students with a wide range of physical and cognitive disabilities to access the simulations and experience the joy of science exploration and discovery.

NCWIT is a nonprofit community of more than 1,100 universities, companies, nonprofits and government organizations nationwide working to increase girls’ and women’s meaningful participation in computing. It was co-founded in 2004 by former communications industry executive Lucy Sanders and CU Boulder computer scientist Bobby Schnabel when both were at the ATLAS Institute. NCWIT remained a part of ATLAS until earlier this year when it moved into the College of Engineering and Applied Science.

The company valued the six-year lease agreement with NCWIT at $1.3 million.

With Google’s generous support, NCWIT will now be located in the Google space at 1909 26th St. Although off campus, NCWIT will remain closely affiliated with CU Boulder, which provides administrative support. The nonprofit is a close partner of the College of Engineering and Applied Science.

“NCWIT is central to CU Engineering’s drive for gender equity across our college community,” College of Engineering and Applied Science Dean Bobby Braun said. “They serve as a model for the pursuit of gender equity in STEM fields across the nation. I am thankful that this innovative organization was founded at CU Boulder and grateful for the value Google and other tech companies see in this partnership.”

A move by Google to its new central Boulder facility made the gift of office space possible. 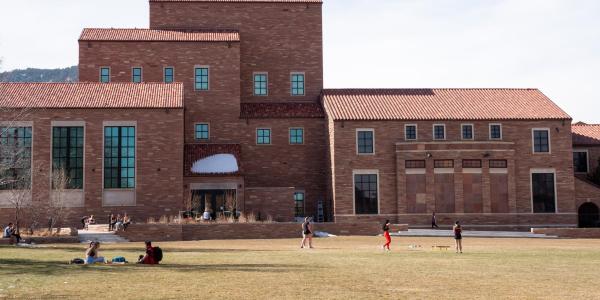 The award, considered one of the College of Arts and Sciences' highest honors, is given to students for academic achievement and service. This year, 17 undergraduates in a variety of fields are receiving the honor. END_OF_DOCUMENT_TOKEN_TO_BE_REPLACED 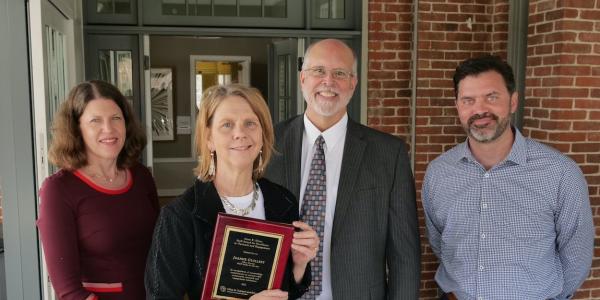 Joanne Guillery is the recipient of CU Boulder's 2022 Anne K. Heinz Staff Award for Excellence in Outreach and Engagement. END_OF_DOCUMENT_TOKEN_TO_BE_REPLACED 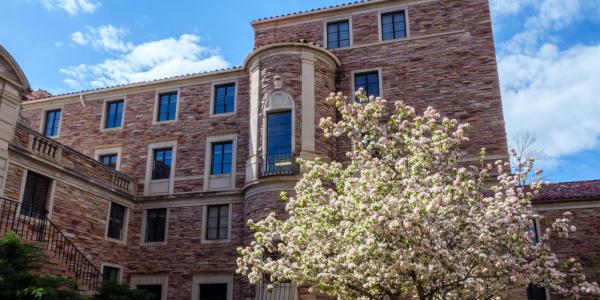 Emilie Upczak, an independent filmmaker and assistant teaching professor, has been awarded a one-year faculty fellowship as part of a joint collaboration with the Center for Humanities and the Arts and the Center for Research Data and Digital Scholarship. END_OF_DOCUMENT_TOKEN_TO_BE_REPLACED
Return to the top of the page