Students in Focus: Knocking out cancer by fighting for a cure

Students in Focus: Knocking out cancer by fighting for a cure

Stephanie “Tessie” Mernick is willing to take a punch to beat cancer. To do that, the CU Boulder graduate student is learning to box to raise money and awareness.

With no boxing experience, Mernick, who is studying environmental policy in the Masters of the Environment Program, has been training with coaches to compete in a charity boxing event scheduled for June 14 in Denver. 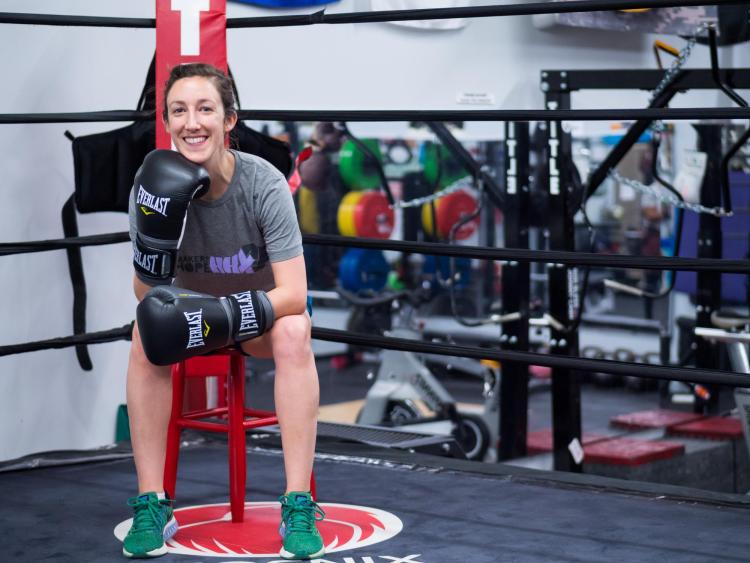 I’m getting up most days at 5 a.m. to go to practice,” Mernick said, “but that’s nothing compared to the fight that people with cancer go through. It motivates me to take a punch for a good cause.”

This fight is personal for Mernick, who has family and friends who have been affected by cancer.

Mernick grew up playing soccer, basketball and softball, but preparing to face an opponent in a boxing ring takes fitness to a new level. To get in fighting shape, she works out at the Corner Boxing Club in Boulder to prepare for the event organized by the nonprofit Haymakers for Hope.

Learning to box as a way to fight for a cause is similar to getting in shape to run a marathon for charity. Participants train as a way to fundraise for cancer research, prevention and treatment. The athletes get to direct the money they raise to the cancer-related cause they want it to go to. Mernick wants her donation to go toward cancer prevention.

“It doesn’t matter which opponent wins in the end,” Mernick said, “because on June 14, we all will have inched closer to knocking out cancer. The effort you put in is what you’ll get out of it. If you’re well prepared, that’s the best you can do.”

Mernick finds training for a boxing bout and being in graduate school to be character-building and inspirational. Through boxing, she’s raising awareness to help beat cancer and encouraging others to do the same. Through her graduate school studies, she’s learning to help save the planet and motivating people to care about the environment. 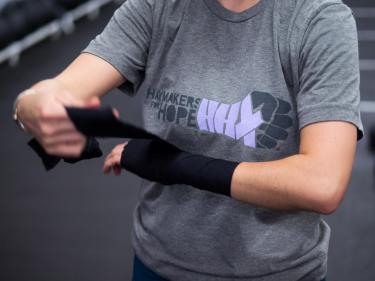 Her goal after graduate school is to become a sustainability manager or environmental consultant to help corporations design and achieve robust sustainability initiatives.

When asked if she’s scared about getting hit, Mernick replied without hesitation, “Yes! I’m not looking forward to getting hit in the face.

“I go through waves of different emotions,” she said. “What helps is that we’re being trained by great coaches who know what we’re going through. They won’t let us step into the ring if they don’t think we’re prepared. That eases my mind.”

“Every single person is a first-time boxer,” he said. “We’re giving them their first real amateur boxing bout that’s a wholly sanctioned event through USA Boxing.” 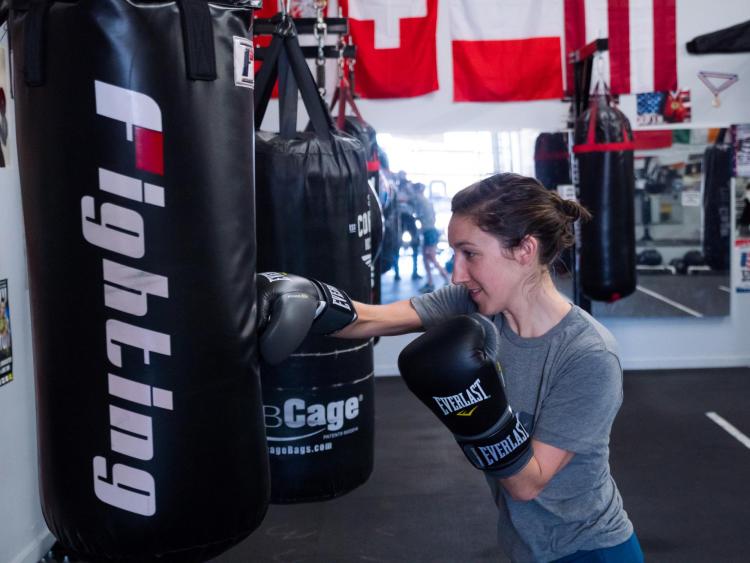 Schroy was a media studies major in the School of Journalism and Mass Communication, now called the College of Media, Communication and Information. As a competitive snowboarder with ties to the winter sports market, Schroy pursued a career in the outdoor industry after graduating in 2011. He moved to New York to work for a public relations agency specializing in outdoor sports. While in New York, he worked out at a neighborhood boxing gym where he “fell in love with boxing.”

Three years later, Schroy opened an action sports and lifestyle public relations and marketing company, B Dot Media Group, in Boulder. An opportunity to work for Haymakers led him to close his agency to focus full time on the nonprofit.

Schroy and Mernick met when she joined the program. He has been regularly checking on Mernick’s progress, offering coaching and encouragement from his own boxing experience.

The culmination of Mernick’s intense training is boxing with an opponent who also is a first-time amateur boxer. Thirty people are training for 15 bouts for the live charity boxing event in Denver.

“Whoever lands the most punches and performs the best on fight night is how they get scored,” Schroy said. “The fun thing about boxing is that your friends want to see you win, and your enemies want to see you get punched, but it’s all for a very good cause.” 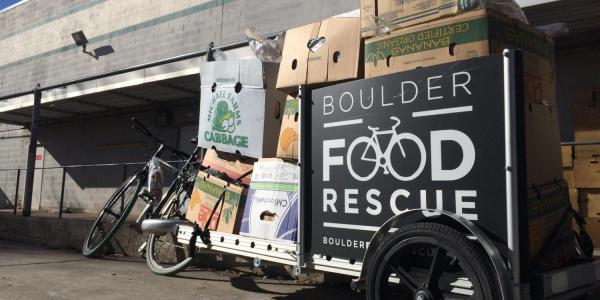 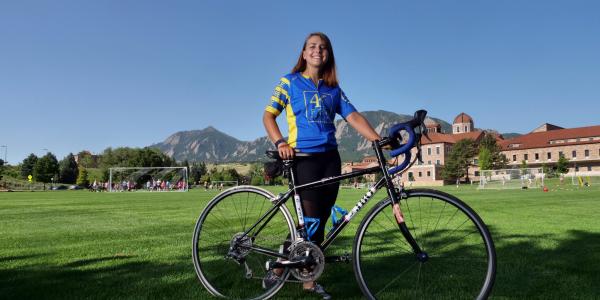 Students in Focus: Pedaling for a purpose

This summer, CU Boulder junior Lauren Gray is biking coast to coast, a journey of about 4,500 miles, for the Ulman Cancer Fund for Young Adults. END_OF_DOCUMENT_TOKEN_TO_BE_REPLACED 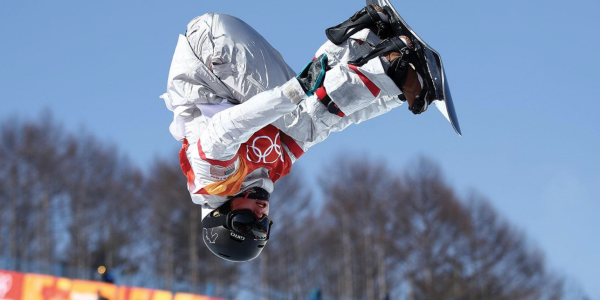 Students in Focus: Snowboarding medalist does a 180 to chill on University Hill

Snowboarder Arielle Gold won a medal at the Olympics in February. This summer, you might see her around campus. END_OF_DOCUMENT_TOKEN_TO_BE_REPLACED
Return to the top of the page