Greenhouse technology could be the future of food

CU Boulder engineers have received a $2.45 million grant from the U.S. Department of Agriculture (USDA) to develop a scalable, cost-effective greenhouse material that splits sunlight into photosynthetically efficient light and repurposes inefficient infrared light to aid in water purification.

“We are excited to work on a project that addresses one of the most important global challenges with our multidisciplinary colleagues at CU and MSU,” said Ronggui Yang, a professor of mechanical engineering who will lead the team.

Greenhouses have been used since the 1960s and remain the standard for effective plant productivity compared to open-field agriculture. But the structures carry high energy costs, requiring tremendous amounts of energy for heating, ventilation, electrical lighting and water for evaporative cooling. By the year 2050, current greenhouse capabilities will likely be unable to keep up with worldwide human consumption, making an increase in productivity an urgent mandate.

Under normal conditions, plants only use around 50 percent of incoming sunlight for photosynthesis while the remaining half goes unused.

“The new CU Boulder technology will take the form of a semi-translucent film that splits incoming light and converts the rays from less-desired green wavelengths into more desirable red wavelengths, thus increasing the amount of photosynthetically efficient light for the plant with no additional electricity consumption,” said Xiaobo Yin, an assistant professor of Mechanical Engineering and Materials Science and Engineering at CU Boulder.

The thin engineered material can be applied directly to the surface of greenhouse panels. The technology also makes use of the photosynthetically ineffective light by redirecting it to aid in solar-driven water purification.

“The near-infrared wavelengths can help clean brackish wastewater, allowing it to be recirculated in an advanced humidification-dehumidification interface and further reducing the greenhouse’s energy footprint,” said Yang, an American Society of Mechanical Engineers Fellow.

The technology expands on the researchers’ previous successful efforts to develop a suite of scalable engineered materials that can cool structures and improve solar panel efficiency, among other applications.

The researchers plan to create a pilot greenhouse facility to test the material’s properties over the course of multiple tomato production cycles and, later, expand the test to leafy greens such as lettuce and herbs. 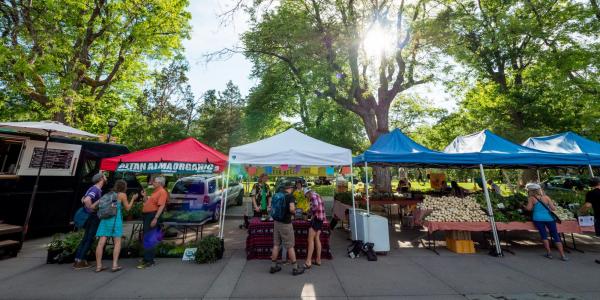 How to get local produce this summer

Getting seasonal and local food is a great way to save money, eat healthy and support your local economy. Here are some tips for finding local food and produce this summer. END_OF_DOCUMENT_TOKEN_TO_BE_REPLACED 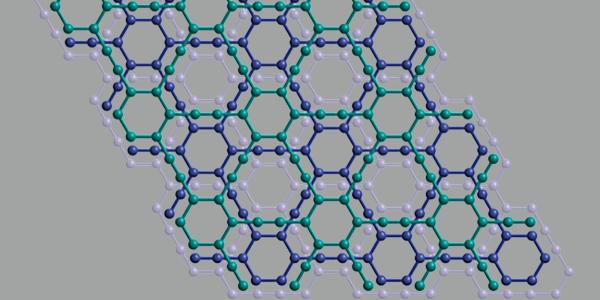 CU Boulder scientists have successfully synthesized graphyne, which has been theorized for decades but never successfully produced. END_OF_DOCUMENT_TOKEN_TO_BE_REPLACED

CU Boulder will lead a five-year, $10 million National Science Foundation-funded initiative to reimagine cyberinfrastructure user support services and delivery to keep pace with the evolving needs of academic scientific researchers. END_OF_DOCUMENT_TOKEN_TO_BE_REPLACED
Return to the top of the page