Troubled by zombies? Gravedigger-turned-historian has you covered 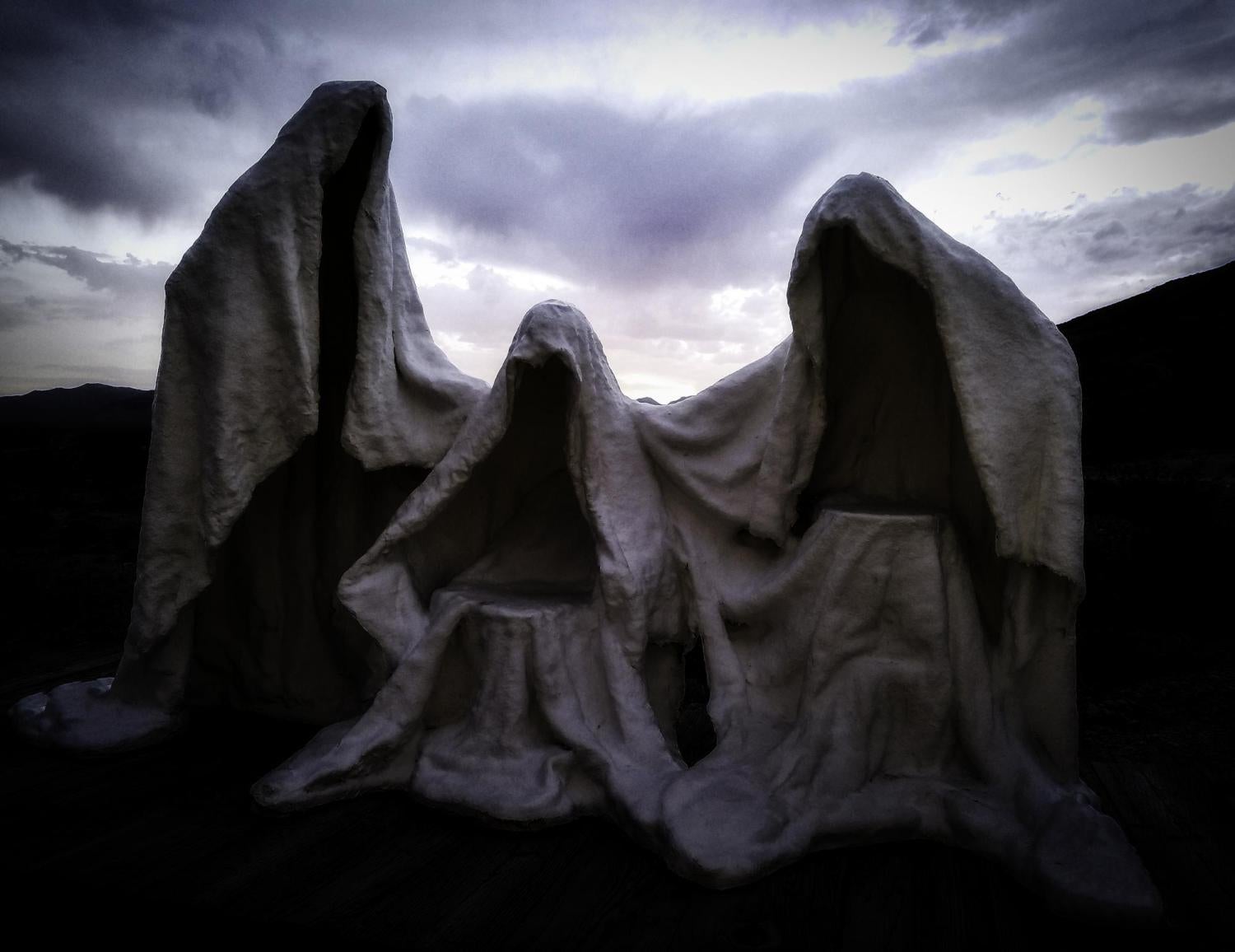 For someone who spends a lot of time in the realm of the supernatural, medieval historian and CU Boulder Professor Scott Bruce has never seen a ghost or any other form of the undead.

Working his way through college as a gravedigger, Bruce handled many coffins and bodies. He even inadvertently dug up bodies when the dirt wall of the adjacent grave broke and out popped the remains of a neighboring corpse.

“Bodies do a lot of shifting underground over time,” Bruce said, “but I never felt any malevolence from those people. I’m not drawn to this topic because I’ve had supernatural encounters, because I never have, not even an inkling. I would like to see a ghost if it was a pleasant experience. In the daytime.”

Bruce is director of the Center for Medieval and Early Modern Studies at CU Boulder. An expert on medieval monasticism, he has written two books about the monks of the abbey of Cluny. He is the author of the book The Penguin Book of the Undead: Fifteen Hundred Years of Supernatural Encounters, a haunting anthology of ghostly encounters between the living and the dead. 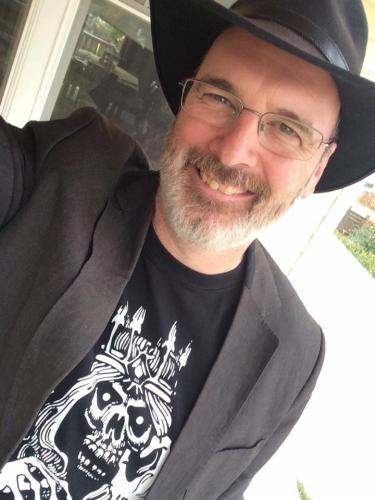 “The supernatural and superstition are often described as being beyond explanation or beyond reason,” Bruce said. “Knocking on wood or tossing salt over your shoulder has no effect, and yet people do it. When I was growing up, my sister used to throw salt. The top of the wainscoting in the kitchen was piled with salt.”

His interest in ghosts began with his research on medieval monks, who often mentioned ghosts. For millennia, tales of ghoulish antics have shocked and baffled us. Delving into ancient historical accounts and medieval theological texts, Bruce digs up tales of shambling corpses, wailing spirits haunting family members, demonic spirits and zombies with breath rancid enough to fell even the heartiest living person.

During the Middle Ages, it was widely believed ghosts could return from a place of perdition to ask for help through prayer and to warn family and friends of what would befall them if they misbehaved while alive.

“Very few of us go directly to heaven,” he said, “and only the truly wicked go directly to hell. Most of us, who are amateur sinners, go to a place of cleansing, which is also a place of suffering because we’re cleansed through fire. Generally speaking, ghosts are looking for help. What tends to be the problem is that they were not buried properly and cannot rest.”

The Middle Ages had its undead, too. The word “undead” has appeared as far back as the 10th century. In 12th century England, stories abound of corpses rising from the grave and wreaking havoc in villages. Seen as the agency of the devil or demons, these walking undead were people who had been particularly bad in life. The devil got ahold of their bodies and animated them for a malevolent purpose.

Ancient zombies were not the brain-eating zombies of modern lore. They stumbled around with pestilent breath that sickened and killed people unfortunate enough to inhale the virulent exhalation.

One story tells the tale of the corpse of an evil man who sought out his mistress. Breaking into her house one night, he lay on top of her in bed. She woke up suffocating under the weight of her former lover’s bloated body.

A number of folk remedies enabled villagers a way to dispatch the undead bothering family members. Among them: Chop off the creature’s head, gouge out the heart and burn the corpse. In some cases, wandering corpses were deterred by digging up the bodies during the day when they’re not active and turning them over in the grave so that, when they try to rise, the creature is digging down instead of digging up.

Stories such as these served as warnings about our behavior the same way that modern horror movies serve as a warning to teenagers who sneak into the woods to fool around.

Bruce suggests that our current obsession with zombies might be a reflection of our fear of biological catastrophe or threat of nuclear war.

The modern zombie craze began in the early 20th century, coming out of the Caribbean tradition of voodoo. It was popularized in 1932 with the Bella Lugosi film White Zombie and took hold in the 1950s and ’60s in the context of the Cold War. Invasion of the Body Snatchers, Bruce said, is a good Cold War analogy. Alien plants kill people and turn them into unthinking replicas that conform to what everyone else is doing—a metaphor for how Americans perceived communism.

“The undead are an amorally absolute enemy,” he said. “There’s no moral quandary about mowing down teeming hordes of undead because they aren’t people.”

Hell is still active in people’s imagination, Bruce said, although it’s more of an inspiration rather than something to fear. In his next book, The Penguin Book of Hell: Three Thousand Years of Torment, Bruce presents depictions of the punitive afterlife from the ancient world to modern America.

“What I find fascinating about hell is that the whole idea of hell arises through a sense that there is a lack of justice in the world,” he said. “Therefore, justice is held off until the afterlife. I think a holiday like Halloween works in a place that is generally stable, secure and peaceful, where we allow ourselves to be scared in a controlled way because our life generally isn’t scary.” 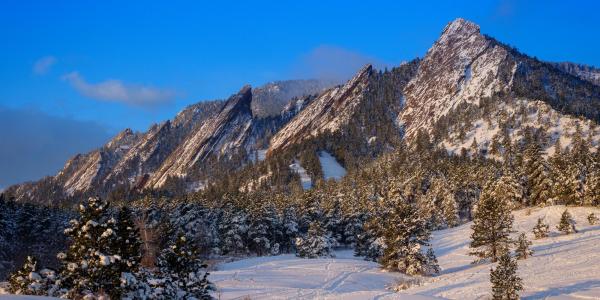 In the coming days and weeks, you may learn intimately of friends and colleagues who were directly impacted by the recent Boulder County fires. Professional counselor Stanley Ly gives advice on reaching out and offering support. END_OF_DOCUMENT_TOKEN_TO_BE_REPLACED 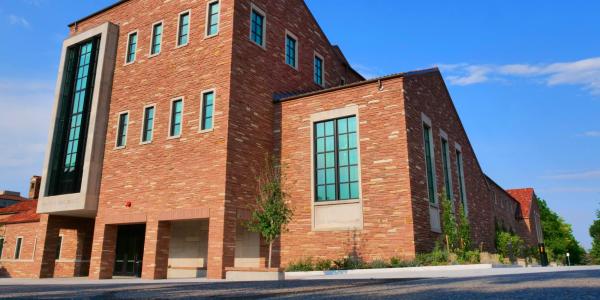 The newly expanded Imig Music Building strengthens the college’s Musicians’ Wellness Program by better supporting students in navigating the often complex and multifaceted path of being a musician. END_OF_DOCUMENT_TOKEN_TO_BE_REPLACED 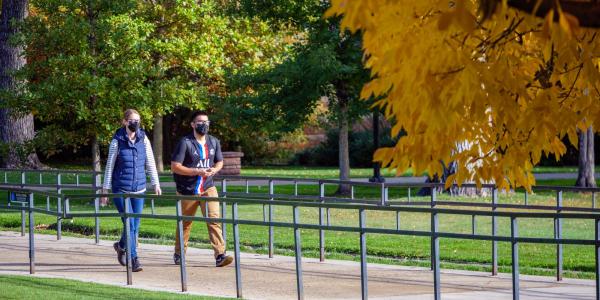 The doctor is in: Embedded therapist specializes in graduate students

To ensure graduate students receive the mental wellness support they need, Stacy Gerberich has joined the Graduate School as an embedded therapist with Counseling and Psychiatric Services. END_OF_DOCUMENT_TOKEN_TO_BE_REPLACED
Return to the top of the page