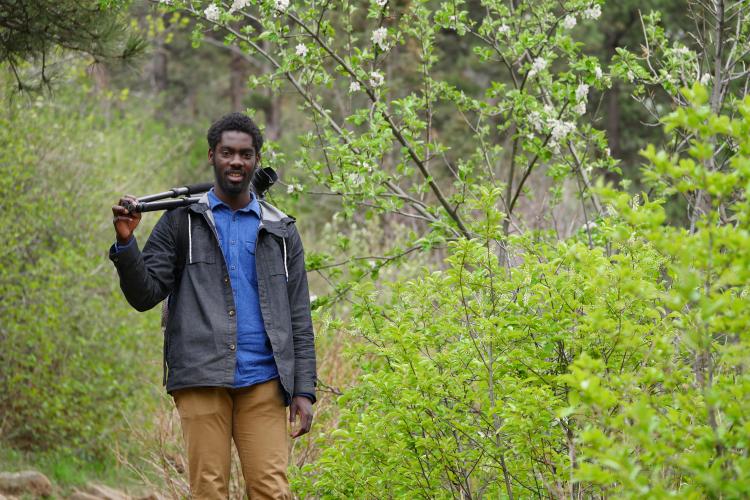 This summer, Ani Yahzid is embarking on an independent film project with a goal of encouraging young people to get outdoors. Assisting the CU Boulder undergraduate with his project is hip hop musician Namaste.

The Exposure Film Project: When Hip Hop Meets the Outdoors will be filmed in the wilderness of Olympic National Park. With little wilderness experience, Namaste will be exposed to the grandeur of the Pacific Northwest. The three short films comprising the project will feature alpine, rainforest and coastal environments and Namaste’s authentic reaction to each.

“We live in time when more and more children are disconnected from nature,” Yahzid said. “I want to use hip hop as a way to connect them with the outdoors. This film project brings together my love of hip hop and my love of the outdoors, which have not always gone together, but which I have been finding ways to combine that are fun and empowering.”

Born and raised in Atlanta, Georgia, the business and ecology and evolutionary biology major, is a photographer, filmmaker and musician. Growing up, Yahzid’s main cultural influence was hip hop recording artist Lil’ Wayne. Whatever Lil’ Wayne did, from skateboarding to hip hop music, Yahzid did too. His connection to the outdoors was limited to watching National Geographic documentaries on TV.

Yahzid was 6 when he began attending a Boys & Girls Club. When the Sierra Club hosted Saturday hiking excursions into the North Georgia Mountains for Boys & Girls Club participants, Yahzid went along.

One hiking trip in particular stands out for Yahzid, when the Sierra Club sponsored a three-day camping trip and gave each child a point-and-shoot camera to keep. As an urban child with few outdoor opportunities available to him, those experiences were his passage to the world of nature. Through the lens of his camera, Yahzid’s love of nature grew.

“On one trip, we hiked to the top of a mountain and there was snow on top,” he said. “That was a big deal to me. And I was always hoping to see a black bear. Those small experiences added up and pushed my passion for the outdoors forward.”

When he was 13, Yahzid was accepted into a boarding school in Colorado Springs. Immersing himself in Colorado’s outdoor activities, he upgraded his point-and-shoot to a DSLR camera, taking upwards of 300 photos a day.

On trips back home to Georgia, Yahzid noticed the difference between his friends in Colorado and those in Atlanta who had no access to the outdoors. Wanting to share his experiences and try to influence city dwellers to get outdoors, Yahzid came up with the idea to collaborate with Atlanta-based Namaste in a way that might appeal to millennials.

Yahzid hopes his film project not only will engage young people with the outdoors, but also will increase support for protecting natural parks and other places throughout the country.

While Yahzid had been taking photographs for a number of years, he hadn’t used the video function on his camera until last fall. He has since made several films on topics including social problems, climate change and relationships.

“What I am pushing to capture is authentic emotion,” he said. “To connect on an emotional level with the audience. No script. The emotional response that being outdoors evokes is the spirit of adventure. It fuels creativity. Seeing that there is more out there beyond what you grew up with.”

Learn more about Yahzid’s film project with on his TySounds website. 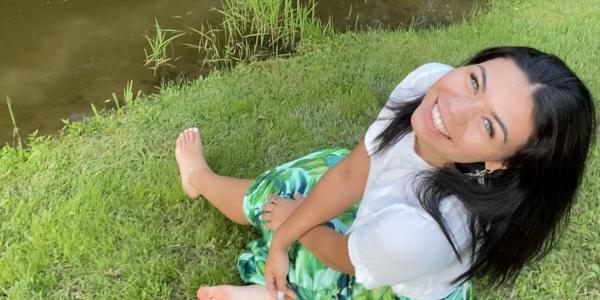 Millions of people don’t think twice when turning on the tap, but Indigenous activist and Right Here, Right Now Global Climate Summit panelist Tia Kennedy never takes a glass of water for granted. As a member of both the Oneida Nation of the Thames and Walpole Island First Nation, her connection to water is ancient. Learn more about Kennedy and how to get involved in the summit. END_OF_DOCUMENT_TOKEN_TO_BE_REPLACED 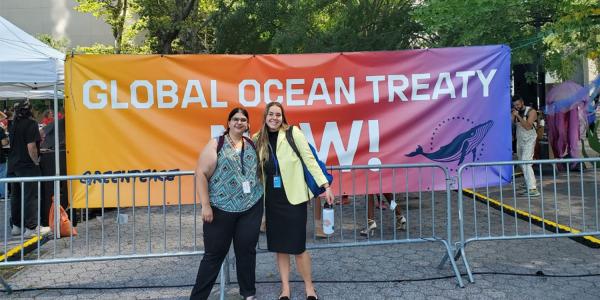 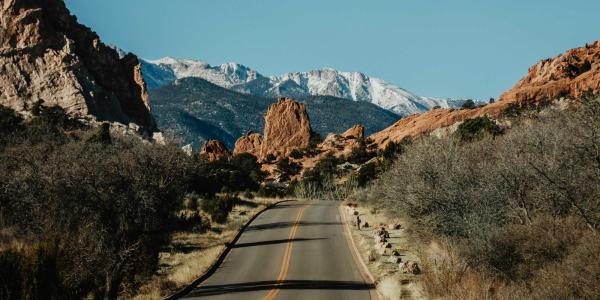