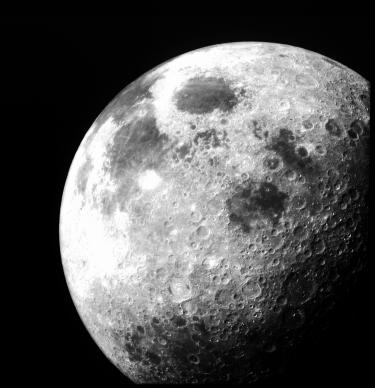 A University of Colorado Boulder team has entered into a five-year, $4.5-million cooperative agreement with NASA to become part of a virtual institute to pursue the construction of astronomical observatories on the moon.

The research group, which will be known as the Network for Exploration and Space Science (NESS), will implement partnerships to advance scientific discovery and human exploration in the lunar environment. The team will conduct research in robotics, cosmology, astrophysics and the study of the sun.

“We are thrilled to be selected by NASA to participate in this new solar system exploration initiative. It was a highly competitive selection process,” Burns said. “CU Boulder has a long heritage with NASA, and our undergraduates and graduate students are involved in virtually all of the space research that we conduct on campus.”

Burns said his NESS research team will pursue the construction of astronomical observatories on the moon, especially the far side, to make low-frequency radio observations of the first stars and galaxies to form in the early universe. NESS researchers also will study solar radiation from the sun, including coronal mass ejections that send plasma screaming toward Earth at about a million miles per hour.

“We also will be continuing our research with undergraduate science and engineering students on tele-robotics—rovers on planetary surfaces remotely operated by astronauts aboard both NASA’s Orion spacecraft and a human habitat in orbit around the moon,” Burns said.

The Orion command module is being developed by Lockheed Martin to carry four astronauts to destinations beyond low-Earth orbit, such as the moon, Mars and asteroids. The tele-robotics research is a collaboration between CU Boulder and Lockheed Martin Space Systems in Littleton, Colorado.

“This research is timely as NASA begins executing new human and robotic missions to the moon over the next few years,” Burns said.

Among the initial nine SSERVI centers selected in 2013 by NASA was another CU Boulder team, the Institute for Modeling Plasma, Atmospheres and Cosmic Dust (IMPACT). The IMPACT project is being led by physics Professor Mihaly Horanyi of the Laboratory for Atmospheric and Space Physics.

Among its newly announced SSERVI virtual institutes, NASA also selected the Southwest Research Institute (SwRI), located in Boulder, Colorado, for its Exploration Science Pathfinder Research Enhancing Solar System Observations (ESPRESSO). CU Boulder is a collaborating partner with the ESPRESSO team, which will pursue research, techniques and technologies leading to the safe and effective exploration of the solar system bodies like asteroids and moons.

SSERVI is based at NASA’s Ames Research Center in Mountain View, California. SSERVI scientists and engineers are working to address fundamental science questions to further human exploration of the solar system.

A new NASA report shows that the University of Colorado Boulder is the top university recipient of NASA astrophysics technology grants. END_OF_DOCUMENT_TOKEN_TO_BE_REPLACED

CU Boulder has been selected as a member of the United States Space Command Academic Engagement Enterprise, a new national program designed to expand collaboration and academic exchanges between universities and Space Command. END_OF_DOCUMENT_TOKEN_TO_BE_REPLACED

Since July 2022, a miniature satellite about the size of a shoebox has been orbiting Earth and monitoring how much solar energy reaches the atmosphere, one of the "most important" Earth science measurements. Now, scientists are finalizing their analysis of the first five months of the testing. END_OF_DOCUMENT_TOKEN_TO_BE_REPLACED
Return to the top of the page