Can't get to sleep? A wilderness weekend can help

Filling the day with natural light and the night with true darkness for as little as a weekend can have a profound impact on our circadian rhythm, which may help us fall asleep earlier and potentially deliver other health benefits, according to new research involving Colorado campers. 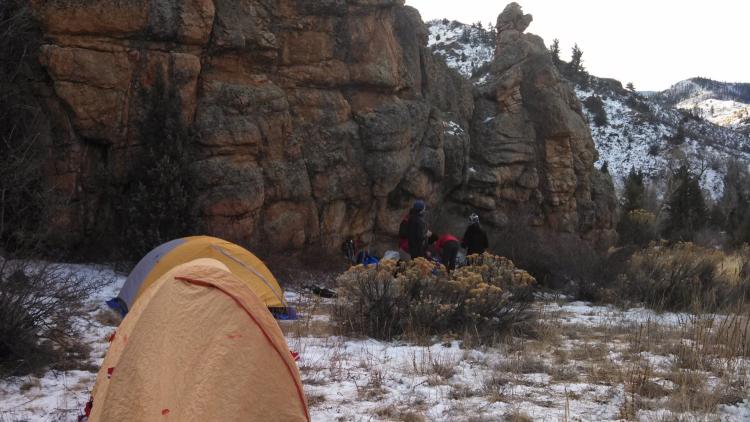 As little as one weekend of camping helped re-set circadian rhythms and promote sleep.

Go camping in the winter, and the impact may be even more potent, the two-study paper—published today in Current Biology—found.

“These studies suggest that our internal clock responds strongly and quite rapidly to the natural light-dark cycle,” said lead author and CU Boulder integrative physiology professor Kenneth Wright, who believes his findings could help light-based approaches for boosting work performance, quelling seasonal depression and circadian sleep-wake disorders. “Living in our modern environments can significantly delay our circadian timing, and late circadian timing is associated with many health consequences. But as little as a weekend camping trip can reset it.”

Previously, to study the impact our modern light-filled environment—or lack thereof—has on our clock, Wright for a 2013 paper sent volunteers camping for a week in the summer. They were exposed to four times more light by day than usual and prohibited from using headlamps or flashlights at night. Upon return, the onset of melatonin—a hormone that promotes sleep and physiologically prepares the body for nighttime—came nearly two hours earlier, near sunset. It began to wane, signaling the biological day, earlier, too. In essence, the campers’ clock synced with the summer sun. 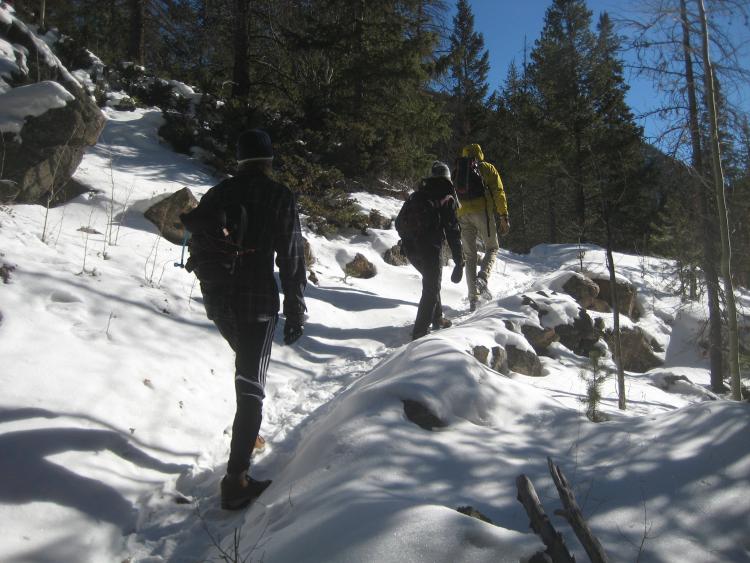 Volunteers head out for a camping trip in Colorado's Cache La Poudre Wilderness.

But questions remained. Just how quickly does the clock change in response to shifts in our light environment? And how big of an impact do seasonal changes have on human biological rhythms? To find out, Wright conducted the two new studies.

In the first, his team recruited 14 volunteers: Nine went camping in Colorado's Eagle's Nest Wilderness for a summer weekend; five stayed home. When the campers returned after just two days and had their saliva tested, their melatonin rise had shifted 1.4 hours earlier.

Unlike their counterparts, who stayed up and slept in later than usual while at home, the campers maintained their regular sleep schedule, preventing the “social jetlag” that contributes to Monday morning grogginess as a result from the clock shifting later over the weekend.

For the second study, five volunteers went camping for one week in Colorado's Cache La Poudre Wilderness near the time of the winter solstice and returned to the lab to have their melatonin tested hourly for 24 hours. Measurements showed they had been exposed to a whopping 13 times as much light by day as in their typical weekday environment during winter. While camping, they went to bed earlier and slept longer. Upon return, their melatonin levels began to rise 2.6 hours earlier.

Without being thrown off by artificial light, their biological night had naturally lengthened to align with the season—as it does with many animals. “This has been assumed but never demonstrated,” Wright said.

When light hits photoreceptors in the eye, it alters the master clock which then signals a cascade of events that impact rhythms in our body, influencing not only when we sleep and rise, but also the timing of hormone releases that impact appetite, metabolism and more. 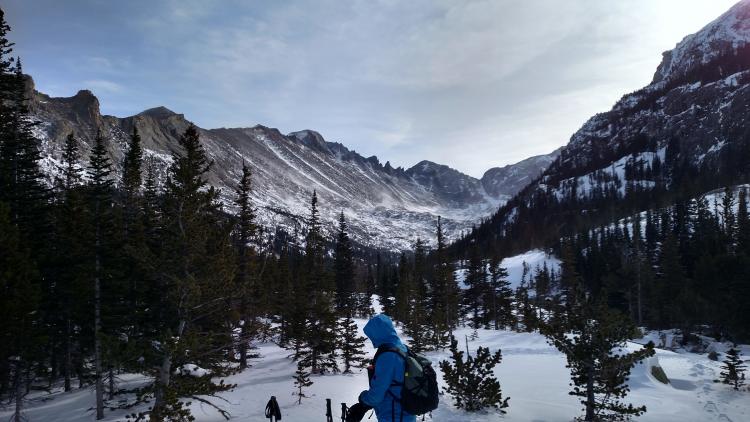 Winter campers got 13 times more natural light by day than they did at home.

Delayed circadian and sleep timing has been associated with a host of health problems, including poor cognitive performance, mood disorders, diabetes and obesity, Wright noted. “Our clock influences much more than sleep.”

Even after a weekend of camping, people have to keep a regular wake and sleep cycle in order to retain the circadian reset they’ve gained, he said. For those who want to get their circadian rhythm back on track but can’t get away for a camping trip, Wright suggests getting more bright natural light by day and shutting off smartphones and laptops well before bedtime.

There could be other solutions too, he said.

“Our findings highlight an opportunity for architectural design to bring more natural sunlight into the modern built environment and to work with lighting companies to incorporate tunable lighting that could change across the day and night to enhance performance, health and well-being.”

Co-authors of the new paper include co-first-authors Ellen Stothard and Andrew McHill; Thomas Moehlman, Hannah Ritchie and Evan Chinoy, who are or were graduate students in Wright's Sleep and Chronobiology Lab; postdoctoral researcher Christopher Depner; professional researchers Brian Birks and Jacob Guzzetti; and professors Monique LeBourgeois from CU Boulder's Sleep and Development Laboratory and John Axelsson from the Karolinska Institute and University of Stockholm. The research was funded in part by the National Institutes of Health.

Seventy-eight years ago on Jan. 27, the Auschwitz concentration camp closed after liberation by the Soviet army. Professor Janet Jacobs, who researches genocide, trauma and collective memory, discusses the ways in which the experiences and trauma of Holocaust survivors are passed down through generations. END_OF_DOCUMENT_TOKEN_TO_BE_REPLACED

A model of your very own kidney made entirely from soft and pliable polymers? Researchers at two CU campuses are on the cusp of 3D printing realistic replicas of human anatomy. END_OF_DOCUMENT_TOKEN_TO_BE_REPLACED

Legalizing recreational cannabis does not increase substance use disorders or use of other illicit drugs in adults and may reduce alcohol-related problems, according to new research. The study also found no link between cannabis legalization and increases in cognitive, psychological, social, relationship or financial problems. END_OF_DOCUMENT_TOKEN_TO_BE_REPLACED
Return to the top of the page