Rapid evolution at the edges of a given species habitat may play a larger role in population expansions than previously suspected, according to the results of a new University of Colorado Boulder-led study.

The findings, which were published today in the journal Nature Communications, could eventually lead to more accurate predictions about how a given species will expand or contract over time, providing crucial insight into long-term ecological issues such as climate change and invasive species encroachment.

Species range expansion has historically been considered a function of demographic metrics such as birth rate, mortality rate and dispersal habits. However, the role of evolution — specifically, the adaptation of new and useful traits by species members living near the edges of habitats — has generally been overlooked.

“Recently, researchers have hypothesized that evolution of key traits at a range edge could significantly affect spread rates,” said Topher Weiss-Lehman, a doctoral researcher in CU Boulder’s Department of Ecology and Evolutionary Biology and lead author of the new study. “This is one of the first experimental studies to rigorously test this idea.”

To simulate evolutionary processes in a controlled environment, CU Boulder researchers used red flour beetles, a rapidly reproducing species that can bear eight generations in a single year. The researchers placed groups of beetles from the same genetic source population into artificial landscapes in order to test their spread rates under different experimental treatments.

Populations that were allowed to evolve independently at the edge spread 6 percent faster on average compared to the other group. The beetles at the edge of the range also demonstrated greater dispersal rates than their cohorts.

The study may provide a foundation for future research on predicting how fast and how far a given species will be able to spread, such as an invasive species spreading through new habitats or a species that needs to relocate in response to climate change.

“Previous models of a spreading species tend to ignore evolutionary processes, but this work shows the important role evolution plays in range spread,” said Weiss-Lehman. “This is a first step toward better predictive tools.”

The results of the CU Boulder study coincided with similar findings from a separate study at Rice University led by doctoral student Brad Ochocki, which came to the same conclusion independently and was published simultaneously in Nature Communications.

“This is a fairly new idea that will need to be solidified through lots of replication, so it was nice to have serendipitous confirmation from another source,” said Weiss-Lehman.

Brett Melbourne, also of CU Boulder’s Department of Ecology and Evolutionary Biology, and Ruth Hufbauer of Colorado State University co-authored the new research. The study was supported by the National Science Foundation and the U.S. Department of Agriculture. 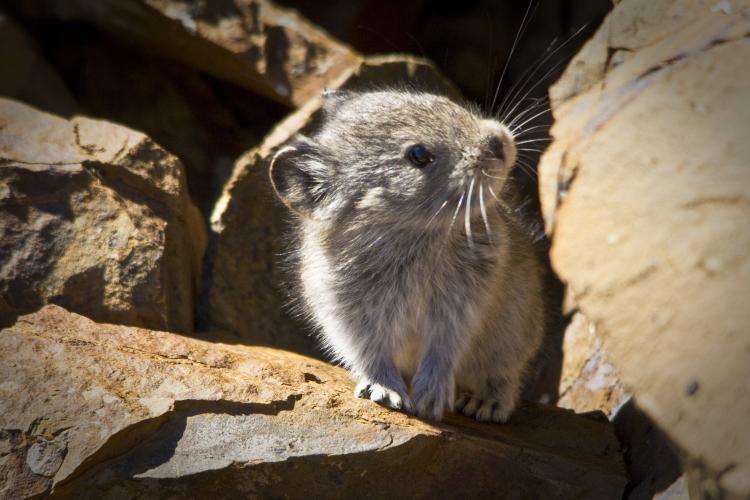 Birds that can live at 14,000 feet and also breed at sea level might have evolved more quickly than previously thought. END_OF_DOCUMENT_TOKEN_TO_BE_REPLACED

Despite the Inflation Reduction Act, U.S. progress on climate change remains stuck in a climate conundrum, CU Boulder experts say, hampered by politics, complexity and the scope of the problem. END_OF_DOCUMENT_TOKEN_TO_BE_REPLACED
Return to the top of the page