Finding a home, and a purpose, on campus 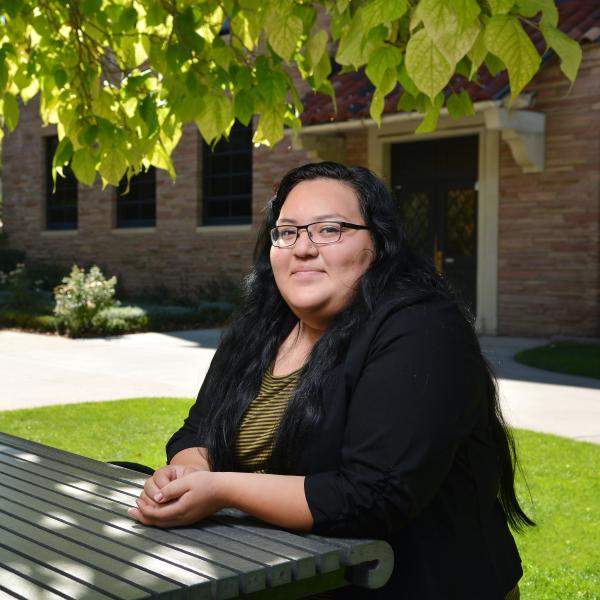 On her way to class, amid a crowd of other students, Zurisadai Juarez-Delgado felt alone. She believed her experiences were so different from most other students that she became withdrawn, thinking no one could possibly relate to her.

But Juarez-Delgado found a place where she could feel at home on campus, the inclusive community of the Education Diversity Scholars program at CU Boulder. As a result, she has discovered a career path that is changing the trajectory of her life.

The impact the EDS program has had on Juarez-Delgado is empowering her to make an impact on other students who might be struggling to fit in.

"I felt like I was given a home here on campus," Juarez-Delgado said. "EDS will support you no matter what throughout your college education."

'I thought I would not get to go at all'

Juarez-Delgado was born in Mexico City and migrated to Colorado with her family when she was 8 months old. She spoke only Spanish until she learned English in the third grade. The first in her family to go to college, Juarez-Delgado is able to attend CU Boulder with the help of scholarships and grants.

"Most kids know they will be going to college," she said. "There was a point where I thought I would not get to go at all. That was the worst feeling. I felt like if everyone else gets to go to college, I should, too."

As excited as she was about enrolling at CU, once she was on campus Juarez-Delgado began to feel as though she didn’t fit in. It was difficult for her to feel included when she was one of few students of color in her dorm.

By participating in Education Diversity Scholars with its community-building and validating focus, and by meeting students with culturally rich backgrounds and perspectives similar to hers, Juarez-Delgado was able to find her place at CU.

EDS is one of 14 programs of the CU LEAD Alliance. It's a student community within the School of Education at CU Boulder. EDS provides opportunities and support for under-represented and first-generation college students who want to be teachers, have an interest in critical aspects related to education and/or want to be involved in community-based educational programs focused on social.

Juarez-Delgado began as an integrative physiology student, who planned to become a dentist. After joining EDS last semester, she changed her major to ethnic studies and education with a new goal of returning to her Aurora high school, Hinkley High School, to be dean of students.

It's all thanks to guidance from mentors like doctoral candidate Cecilia Valenzuela, who serves as coordinator and as an adviser to student in EDS.

"I changed to education because I want to be the kind of person to students that Ceci has been with me," Juarez-Delgado said.  "She’s been very supportive, and that’s what I’m hoping to be to students someday."

"A lot of them want to return to their communities and change the educational system in ways that are more validating and affirming," she said. "I want students to know that they don’t have to do it alone. They need caring and engaging relationships, and knowing how to build those relationships in ways that support where they want to be successful."

Taking the lessons back home

Juarez-Delgado’s decision to go into education was affirmed when she helped with a weeklong summer youth program hosted by CU’s United Mexican American Students, an organization that brought 32 Latino/a and Chicano/a high school students to campus. The summer program, Aquetza, engaged the students in the history, literature and relevant social and political issues surrounding their cultural communities.  Watching the positive changes in the high school students during that week was a transformative experience for Juarez-Delgado.

"It was so amazing to see them grow in just one week," she said. "I could only imagine what a yearlong program could do for them. That’s when I decided I want to help in high schools."

Juarez-Delgado has ideas about programs she would like to implement at her former high school in Aurora, including a type of restorative justice program for students and enhancing the school’s academic learning environment through enriching and culturally affirming experiences.

"When I was in high school, I saw kids who were struggling," she said. "Instead of helping them out, I was judgmental. I very much regret not helping those students. If I could make a difference, even for just a few students, it would feel like I’ve achieved something. It would make me so happy." 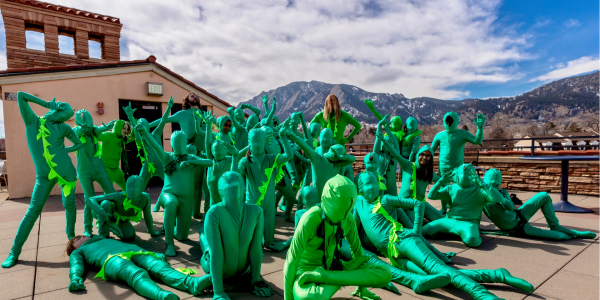 Learn about CU Boulder science students and postdocs, as well as local arts leaders, who are part of a new program focused on community action related to social and environmental issues. END_OF_DOCUMENT_TOKEN_TO_BE_REPLACED 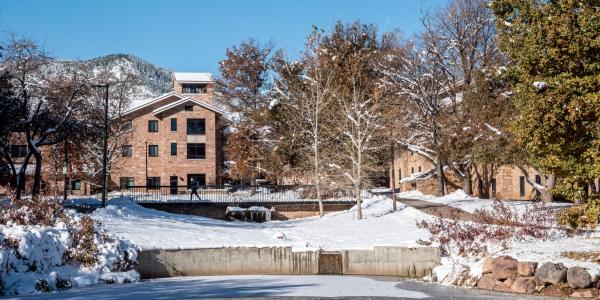 University of Colorado Boulder scientists know how to get teens excited about science – pick a good topic, such as using science to solve crimes, and then package it in a “café” setting. The Teen Science Café – the next one dubbed “CSI Botany: Using Plants to Solve Crimes” - is part of a national push to get more young people involved in science, technology, engineering and math (or STEM) subjects. END_OF_DOCUMENT_TOKEN_TO_BE_REPLACED
Return to the top of the page