A probiotic treatment has been shown to effectively inoculate endangered Colorado toads and protect them from a virulent fungus that has ravaged the population in recent decades, according to the results of new University of Colorado Boulder research.

The study found that restoring the environmental bacterium Janthinobacterium lividum (J. lividum) to boreal toads raised in captivity resulted in a 40 percent increase in survival when the toads were subsequently exposed to the fungus.

The new findings were published today in the journal Proceedings of the Royal Society B.

Boreal toads are found throughout the western U.S. and southern Canada at elevations between 7,000 and 12,000 feet. Once common, the species has become increasingly threatened over the past three decades by the fungus Batrachochytrium dendrobatidis (Bd), which can invade an amphibian’s skin cells and release spores that interfere with vital bodily functions. Within Colorado, the boreal toad population is considered endangered.

Amphibians, like humans, have a microbiome system composed of bacteria and other microorganisms living in their gut, throat and skin. Previous research has indicated that a diverse microbiome may aid in disease resistance.

CU Boulder researchers compared the skin microbiome of wild boreal toads to boreal toads reared in sterile enclosures at the Native Aquatic Species Restoration Facility (NASRF) in Alamosa, Colorado. The toads raised in captivity there are part of an ongoing Colorado Parks and Wildlife (CPW) conservation effort aimed at restoring the population.

The study found that the toads developing in captivity lost substantial bacterial diversity in their skin over time due to reduced environmental exposure and thus were far more susceptible to Bd infection.

“Amphibian skin is a critical layer of mucous-like secretions and thus a rich and important microbiome habitat,” said Valerie McKenzie, an assistant professor in the Department of Ecology and Evolutionary Biology at CU Boulder and senior author of the new study. “In a sterile captive environment, that skin microbiome loses its antifungal protective ability compared to wild toads.”

When the researchers reintroduced the naturally-occurring antifungal bacterium J. lividum to the captive toads’ skin, however, the toads’ survival rate increased by 40 percent, suggesting that some negative effects of microbiome depletion can be reversed using targeted probiotic treatments.

The researchers are currently working with CPW officials to inoculate boreal toads scheduled for restocking throughout Colorado. Juvenile toads are soaked in a liquid solution containing J. lividum for 12 hours before returning to the wild. The first batch of inoculated toads were released earlier this year. The researchers have dubbed the effort “Project Purple Rain” because of the distinctive color of J. lividum.

“These protective bacteria are already native in the toads’ environment, so we’re not introducing anything new here,” said McKenzie. “We’re just giving them a boost.”

The research underscores the importance of maintaining a ‘wild-like’ microbiome in animal breeding and restocking programs in order to bolster immunological health upon reintroduction.

Co-authors of the new study include Jordan Kueneman, Douglas Woodhams and Holly Archer of CU Boulder; Rob Knight of the University of California San Diego; and Reid Harris of James Madison University.

The study was supported by the Native Aquatic Species Restoration Facility, Colorado Parks and Wildlife, the National Science Foundation, the Keck Foundation and the John S. Templeton Foundation. 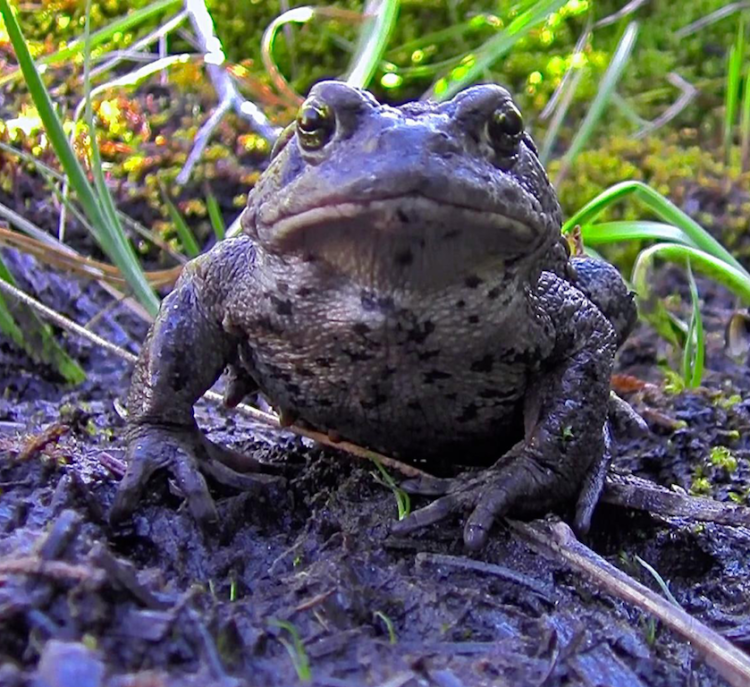 With National Science Foundation support, a CU Boulder-led initiative aims to attract underrepresented people to geosciences and foster grassroots ideas at the frontier of “inclusive and collaborative science.” END_OF_DOCUMENT_TOKEN_TO_BE_REPLACED

Researchers from CU Anschutz and CU Boulder are developing an artificial intelligence tool to diagnose dementia at earlier stages in an effort to curb its progress and plan more effective treatment options. END_OF_DOCUMENT_TOKEN_TO_BE_REPLACED

A new CU Boulder-led study documents how a durable plastic can be perpetually broken down and remade, without sacrificing its desired physical properties. END_OF_DOCUMENT_TOKEN_TO_BE_REPLACED
Return to the top of the page