Paige Anderson Arthur got hooked on science fiction and the prospect of space travel when she started watching Star Trek at age 13. Now, the Denver native is immersed in aerospace engineering at CU Boulder, which is why she joined in the celebration Thursday as a new $3 million partnership with global aerospace industry leader Lockheed Martin was announced.

The partnership -- one of many between Lockheed Martin and CU -- establishes new academic programs aimed at cultivating the next generation of space engineers.

For Anderson Arthur, a senior, it means more opportunities and connections. Already, she has worked at the Colorado Space Grant Consortium on a balloon payload project called HELIOS and on a small project called PropSat, a propulsion module for a cubesat. During her junior year, she worked at BioServe Space Technologies, an on-campus center that engineers biological experiments for the International Space Station. This past summer, Anderson Arthur worked at Lockheed Martin on a lunar cubesat called SkyFire, and this year she will be working on a Lockheed Martin-sponsored senior project at CU.

"This is an amazing opportunity," Anderson Arthur said. "I didn't expect to do this much hands-on stuff this early. It's really cool to apply what I learn before I even graduate."

"Each person depends on RF technology in one way or another, from television and radio, to phone communications, to GPS navigation," Jackson said. "As the complexity of our satellite systems and national security solutions grows, so does our demand for world-class talent. This partnership ensures that University of Colorado graduates have the skills they need to build the systems of the future while also advancing Lockheed Martin’s ability to develop revolutionary and relevant innovation."

Terri Fiez, vice chancellor for research, and Robert Davis, dean of the College of Engineering and Applied Science, also made remarks.

"We're really kindred spirits in being about innovation and having innovation in our DNA," Fiez said. "CU Boulder is really doubling down on innovation and entrpreneurship...This partnership is really going to reinforce that."

Students and graduates will be able to take advantage of the RF Payload Center of Excellence at Lockheed Martin’s Waterton Canyon site, which is the company’s hub for RF space technology development. The program has created the opportunity for six students thus far to learn the intricacies of satellite radio development.

"There's a lot you can get your hands on and involved with in terms of hardware," said Wylde, whose interest in radio and how things work may have started when he dismantled and -- at his mother's urging -- reassembled a VCR as a kid.

Lockheed Martin employees will also benefit from the new relationship. For example, the new RF-focused degree programs will offer unique skills training for employees who want to take advantage of opportunities in the RF Payload Center of Excellence, which has added over 60 jobs in the past six months.

The CU research center continues a strong partnership between the university and Lockheed Martin, a relationship that funds joint research programs, supports student design projects and facilitated a cubesat mission. Lockheed Martin has sponsored nearly $7 million in research at CU and is working to start new projects totaling $650,000 by the end of the year. In 2015 Lockheed Martin hired graduates from 15 CU majors. The corporation employs more than 500 alumni working in its Space Systems division alone. 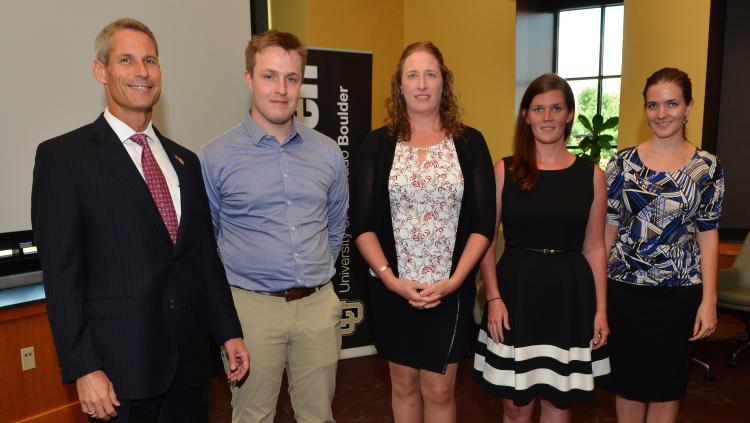 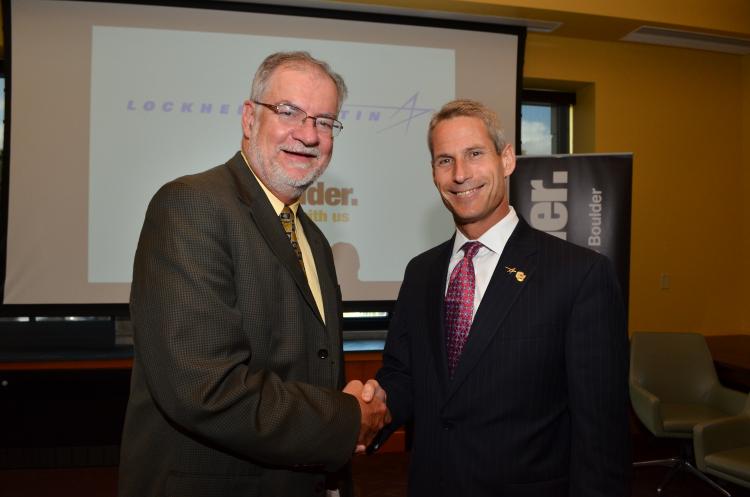 "We're really kindred spirits in being about innovation and having innovation in our DNA," Vice Chancellor for Research Terri Fiez said. "CU Boulder is really doubling down on innovation and entrpreneurship...This partnership is really going to reinforce that." 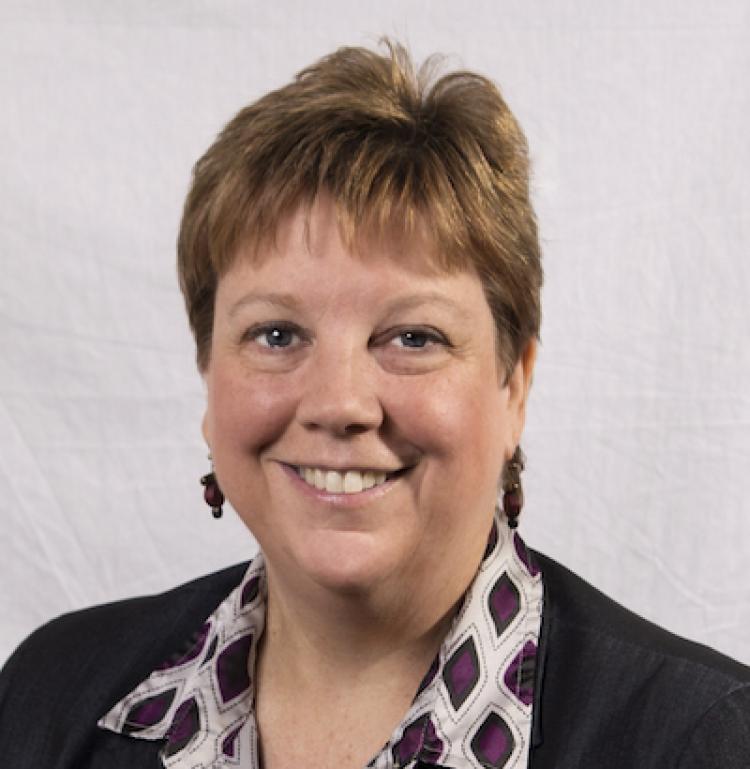 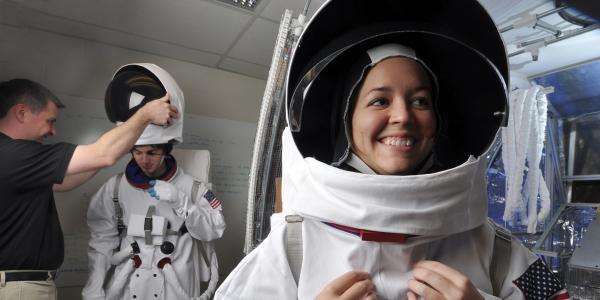 CU Boulder's newest minor - in space - has lift off

Capitalizing on its reputation as a top public university in space research, CU Boulder has launched a brand new Space Minor program for all undergraduate students. Students are invited to learn more at an event 7 p.m. Thursday, Sept. 1, at the Fiske Planetarium. The event will feature astronaut Jim Voss - and pizza and drinks. END_OF_DOCUMENT_TOKEN_TO_BE_REPLACED 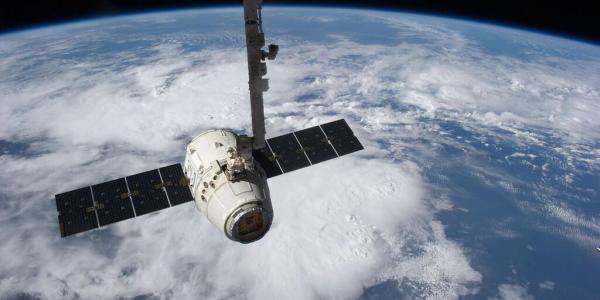 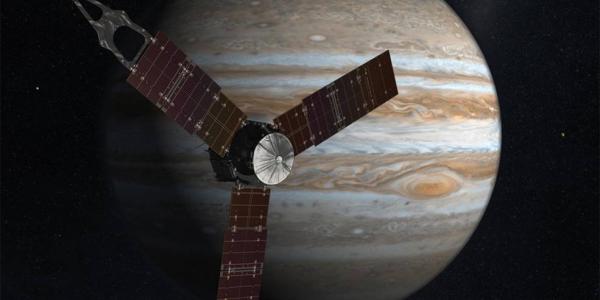 A group of University of Colorado Boulder faculty and students are anxiously awaiting the arrival of NASA’s Juno spacecraft at Jupiter July 4, a mission expected to reveal the hidden interior of the gas giant as well as keys to how our solar system formed. END_OF_DOCUMENT_TOKEN_TO_BE_REPLACED
Return to the top of the page