While it may not be a surprise that the number of elderly inmates is growing in the United States, the pace of that growth and the complexity of the inmates’ health problems is posing new challenges to researchers, policymakers and correctional employees.

A University of Colorado Boulder paper published online in the Journal of Aging and Health in November reported that the number of people in the U.S. inmate population aged 55 and older is expected to increase a remarkable 4,400 percent in the period from 1980 to 2030, far outpacing growth of older adults in the general population. According to the most recent available data, there are more than 124,900 prisoners aged 55 and older behind bars in the U.S. compared to just 8,853 in 1981.

The researchers found that the percentage of older adults with two or more chronic medical conditions also significantly increased over the previous decade.

“The presence of multiple chronic conditions increases the complexity of disease management, and the combination of diseases presents challenges to healthcare systems both in improving quality of life and expenditures for an aging population,” said Kathryn Nowotny, lead author and a doctoral student in CU-Boulder’s sociology department at the time of the study.

Nowotny pointed out that it costs an average of $34,000 per year to house a prisoner but that figure doubles to $68,000 per year for a prisoner who is 50 or older. Those same elderly inmates are at lower risk of repeat offenses than younger inmates.

Most research thus far has focused on the health of incarcerated adults in terms of a single medical condition or disease, she said.

“In this paper we wanted to examine the presence of multiple chronic conditions along with other conditions including infectious disease, functional impairments and mental and behavioral health,” said Nowotny, soon to begin a post as assistant professor of sociology at Miami University.

Inmates have such worse physical and mental health outcomes than their peers in the general population that age 50 is used to define “elderly” as opposed to age 65 outside, according to the study. This is due to poor diet, stress and drug and alcohol abuse, as well as factors such as head trauma, poor health care, low educational attainment and socioeconomic status.

But what surprised Nowotny most was the representation of veterans among the aging male inmate population the researchers studied.

“When we looked at the health profiles and specifically the group of the most unhealthy inmates, half of them were veterans,” Nowotny said. “Given the time of data collection and the age of the inmates, it appears these are Vietnam War-era servicemen. It is something that warrants further attention.”

The paper also examined the ability of elderly male inmates to engage in daily living activities. The current study found that on average 12 percent of elderly inmates required an aid for daily living such as a cane or walker but that percentage is higher (24 percent) for the most unhealthy inmates. Previous research shows that 69 percent of inmates ages 50 and older said they struggled with at least one activity such as dropping to the floor for alarms, standing for count, getting to meals, hearing orders and climbing to a top bunk.

The growth in the number of aging prisoners is the result of multiple trends, including the nation’s war on drugs and its harsher penalties for those arrested on drug charges. In fact, the majority of older adults in prison are serving sentences of 20 years or more for drug and other nonviolent crimes, Nowotny said.

Nowotny said there are no consistent protocols from state to state to address the needs of aging inmates in the country that tops the global list for incarceration at 2.3 million.

“Moving forward, as the population continues to age, we need to think about living environments for non-able-bodied people, and think about better integration of services in prison,” Nowotny said.

The research was funded by the CU-Boulder Population Center and a National Institutes of Health predoctoral fellowship. 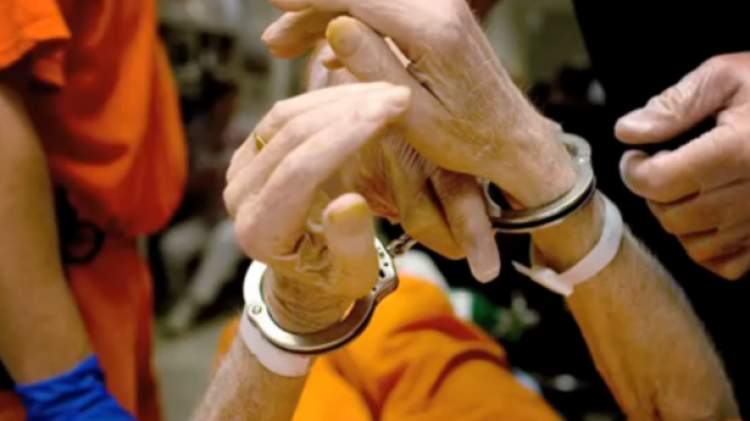 Survivors of events like the recent Marshall Fire may face what sociologist Lori Peek called "the long tail of disaster-related trauma." She argues these survivors need mental health resources and support from friends and family long after the television cameras are gone. END_OF_DOCUMENT_TOKEN_TO_BE_REPLACED

A global study of 13,000 individuals found people around the world base their opinions of COVID-19 policies on who supports them, not what's in them. It suggests scientists and bipartisan coalitions, not political elites, should be the first ones to communicate pandemic plans. END_OF_DOCUMENT_TOKEN_TO_BE_REPLACED

As COVID-19’s omicron variant surges throughout many parts of the country and in Boulder County, researchers Kristen Bjorkman, Dan Larremore, Leslie Leinwand and Roy Parker are providing info to improve people’s awareness and safety. END_OF_DOCUMENT_TOKEN_TO_BE_REPLACED
Return to the top of the page