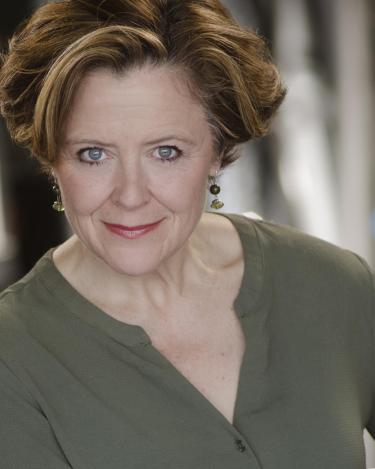 Tamara Meneghini is a professional actor, voice/movement coach, and teaching artist.  She belongs to the Actor’s Equity Association (AEA), the Association of Theatre Movement Educators (ATME), and the Voice and Speech Trainers Association (VASTA, co-chair Engagement Committee). She has also taught courses in acting, movement, and voice at the Johnny Carson School of Theatre and Film at the University of Nebraska-Lincoln, Creighton University, University of the Arts-Philadelphia, and the American Academy of the Dramatic Arts–New York.  She holds an MFA/Acting, a BA in Theatre/Music Performance, and is a certified in the Fitzmaurice Voicework and Williamson Movement Technique.

She developed and has performed the award-winning original solo work, The Great Goddess Bazaar (written by David Rush and directed by Jane Page) at the International Fringe Festival in Edinburgh, Scotland, 2013, Stratford Circus (London), United Solo Festival (NY, Best Variety Show), Boulder International Fringe Festival (Fringe Encore Award) and she garnered the Denver Ovation Award for Best Solo Performance in 2012. It continues to tour across the country, with accompanying workshops in creating character through the exploration of voice and movement (for more information please visit www.goddesshere.com).  She was the recipient of the 2011 Kennedy Center American College Theatre Festival, Teaching Artist Fellowship to study with Giovanni Fusetti, of the Helikos School of Physical Theatre and a recipient of the 2010 Kennedy Center American College Theatre Festival Acting Teacher Award, Region VII.