Since its inception, First Peoples Worldwide has worked to disrupt systems of inequity in the corporate sector, and to create inroads, networks and capacity for Indigenous leaders and communities to elevate their self-determined goals from a foundation of their values.

In the midst of the global pandemic and renewed conversation around racial justice and equity, First Peoples Worldwide worked throughout 2020 alongside Indigenous Peoples and advocates to effect solutions and positive change. Highlights include:

In the coming year we will build on the systems change necessary to better align corporate culture and investment principles with the rights of Indigenous Peoples. We will scale operations strategically and leverage expertise in business, finance, human rights and Indigenous rights to revitalize conventional approaches to investment in Indian Country by providing tools, resources, and technical and leadership support that catalyze new, more just approaches.

Below are further details about the projects and strategies deployed during 2020. As the year comes to end, we offer deep gratitude to program participants, partners, and supporters who make the work possible, more impactful and more enduring. We look forward to working with you in 2021.

Comprehensive Advocacy Strategy with and by Indigenous Peoples

Indigenous-led corporate advocacy such as that at Standing Rock and in the Arctic Refuge is critical to enshrine Indigenous rights in corporate governance and to ensure remedy when violations occur. Working with the Gwich’in Steering Committee and allies this year, engagements led to policy from over two dozen major international banks that opposed drilling in the Coastal Plain of the Arctic Refuge, including the six largest U.S. banks, as well as growing support from insurance companies. While the outgoing administration moves forward with plans to sell off the Refuge, the Gwich’in have made it clear they will continue to use all means necessary to fight for their sacred ancestral land.

A key resource for these engagements is First Peoples’ Social Cost and Material Loss: The Dakota Access Pipeline case study, which has been widely cited since its release in 2018, and which was recently associated with discouraging oil and gas development in the Coastal Plain. We are updating the case study to reflect further losses after the pipeline’s court-ordered shutdown in July. Another resource is our Free, Prior and Informed Consent Due Diligence Questionnaire.

Through his fellowship with First Peoples Worldwide, Dave Archambault II has continued to share his experiences as Standing Rock Sioux Tribe Chairman during construction of DAPL, engaging virtually with Indigenous leaders and communities. He recently wrote about the urgent need for a proper environmental review several years after the pipeline went into operation, and discussed ongoing action around DAPL with the SIPA Journal of International Affairs, EarthJustice and MSNBC. 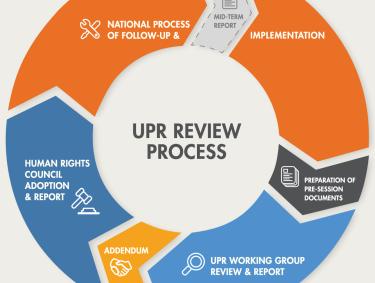 A parallel strategy to move corporate behavior towards systemic change is to pursue international mechanisms that can specifically articulate and denounce human rights violations. When bodies, such as the United Nations (UN) or the Inter-American Commission on Human Rights (IACHR), issue statements or hold hearings on violations of Indigenous rights, corporate actors pay attention.

First Peoples worked with the Gwich’in Steering Committe to file petitions with the UN Committee on the Elimination of Racial Discrimination (CERD) and more recently with the IACHR to address violations of the Gwich’in’s human rights plan to open the Arctic Refuge to oil and gas development. While the latter petition is pending, the CERD engagement led to two levels of inquiry by the UN.

For the UN Universal Periodic Review of the U.S.’s human rights record of the last five years, First Peoples worked the US Human Rights Network to delineate concerns for Indigenous rights violations during the pandemic, presenting 20 recommendations for improvement. 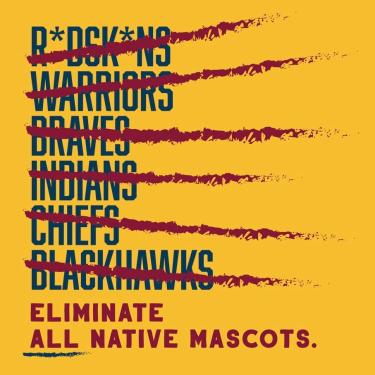 In 2020, First Peoples was named secretariat of the Investors & Indigenous Peoples Working Group (IIPWG), a global coalition of Native and Non-Native professionals. Through long affiliation with IIPWG, First Peoples has created pathways for Indigenous Peoples to voice their priorities, and help investors – whether business, philanthropy or finance – to shift to more equitable values.

In late June, following widespread calls for racial justice in the U.S., First Peoples and IIPWG members led a campaign of investors worth $620B AUM asking NFL corporate sponsors to end their affiliation with the Washington Team unless they changed their racist name. First Peoples then marshalled nearly 1500 Native organizations and advocates to demonstrate broad consensus that racist branding has no place in modern corporate culture. By July 13, the team had retired the name.

Other engagements across sectors this year included advocating for more robust consideration of Indigenous Peoples in the Equator Principles and the Principles of Responsible Banking, and supporting the voter enfranchisement in Indian Country through the Natives Vote 2020 project.

We were pleased to announce that Kate R. Finn, who served as Staff Attorney for First Peoples Worldwide since 2018, was appointed Executive Director in December. Kate follows Carla F. Fredericks, who homed First Peoples at Colorado University Boulder and served as Director after founder Rebecca Adamson retired. Carla moves to lead The Christensen Fund in its mission to align philanthropy with Indigenous rights, biodiversity stewardship and international mechanisms to protect and build opportunity for Indigenous Peoples. 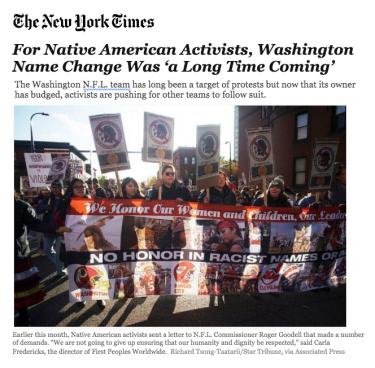 Native Americans are facing voter suppression. This resource wants to help them overcome it (Fast Company)

If you are interested and able to give at this time, please consider a donation to the Susan White Yethiya wihe Advocacy Fund or in support of the Rebecca Adamson Indigenous Rights & Business Scholarship.