DAPL Engagement Today: The Need for a Proper Environmental Review 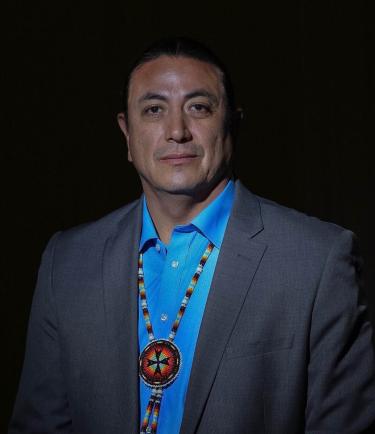 “Every moment oil flows through the unlawfully constructed pipeline, our land and our people are in danger.” –Dave Archambault II

Since becoming Senior Fellow at First Peoples Worldwide, Dave Archambault II has traveled the world to share his experiences as Standing Rock Sioux Tribe Chairman during construction of the Dakota Access Pipeline (DAPL). While his work has gone virtual since the onset of the COVID-19 pandemic, he continues to meet with Indigenous communities, business leaders, students and educators to advocate for responsible economic development in Indian Country.

When I first saw plans for the Dakota Access Pipeline construction, one thing was clear: it ignored the Standing Rock Sioux Tribe completely.

Despite the fact that the pipeline was set to cross underneath Lake Oahe, our main water source, the Tribe was not given the opportunity to meaningfully comment or participate in the decision for where the pipeline should be routed. This is in contrast to the decision made to reroute around the city of Bismarck.

When representatives from Energy Transfer Partners (ETP) and DAPL met with the Tribe in September 2014, I shared that the Tribe has a standing resolution from 2012 that opposes any pipeline within our treaty boundaries. [Listen to the meeting audio on Facebook.]

Offers from the Tribal Historic Preservation Officer (THPO) to provide information on our treaty boundaries and sacred places were ignored. And then, in 2015 when the draft Environmental Impact Statement (EIS) was released, our reservation was not even marked. It was as if we didn’t even exist.

This was a clear indicator that the process for the pipeline’s mandatory environmental review was deeply flawed, and that there was no intention of meaningfully integrating our concerns or wellbeing into the assessment and implementation of the pipeline.

Despite months of requests to the U.S. government for consultation – which is federally mandated in the U.S. for infrastructure projects that could endanger a Tribe’s health or negatively impact our sovereign lands – the pipeline was permitted and construction got underway without the free, prior and informed consent of the Tribe. We were left with no choice but to take legal action to protect our people.

In July 2016, the Standing Rock Sioux Tribe sued the Army Corps because it fast tracked approval of a permit to build under Lake Oahe without involving the Tribe and without the full environmental and cultural reviews necessary.

In July of this year, almost exactly four years after the initial suit, the same judge who heard our initial case, ordered DAPL to be shut off and emptied within 30 days for a full reassessment due to the Army Corps’ inadequate environmental review. The Army Corps, however, avoided shutdown after a D.C. Circuit Court of Appeals order  allowed oil to continue flowing. Yet the same order dissolved an administrative stay, “vacating the permit for the pipeline to cross underneath Lake Oahe, which leaves the pipeline operating illegally.”

As of this writing, the pipeline is determined to be permitted illegally by the court – the Army Corp is allowing for a company in the U.S. to continue operation unlawfully.

This month, on September 10, the Army Corps announced the first phase of the court-ordered EIS process for the pipeline crossing, in order to look at the “scope” of the EIS and “alternatives to be considered.”

With comments due October 26 for the EIS, what are the priorities?

First, the Army Corps should include the Tribe as a partner in the process. The Tribe will have their own technical experts who will raise the necessary questions, including those questions that brought the judge to determine an EIS is necessary.

Secondly, as identified in the Tribe’s lawsuit, the Army Corps did not answer specific questions to landslide risks, inadequate spill-detection systems, underground leaks, response times, spill volumes, water-quality analysis, and winter conditions, and it failed to look at portions of the pipeline entering and exiting the boreholes.

Finally, the EIS cannot be a check-the-box process just because the pipeline already exists. A fair and full analysis should take three to four years, not the proposed 11 months.

Irresponsible development from outside entities is a continual problem in Indian Country and for Indigenous Peoples throughout the world. The majority of U.S. infrastructure projects that have affected the lives and communities of Standing Rock have had a negative impact. For example, railroad systems wiped out our buffalo and hydroelectricity flooded our lands. Huge infrastructure projects like these benefit the U.S., but at great expense to the Tribe, and we continue to pay the price today.

When I look at the full timeline of the legal action that has occurred around the Dakota Access Pipeline, I think of the tremendous amount of time, resources and energy spent due to the initial inadequate EIS – all of which could have been avoided if the companies had listened to us in 2014. 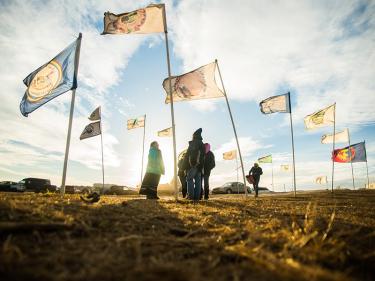 I also reflect on the tremendous dedication, perseverance and courage of our people and allied groups who continue to fight to ensure that we are not harmed by this irresponsible development project.

As the Army Corps’ late October deadline approaches, I have deep concerns about how they will improve their review parameters. Every moment oil flows through the unlawfully constructed pipeline, our land and our people are in danger.

But I am encouraged by the unity among Indigenous Peoples and with the strength and resilience of our youth and our elders. Together we will ensure the health and prosperity of our people, and we will protect Mother Earth.