First Peoples Worldwide applauds the tireless work of the Standing Rock Sioux Tribe, the Cheyenne River Tribe, the Oglala and Yankton Sioux Tribes and other tribal and non-tribal advocates for their patient and forward-looking advocacy to elevate Indigenous concerns related to the Dakota Access Pipeline for over 6 years. The federal court ruling today is a clear victory standing on those efforts.

The United States District Court for the District of Columbia ordered a shutdown of the pipeline and removal of oil from the pipeline within 30 days so that the federal government can complete a full Environmental Impact Statement (EIS). The court’s decision relies heavily on the arguments put forward by the tribes since 2016, showing that the bare minimum environmental review is insufficient to properly understand the impact of the pipeline on the affected Indigenous Peoples’ lands and waters. 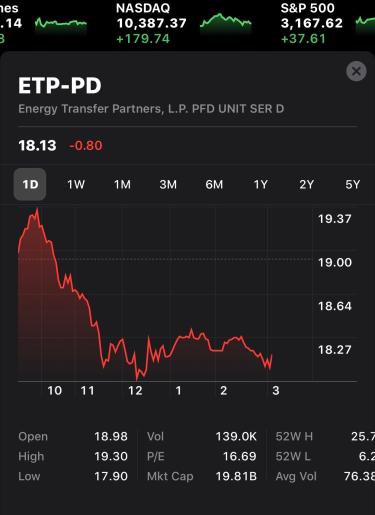 In court filings, Dakota Access states that it could lose as much as $643 million in the second half of 2020 and $1.4 billion in 2021 if ordered to shut down. Those numbers are now reality. Energy Transfer Partners’ (ETP) share price has dropped precipitously in the market today. [UPDATE 7/7/20: reports from publically available data suggest Energy Transfer (ET) lost close to $2.5B in market cap Monday, and ETP lost about $643mm.]

The court ruling relies heavily on the impact that a potential spill would have on the environmental resources in and around Lake Oahe, which has been a central component of the tribal opposition to the pipeline since 2014. To take it another step, the impact of the ruling once again confirms the findings in First Peoples Worldwide’s case study: a failure to adequately consider the totality of the social, environmental and cultural risks of development on and near Indigenous lands leads to material loss.

In 2018, our case study showed that the failure to recognize the human rights of Indigenous Peoples resulted in a material loss of over $12 billion to multiple stakeholders, including ETP and associated financial institutions. The case study shows the many ways that the free, prior and informed consent (FPIC) of the Standing Rock Sioux Tribe, and other impacted tribes, was not fully solicited and that the subsequent failure to consider the total impacts of development led to the social opposition that delayed pipeline construction and generated negative financial consequences for those stakeholders. Unfortunately, Indigenous perspectives on the environmental, cultural and social impacts of the pipeline were sidelined into a rote, compliance-based consultation process. This procedure was wholly inadequate to understand the environmental and social impacts of the pipeline. Even today, three years after the pipeline went online, the court notes that there is not an adequate emergency plan in space should the pipeline start leaking into Lake Oahe.

The ruling today also underscores a main finding from the case study: corporate reliance on federal regulatory procedures to consider the breadth of the rights of Indigenous Peoples to their lands, resources and territories is misguided. In fact, ETP’s reliance on the bare minimum compliance procedures led to the ruling today, which will generate additional financial losses as the pipeline is taken offline while an EIS is prepared. The case study demonstrates the need for all institutions to conduct due diligence that encompasses all of the environmental, social and cultural impacts of development as enumerated in the United Nations Declaration on the Rights of Indigenous Peoples and other international standards to best understand the impacts of development on all of the rights of Indigenous Peoples.

In today’s ruling, ETP and others argue that the economic impacts of shutting down the pipeline are too great to allow for such an event. The court expresses its agreement inasmuch as there are a significant number of jobs that will be lost and there will be impacts on the local and state economy, however the court orders the pipeline closed due to “the seriousness of the Corps’ NEPA error, the impossibility of a simple fix, the fact that Dakota Access did assume much of its economic risk knowingly, and the potential harm each day the pipeline operates…”  While information regarding the disastrous environmental, cultural, and spiritual impacts of a leak have been made public for years, the lack of a rights-based FPIC process resulted in a failure to consider those impacts as material to business operations. The court order once again underlines that the local and specific impacts to Indigenous Peoples are as much a part of a fulsome understanding of the economics of project development as global market analysis.

Given the new information in court documents and movements in the market, First Peoples will update and revise the case study numbers to accurately reflect the financial impact to the company and shareholders.

As the oil markets shift in response to a growing concern for climate change and in response to the effects of COVID-19, it is imperative that the rights of Indigenous Peoples become a mainstream aspect of not only due-diligence, but in the early discussion and design phases of development. At a minimum, a rights-based approach to FPIC will allow for early screening and assessment of all of the risks of development. In fact, early partnership with Indigenous Peoples could lead to a more equitable and just relationship between all partners wherein Indigenous Peoples’ rights are respected and their self-determined priorities are activated to the benefit of their communities and all partners.

We strongly believe that the numbers underscore what we know to be true: that a rights-based application of FPIC and due diligence procedures consonant with the rights of Indigenous Peoples is the best way forward for businesses operating on and near Indigenous lands.