The controversy surrounding the Dakota Access Pipeline (DAPL) showcased for a generation the consequences of failing to account for the total impacts of development on and near indigenous lands, including a failure to respect human rights.  First Peoples Worldwide conducted a case study: Social Costs, Material Loss: The Dakota Access Pipeline to quantify the numerous costs that companies, financial institutions, and investors faced by failing to account for the human rights of indigenous peoples. Our case study asserts that social risk resulting from the absence of adequate human rights protections has material impacts.

The themes underlying the wider social movement behind DAPL continue to simmer in indigenous communities around the world. Companies, financial institutions, and investors must recognize indigenous and human rights through inclusive and rigorous due diligence and disclosure processes, or the social costs of development will continue to result in long-term, material loss. 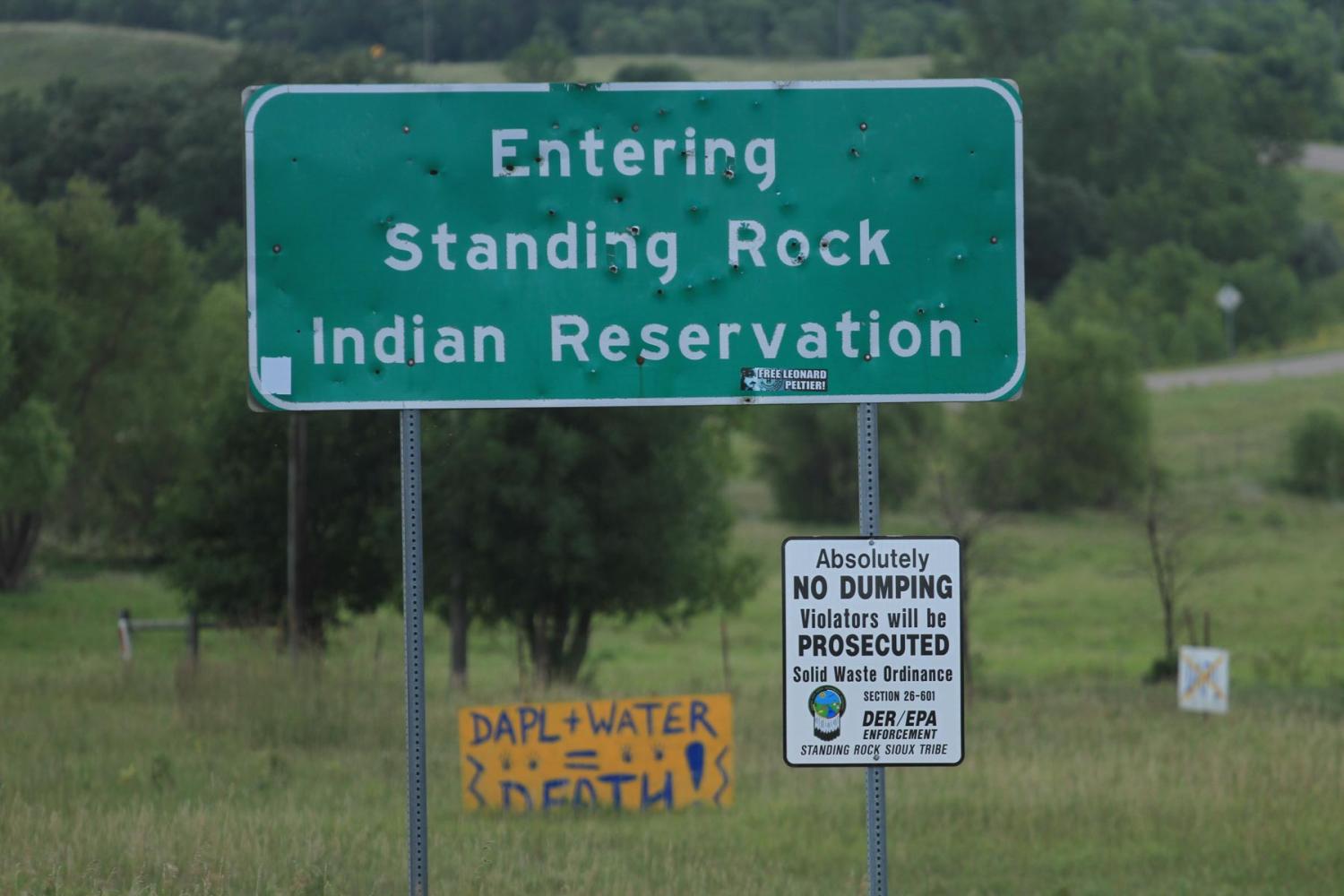 The Standing Rock Sioux Tribe communicated their opposition to DAPL for three years, and they were frustrated by the lack of meaningful consultation from Energy Transfer Partners (ETP), DAPL’s parent company, and the U.S. Army Corps of Engineers (USACE). In fact, those opportunities for early engagement were ETP’s, the USACE’s and other investors’ missed opportunities to understand the developing social risks that subsequently manifested into intense social conflict and ultimately resulted in material loss.

The types of development impacts that were not accounted for were those that fall within the “S” in ESG. While impact investors have been using environmental, social and governance (ESG) factors to assess risk for over a decade, there are few studies that quantify the social risks of development. This case study analyzes the DAPL project through the lens of social risk to further that body of research.

Specifically, this study seeks to test the proposition that the social risks that occurred attendant to DAPL had material financial impacts. The case study provides a comprehensive cost assessment using various steps to gather and to analyze data. As a starting point, the case study compare’s ETP’s stock price against a timeline of social pressure exerted by tribes and others who mobilized against DAPL. This step provides data regarding share price value over time and shows instances of possible influence of social pressure on share price.

Second, the case study analyses the results of statistical event studies to compare ETP’s actual stock price returns with the expected stock returns, which show what the stock price would likely have been if the DAPL project had been completed without controversy from social conflict. This step provides data regarding share price value as well as data regarding share price volatility.

Finally, the case study gathers publicly available data on known financial losses to all entities – including financial institutions and nearby communities – to demonstrate the total costs associated with addressing social risks. 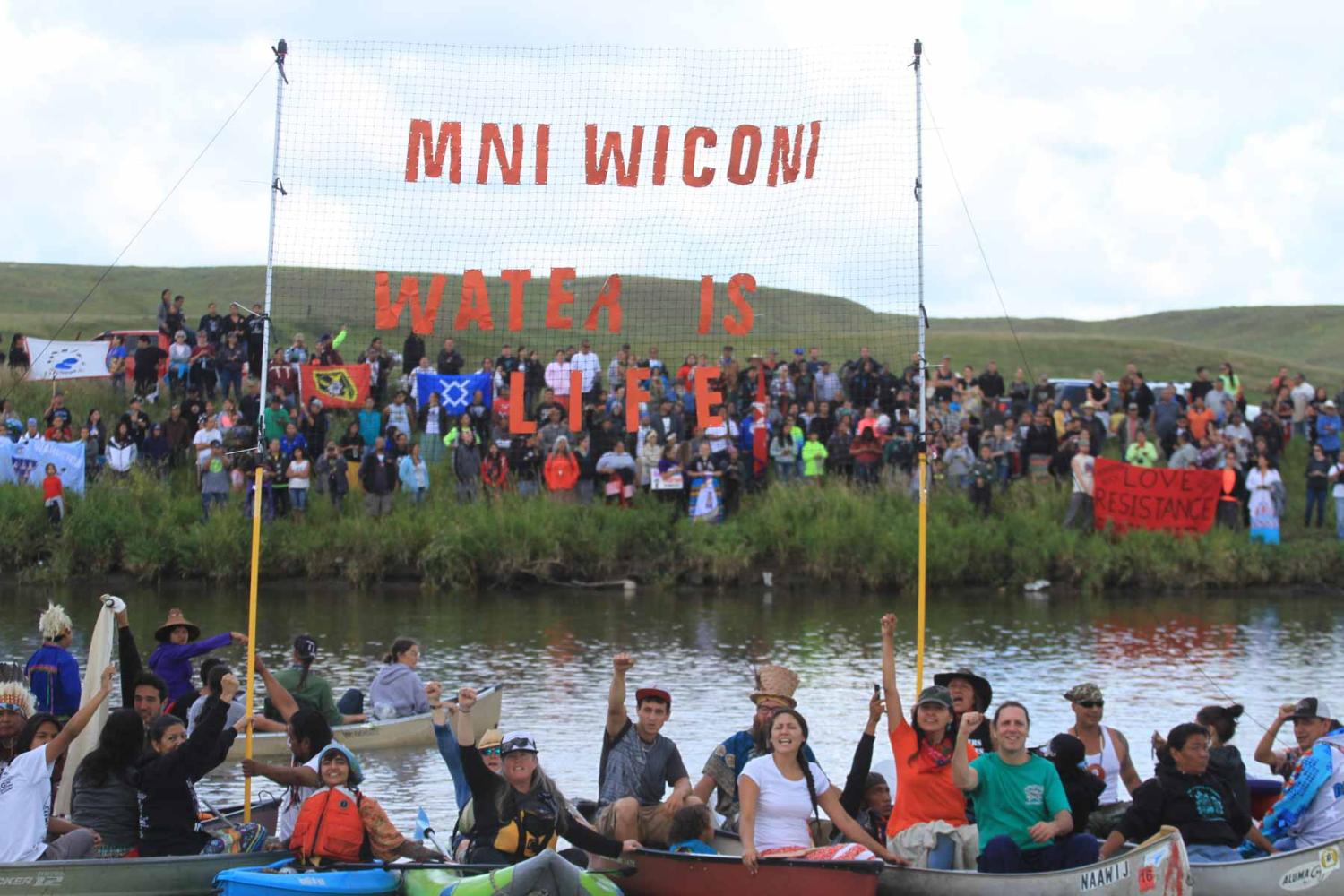 Our results revealed that ETP’s stock price significantly underperformed relative to market expectations during the event study period, and that it experienced a long term decline in value that persisted after the project was completed. In fact, from 5 August 2016 to September 2018, ETP’s stock declined in value by almost 20% whereas the S&P 500 increased in value by nearly 35%. This case study does not assert that this underperformance is exclusively attributable to social pressure, as many factors influence a company’s stock price at any given time. However, given the magnitude of media attention generated by the controversy as well as the quantity of financial losses reported by ETP, social pressure is a likely contributor to the losses. The cost assessment bolsters this hypothesis.

This case study estimates that the costs incurred by ETP and other firms with ownership stake in DAPL for the entire project are not less than $7.5 billion, but could be higher depending on the terms of confidential contracts. The banks that financed DAPL incurred an additional $4.4 billion in costs in the form of account closures, not including costs related to reputational damage. Further, at least $38 million was also incurred by taxpayers and other local stakeholders. All of these figures are estimated based on publicly reported data to demonstrate the magnitude of financial losses caused by poor social risk management.

The data points to several conclusions. First, all entities must conduct thorough due diligence on social risks related to human rights prior to any business transaction, especially those with impacts to indigenous peoples. In fact, a full and rigorous analysis of human rights and social risks falls immediately within an officer’s fiduciary duties because of those risks’ potential material impact on project success and, therefore, on the company.

Second, and relatedly, companies must create disclosures inclusive of social risks so that investors can have a clear understanding of the total risks inherent in a development project. When projects, such as DAPL, occur on and near indigenous peoples’ lands and territories, these risk analyses must account for indigenous and human rights under applicable international standards; the minimum standards set by most governments as to indigenous peoples are not adequate and must be supplemented through independent and culturally responsive evaluation.

Third, social costs accumulate not only to investors but also to local communities, to states, to taxpayers, and to tribal governments. These communities often bear the financial burden when companies fail to obtain consent from indigenous peoples regarding projects that impact them. Many times, these communities are those with the fewest resources. 6 Finally, the social movement around DAPL did not occur in a vacuum. Rather, the #NoDAPL movement galvanized worldwide support from indigenous peoples and allies because of the resonance of consistent issues – lack of consultation, minimal adherence to government policies as to consent from indigenous peoples, and lack of due diligence by companies regarding the social and cultural impacts of development on and near indigenous territories. In sum, the DAPL controversy pushed these issues to the forefront, but the themes underlying the wider social movement continue to simmer in indigenous communities around the world. Companies, financial institutions, and investors must recognize indigenous and human rights through inclusive and rigorous due diligence and disclosure processes, or the social costs of development will continue to result in long-term, material loss. 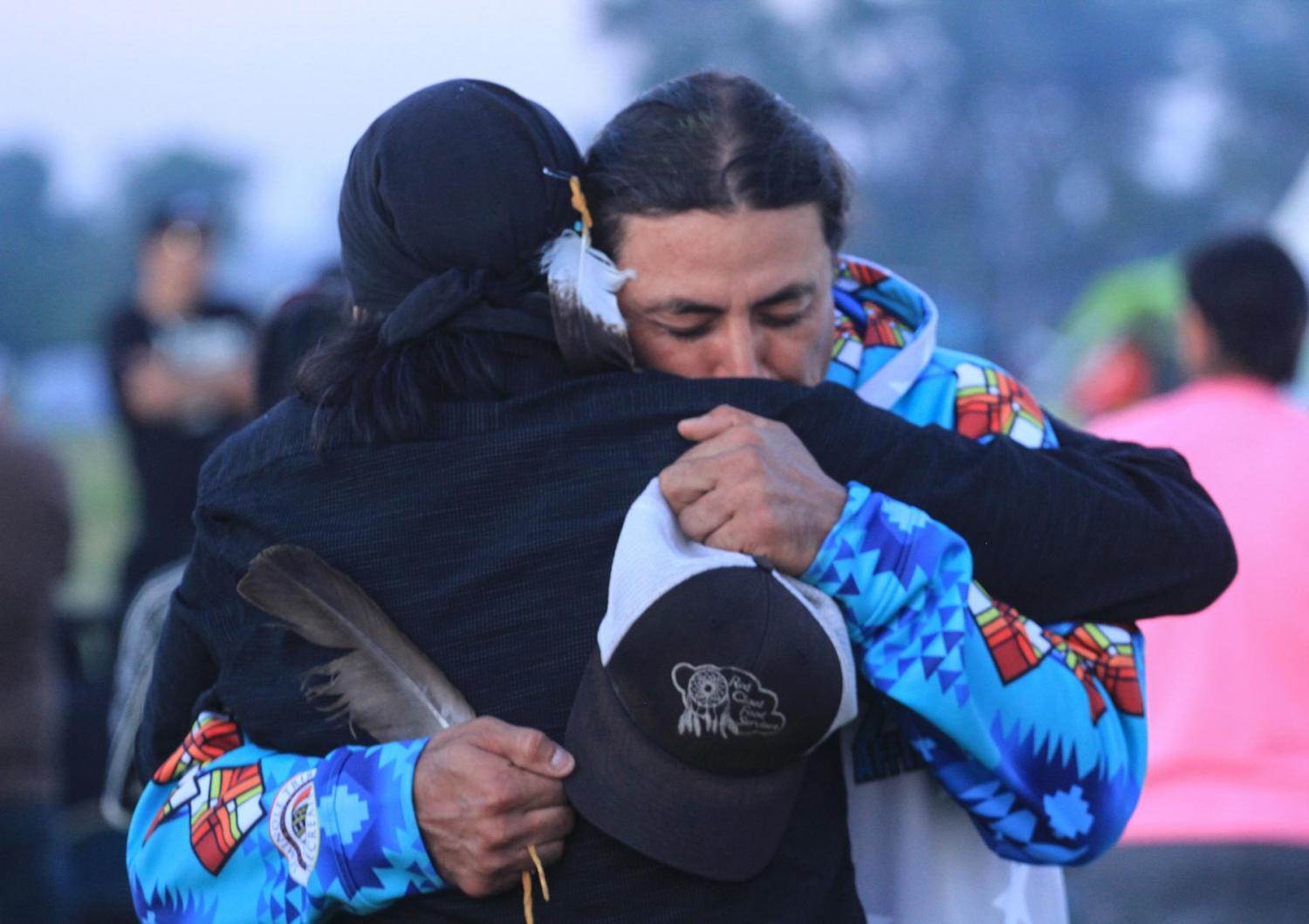 We used event study as a framework for the cost assessment analysis, because the methodology is accepted in both finance and legal frameworks to value whether a particular event had an impact on a company’s share price when compared with expected returns, and against an industry as a whole. The study has three parts. First, we compiled a timeline of social events and charted ETP’s share price from when ETP announced plans to begin the pipeline on June 25, 2014 through July 25, 2018 when ETP’s lawsuit against various environmental agencies was dismissed. Second, we performed event studies on seven discrete dates to measure the impact of social events on ETP’s share price against the S&P 500, the North American Natural Resources Index, and indices of companies that have committed to ESG standards. Third, we conducted desk research, and formal and informal interviews to gather costs to all entities. Because this application of event study is so novel in this context, we paced our research alongside consistent feedback from experts.

The conclusion of the case study is eminently clear: failure to conduct a risk assessment on projects inclusive of human rights and failure to disclose known social risks to investors correlates with the long-term downward trend of a company’s value. In this case, ETP, themselves, stated that they lost more than $1.4 billion on this project and our study shows that their stock price has not returned to its highs just before the peak of social pressure in September of 2016. The conclusion is, itself, a strong statement about the ways that social risks need to be integrated into due diligence practices, and the measured and methodical approach to our case study has revealed several ways it can be scaled up - through time, resources, technology and partnerships - to influence behavior and to catalyze full integration of ESG consideration in the capital markets.