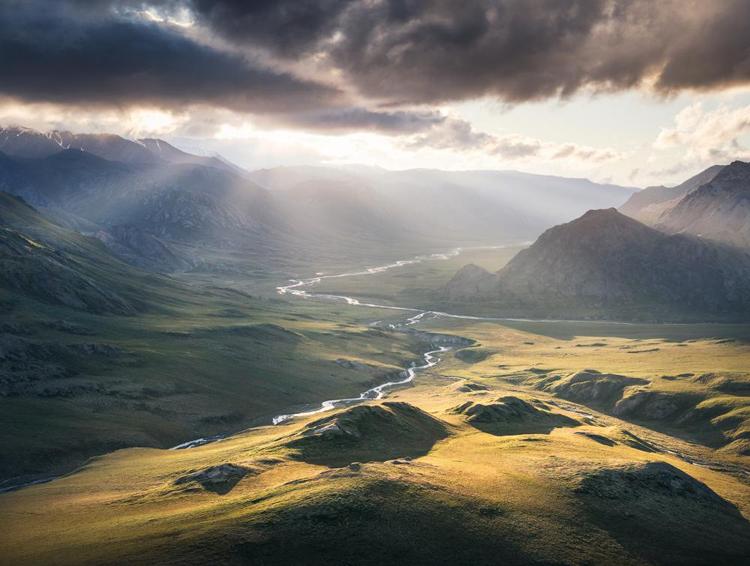 UPDATE 1/11/21 - Following the sale of the Arctic Refuge for oil and gas development, the Gwich’in Steering Committee submitted follow-up to IACHR, asking the Commission to consider continuing human rights violations and irreparable harm to the Gwich’in if lease sales are finalized. The letter requests “that the Commission incorporate these new updates in its immediate consideration through the mechanisms available as they demonstrate the continued serious and imminent violations of the Gwich’in Nation’s human rights, food security, spirituality and will destroy the Gwichin’s way of life. The U.S. Government is not honoring its own laws and we ask that you help us uphold our rights as articulated in the request submitted November 20, 2020.”

UPDATE 12/10/20 - The Gwich'in Steering Committee filed a follow-up petition after the U.S. Department of the Interior’s Bureau of Land Management formalized lease sales for January 6, noting the rush for sale "does not conform with standard practice to begin the lease sale without exhausting the public comment period.

On November 20, 2020, the Gwich’in Steering Committee submitted a request to the Inter-American Commission on Human Rights (IACHR) to call on the United States of America to adopt precautionary measures to prevent irreparable harm to the Gwich’in and other Indigenous Peoples resulting from the imminent oil and gas exploration and development in the Coastal Plain of the Arctic National Wildlife Refuge.

Since 2017, the U.S. Government has fast-tracked development of the area despite ongoing opposition of the Gwich’in, who will be directly impacted by the project. With destructive seismic testing planned for December, the U.S. Bureau of Land Management took the penultimate step to drilling on November 17 by issuing a call for nominations to lease the land for oil and gas development.

The Gwich’in have spent decades opposing development of the Coastal Plain, which they call Iizhik Gwats'an Gwandaii Goodlit, The Sacred Place Where Life Begins, because it is the calving ground of the Porcupine Caribou Herd. The Gwich’in not only have a deep spiritual and cultural connection with the Herd, but the caribou are also a major source of sustenance for the Gwich’in.

“The imminent oil and gas development will cause serious and irreparable harm to the Porcupine Caribou Herd and our way of life,” said Bernadette Demientieff, Executive Director of the Gwich’in Steering Committee upon petition filing. “We are caribou people and the caribou are essential to our health, identity, spirituality, culture, and our very survival.”

Over the last two years, the Gwich’in and allied groups have facilitated action and policy opposed to the Administration's rush to drill in the Refuge, including litigation, legislation, and shareholder advocacy with banks and insurance companies. Among international human rights mechanisms employed, the Gwich’in’s petition to the UN Commission to Eliminate Racial Descrimination triggered an official investigation in August, and the Gwich’in submitted a report on human rights violations for the UN Universal Periodic Review of the U.S. The Review, which took place on November 9, concluded with the U.S. reaffirming support of the UN Declaration on the Rights of Indigenous Peoples (UNDRIP).

The IACHR petition signifies escalation of the situation’s severity. A petition to the IACHR is one of the few mechanisms to prescribe remedy to affected peoples when a country such as the U.S. violates human rights. In extreme situations, the IACHR will deliver “precautionary measures” to countries instigating or perpetuating human rights violations in a measure to prevent violations before they occur.

The Gwich’in’s Request for Precautionary Measures from the IACHR

The petition seeks precautionary measures to prevent “imminent, serious and irreparable harms in violation of the Gwich’in’s rights to health and well-being, religion, culture and subsistence, judicial protection, clean environment, and free, prior, and informed consent,” which will result from seismic exploration, lease sales and oil and gas development.

If lease sales go through, which could happen in January with the proposed timeline, the pristine lands of the Coastal Plain, once protected by the U.S., will be subsumed by intense industrial activity. The high-risk process of oil and gas development carries long-lasting health and environmental impacts. “Every phase of the proposed project will pollute the air, including transportation, the use of industrial construction equipment, drilling equipment, power generation and venting/flaring during oil productions,” notes the petition.

Oil and gas development also produces waste, such as solid waste, wastewater, production fluids, drilling muds, fire-fighting foam and spills of oil, saltwater and hazardous substances. Every phase of development will cause direct emissions of certain pollutants, which are identified as dangerous to human health above certain quantities. Aside from the usual side effects of oil production, there is also the risk of an oil spill; an accident at a production site or a leak in a pipeline could have a truly devastating and permanent effect on the Coastal Plain.

Giving urgency to the petition, once lease sales are finalized, they are nearly impossible to cancel. After the sale, the U.S. does not require further review or provide opportunity to halt development after leases are issued, which allows leaseholders to develop and hold the land in perpetuity without consequence.

“In its reporting of proposed drilling, the U.S. government acknowledged numerous adverse impacts to the physical environment, biological resources, and social systems in Alaska. Despite this, they have embarked on the most aggressive development plan possible without adequate consultation of the Gwich’in,” said Carla Fredericks, Director of First Peoples Worldwide, which is supporting the Gwich’in Steering Committee in the petition process.

“The IACHR petition asks for remedy while development is being fast-tracked so as to avoid the destruction of lands and endangerment of peoples and their cultures that occurs all too often for Indigenous communities during and after industrial extractive projects,” she added.

Recommendations from the petition are as follows:

The situation the U.S. has created in the Arctic Refuge is dire. The irreparable harm outlined in the petition refers to “injury to rights which, due to their nature, would not be susceptible to reparation, restoration or adequate compensation.”

These violations are representative of the U.S. Government’s ongoing failure to protect the rights of the Indigenous Peoples within its borders. Oil and gas exploration and development in the Coastal Region would permanently alter sacred and ancestral land to the Gwich’in. It would permanently alter the Gwich’in’s ability to sustain their subsistence way of life, which is not only critical to their health but also their culture and religion. Harm to the Porcupine Caribou is harm to the Gwich’in.

U.S. domestic law has proven time and again an inadequate remedy to halt development and prevent harm to Indigenous Peoples. And despite the U.S.’s stated commitments to the UNDRIP, there is an enduring discriminatory legal framework within the U.S. that fails to protect the rights of Indigenous Peoples. Without the remedy sought from the IACHR petition, finalizing lease sales in the Arctic Refuge, as with every step in the process prior, will constitute a serious violation of Indigenous Peoples’ right to free, prior, and informed consent. It will also instigate the destruction of the environment and wildlife to which Gwich'in lifeways are tied.