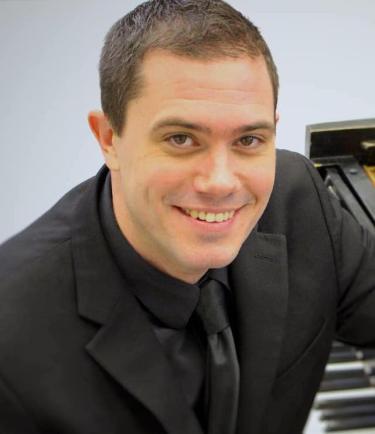 Branden Steinmetz is Assistant Director of Bands and Instructor of Music at the University of Colorado where he conducts the Concert Band, assists with the “Golden Buffalo” Marching Band, directs the “Buff” Basketball Band, and teaches courses in music education.

Prior to coming to CU Boulder, Steinmetz studied wind conducting at Michigan State University. He was actively involved in all facets of the band program at MSU, including the Spartan Marching Band and Spartan Brass, all major concert band ensembles, as well as conducting courses. Before MSU, he taught band and percussion at Woodbury High School (MN).

Steinmetz is active as a conductor, educator, and composer. He has presented clinics and conducted ensembles at several universities and high schools, the Minnesota Music Educator Association (MMEA) State Convention, and the Midwest Band and Orchestra Clinic. His compositions have been premiered by Boston Brass, Woodbury High School, and West Salem Middle School (WI).  His most recent marimba solo: “Time Remembered,” is published through C. Alan Publications.

Steinmetz holds a Doctor of Musical Arts in Wind Conducting from Michigan State University under Kevin L. Sedatole; a Master of Music in Percussion Performance under Professor Fernando Meza; and a Bachelor of Science in Music Education from the University of Wisconsin La Crosse.