Music 100 years in the making 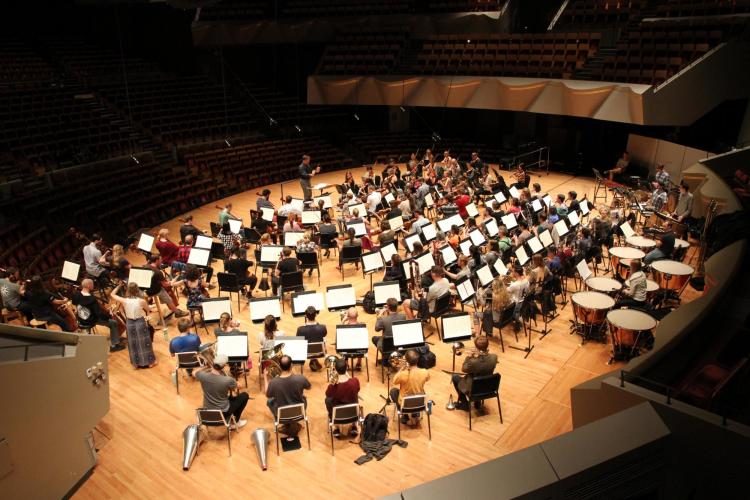 With music and educational impacts 100 years in the making, this spring semester holds a special significance. The College of Music is thrilled to celebrate its Centennial with a beautifully planned series of concerts, presentations and other events, culminating in the dedication of the new wing of Imig Music Building next fall.

The year-long celebration will kick off with a special concert titled "The future of music, a century in the making" on Jan. 21. With a vibrant night of performances by a number of faculty presenters, audience members will also learn of the rich history of the College of Music across the decades through both storytelling and multimedia visuals.

“I think a good reason to attend the event would be to—within a relatively short program (about an hour and a quarter)—get a good feel for the variety of amazing music making that goes on in the College of Music,” Professor Emeritus of Musicology and event organizer Thomas Riis says.

A slew of exciting and educational events will follow this kickoff. On Feb. 6, the Wind Symphony will perform repertoire honoring the last century of music in Macky Auditorium. Undergraduate and graduate students will then compete in the annual Honors Competition Finals for the opportunity to perform with the CU Symphony Orchestra in the fall.

Returning to the historic Boettcher Concert Hall in Denver on Apr. 27, this year’s CU at Boettcher program will close out the spring semester with a performance of Giuseppe Verdi's “Requiem.” This epic concert will feature the entire CU Symphony Orchestra and the University Singers. 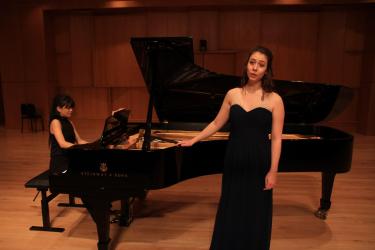 Alongside the captivating performances taking place throughout 2020, the Centennial strikes a deeply personal chord for faculty and students alike. For Professor of Piano Andrew Cooperstock, the historic event calls on all who have been touched by the college to reflect upon the progress made through the decades.

“Over the past century the College of Music has become an institution beloved by the Boulder community and one which has connected us not only locally but also internationally,” Cooperstock explains.

For College of Music student Amelia Lindsey, the Centennial is an invitation to appreciate the lush musical history of her college.

“One-hundred years is hard to conceptualize,” Lindsey muses. “The world was so different in 1920. So it really speaks to the value that people place on music and the furthering of music and learning and participating in it.

“Music as a concept is so cool because the study of music is focused on things that happened a long time ago—we study composers, pieces, etc. from centuries ago and still find them massively valuable. Music is a part of who we are, regardless of what decade it is. It’s neat to consider how people 100 years ago believed so much in the power of music (enough to start a school), and now here I am thinking the same thing,” Lindsey says. “It makes me feel so connected. And, in 100 more years, people will think the same thing. It’s special to be a part of it.” 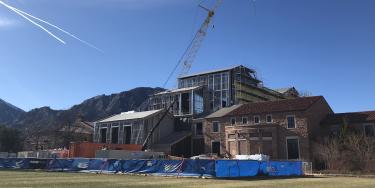 Centennial celebrations will continue through the spring and into the fall. A special exhibit will come to the Boulder Museum in the fall; the Symphony Orchestra is also preparing for the premiere of a specially commissioned piece for the Centennial. However, one of the most exciting moments that both students and faculty are looking forward to is the September grand re-opening and re-dedication of the expanded south wing of the Imig Music Building.

By celebrating the past century of delightful and essential music-making, faculty and students are opening up a window into the future. “The quality of our instruction and programming has never been better, and with the opening of our new building in Fall 2020 to coincide with the college’s Centennial, we are poised for an even brighter future,” Cooperstock says.

Longtime college supporters Jeannie and Jack Thompson gave a gift naming the dean’s office in the expanded Imig in honor of Bruce and Marcy Benson. END_OF_DOCUMENT_TOKEN_TO_BE_REPLACED

In part two of this blog series from junior Curtis Sellers, we have tips for how to make the most of your time as a student at the CU Boulder College of Music. END_OF_DOCUMENT_TOKEN_TO_BE_REPLACED

For Claire Glover (BME ’17)—recipient of the Colorado Music Educator Association’s 2020 Young Music Educator Award—the mentorship she received at the College of Music is key to her success. END_OF_DOCUMENT_TOKEN_TO_BE_REPLACED
Return to the top of the page