Hats off to the Outstanding Students of 2019! 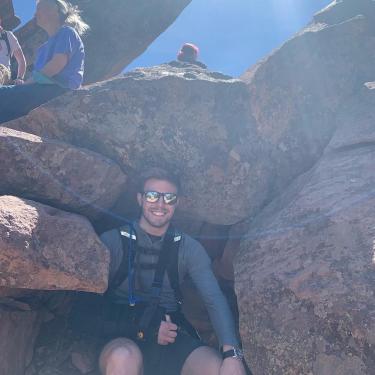 “I mean, you’re only in college once,” says freshman Mack Rodgers when asked why he decided to pursue a double major in vocal performance and astrophysics. “I want to do both and think I can manage it. I’ve heard so many people say they focused solely on classes that are career-focused, missing out on what they actually wanted and liked.”

Carrying his ambition and drive all the way from Westin, Massachusetts, Rodgers has made the most out of his freshman year at CU Boulder and the College of Music. From performing in Eklund Opera’s “West Side Story” to taking interesting classes like Astronomy 2 to escaping to the mountains on the weekend (and unfortunately dislocating his arm twice), he has done almost all of it.

“Performing in 'West Side Story' was probably one of the highlights of this year,” says Rodgers. “It was the first show I did in five years, so it kicked my butt. It was a real wake up call between the dancing and cartwheels across the stage, but [it was] super fun.”

When Rodgers found out he had won the Outstanding Student Award, he was amidst a busy week of recovery from surgery and strep throat. After he talked with others about the award, the reality and gravitas set in, giving him the confidence that he can tackle two majors and succeed.

Looking forward to the summer and sophomore year, Rodgers is ready for a short break before summer classes. He’s also looking forward to having full mobility again and seeing what potential performance opportunities await in the fall.

When asked if he had any advice for incoming freshmen, Rodgers had one simple line: “Don’t procrastinate. Or at least definitely try to not procrastinate.” 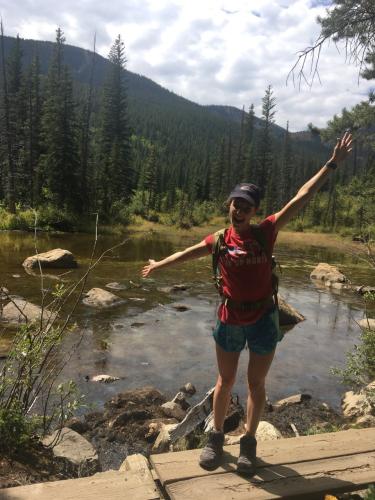 For sophomore Claire Gunsbury, the unique opportunity to perform with a dozen other CU Boulder musicians at Carnegie Hall in November truly represented the pinnacle of her second year at the College of Music.

“We started preparing our repertoire at the end of the last school year, with continued coaching and rehearsals starting in August and leading up to the performance in New York,” says Gunsbury. “The whole trip was a whirlwind, and it was just incredible to perform onstage and be with the other musicians.”

Traveling to New York can be crazy enough, let alone performing in one of the most famed concert halls in the world. For Gunsbury, it all starts in her head.

“It helps to visualize the performance. Taking time outside the practice room to sit down, think through how it’ll feel, hear your footsteps as you walk across stage,” says Gunsbury.

Besides performing on stage, a highlight of the trip for Gunsbury was the presence and support of the college’s faculty and alumni during and following the performances.

Having won the Outstanding Student Award two years in a row, Sher Distinguished Scholar Gunsbury says she’s honored to be chosen among all of the talented musicians around her and thankful for the number of faculty that have supported her.

Though Carnegie Hall took the cake for her, Gunsbury enjoyed expanding her horizons with the different concerts and events she attended this year. “‘Kodo One Earth Tour’ was one of the concerts I attended that was outside of what I normally go to,” says Gunsbury. “I was way in the back of Macky, but it was one of the coolest concerts I’ve ever been to.”

Over summer, Gunsbury will be traveling to Europe with her family for a week before heading to Texas for the Texas Music Festival in June.

As for the upcoming fall semester, Gunsbury is looking forward to exploring new classes and having more time at the college to grow. 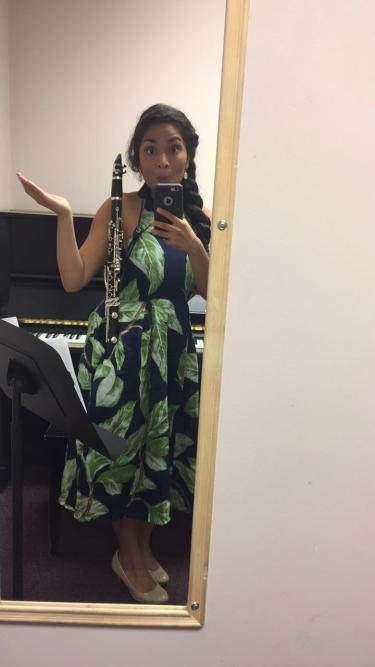 When asked how she felt about receiving the Outstanding Student Award three years in a row, junior Anoushka Divekar humbly joked, “I think I feel more like a disaster each passing year.

“I’m excelling because of the strong support system I have here at the College of Music, not some random trait about me,” says Divekar. “It’s not just me, it’s a village. It takes a village for three years and I owe it all to them.”

Divekar’s involvement in the college and on campus speaks for itself. As the president of the College of Music Student Government organization, she represents the student voice among the leaders of the college and was invited to speak at the groundbreaking ceremony for the new Imig Music Building expansion in February.

“A highlight of this year was when my stage manager opened the door and there were so many people in the audience for my junior recital,” reflects Divekar. “So many people support me here, and that was amazing to see.”

This summer, Divekar is thrilled to be attending the Rocky Ridge Music Festival as both a counselor and participant for four weeks, before decompressing with her family and prepping for what appears to be a hectic upcoming fall semester.

Divekar will be finishing her last semester of coursework in the fall before moving on to student teaching in the spring semester. She is excited to be performing her senior recital and to audition for graduate programs—accompanied by many early morning and late night practices, of course.

“I am very grateful that I’m able to do these kinds of things,” says Divekar. “I still love it and it’s amazing that everyone around me is pushing me to continue to love what I do.” 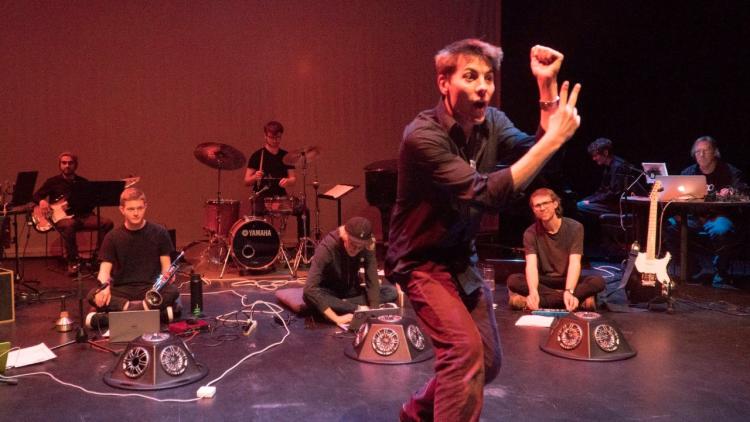 A man of many hats, senior music composition and economics double major Brian Lambert has spent his four years at CU Boulder and the College of Music doing many different things.

“Since switching into the composition department my sophomore year, I’ve spent time being part performer part composer, while also being dedicated to my other major and activities,” says Lambert. “I never really knew where I was meant to be because I was in so many different places all the time, so winning the Outstanding Student Award was unexpected and brought with it a sense of belonging.”

Lambert’s accomplishments and involvement over the years, most notably in Pendulum New Music, have made him a prime recipient for this award and qualified him to speak at the College of Music graduation ceremony on Thursday.

“Since getting involved my sophomore year, I think there was only one month where I didn’t perform in a Pendulum concert or have a piece that was being performed,” reflects Lambert.

A highlight from his time in Pendulum and his senior year was hearing the Boulder Altitude Directive (B.A.D. Ensemble) perform his piece “EUROCLYDON,” which came to him while he was searching for a voice and way of communicating the conflict between the light of faith and the darkness of doubt.

Even with many highlights over his four years, Lambert knows precisely what he wants to touch on during his graduation speech.

“With graduation on the horizon, many students have unanswered questions about what to do next, conflicts about quitting music entirely or even doubt about the importance of music altogether,” says Lambert. “But music matters—it’s not something we do simply to entertain ourselves. Music is healing, it is a direct pathway to the soul, and it is a way to connect with something larger than ourselves. We, musicians, lose sight of why we make music.

Hear Lambert deliver his commencement address on Thursday, May 9, at 3:30 p.m., in Grusin Music Hall.

Assistant Professor of Composition Annika Socolofsky blends the realms of art and science through the Instrument Design Lab (IDL). The course offers a science-based context to instrumentation, sound and musical creation, giving College of Music students a foundation in the science of music. END_OF_DOCUMENT_TOKEN_TO_BE_REPLACED

It was a busy fall for the American Music Research Center (AMRC)! One of the... END_OF_DOCUMENT_TOKEN_TO_BE_REPLACED

Friends, My heart is heavy. Associate Professor of Violin Charles (Chas) Wetherbee passed away on... END_OF_DOCUMENT_TOKEN_TO_BE_REPLACED
Return to the top of the page