A scale of experiences 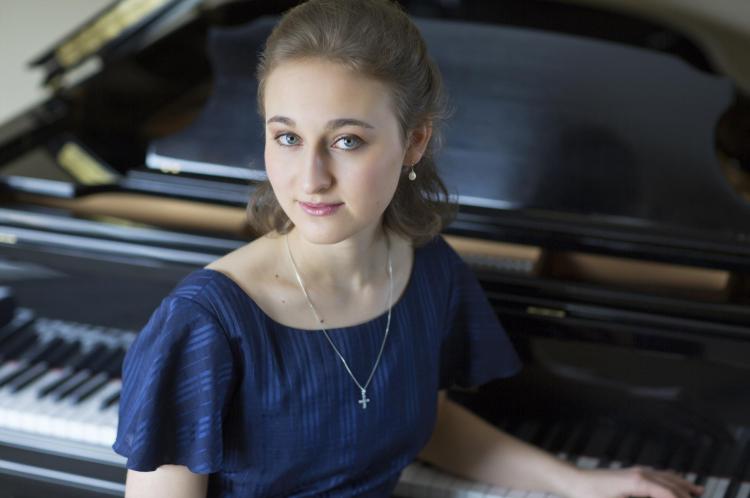 Senior Sophia Zervas has nearly mastered the art of juggling a full plate over the course of her four years at the College of Music. This April is no different, as Zervas tackles her vocal and piano performance double major, a feature role in the Eklund Opera’s upcoming production of “The Turn of the Screw” April 25-28, along with all the other things that come with being a college student.

“During my time at the College of Music, I’ve always felt my professors have cared about me as a person,” says Zervas. “Having them support and advocate for me has significantly helped ease the stress of being a double major.”

When Zervas first started at CU, she was a piano performance major but added an additional major in vocal performance during her second year.

“With singing, everyone’s voice is so different so you can’t compare yourself to others,” says Zervas. “There are the multiple elements that you have to factor in that include singing with proper technique, in a certain dialect or to a character, but you also just have to sing your voice.”

This challenge has presented itself during the rehearsal process for the upcoming production of “The Turn of the Screw,” as roles have been double cast, allowing students the opportunity to learn from their cast counterpart. Zervas will be playing Flora, the young girl, in the Thursday and Saturday performances and is thrilled to be tackling her first bigger role in an opera production.

“The ability to go through the whole process of the production is incomparable,” says Zervas. “From learning the music to staging and all other production elements, it stretches and challenges you to grow as a student.”

Zervas and the other cast members have been rehearsing individually and together since casting was announced in November, but a bulk of the production will have been assembled in the three weeks prior to the performances.

“We put all the music together starting after Spring Break, followed by blocking and then tech week,” says Zervas. “It’s a fast process, but it’s incredibly fun.”

Considering it to be a highlight of her time in the College of Music, Zervas is excited to be playing a different character than she’s played before. “At first Flora seems innocent, but soon she becomes bratty and malicious,” says Zervas. “I’m really excited about the challenge.”

Other highlights for Zervas over the past few years include winning the Anderson Undergraduate Vocal Competition last year, covering the role of Papagana in “The Magic Flute” and the everyday interactions with other music students and faculty.

With one year left until graduation, Zervas hopes to add a business minor to compliment her two majors. She’ll also consider the varying interests she’s been pursuing to determine what her emphasis will be in grad school.

“Music will always be a part of my life and career,” says Zervas. “In addition to music, the College of Music and CU have cultivated writing, research, and communication skills as well, and I would love my future career path to combine these various interests.”

See Sophia Zervas and the rest of the small cast in Benjamin Britten’s chamber opera “The Turn of the Screw,” April 25-28 in the Music Theatre. Tickets and more information can be found at cupresents.org.

MarieFaith Lane, a current graduate student and Holiday Festival 2021 concertmaster, offers a first-person perspective on the spirit of this weekend’s community event. END_OF_DOCUMENT_TOKEN_TO_BE_REPLACED

Check out this Q&A with Eunjeong (EJ) Lee, including tips for applying to the College of Music, advice for a successful audition and more. END_OF_DOCUMENT_TOKEN_TO_BE_REPLACED
Return to the top of the page