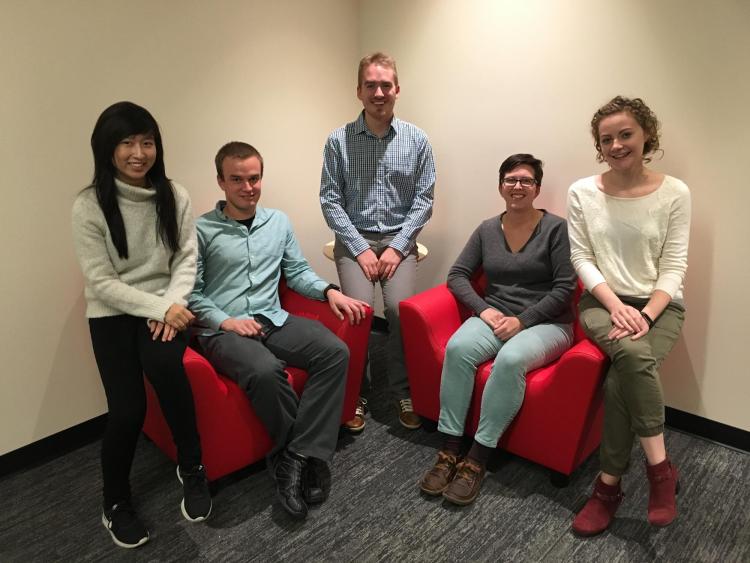 Studying music a thousand miles from your family can be isolating—especially when something goes wrong at home. Just ask recent piano doctoral grad Sarah Rushing. “There was flooding in my hometown in 2016. My mom, who is a piano teacher, had two feet of water in her house. She lost a lot of her sheet music, but the water stopped just below the soundboard of her piano, so it was saved.”

The storm didn’t make national headlines the same way hurricanes do, but it did damage nonetheless—75 percent of Rushing’s Louisiana parish was flooded. Rushing wanted to do something to help, so she organized a service project for the CU Boulder chapter of the Music Teachers National Association (MTNA), of which she was the president. It led to hundreds of dollars raised—and the title of MTNA Collegiate Chapter of the Year in 2017.

Associate Professor of Piano Jennifer Hayghe has been advising MTNA chapters for 18 years, during her time at Louisiana State University and Ithaca College, and now at the College of Music. This is the first time she’s been involved with the top group in the country. “This is amazing. Numerous chapters I advised submitted nominations for this award. The screening process is competitive, and it’s exciting to join these ranks.”

The service project made CU stand out. In addition to a benefit recital, the fundraiser had an online component, explains chapter Vice President Robert Hjelmstad. “We started a social media campaign, similar to the ALS Ice Bucket Challenge. We would challenge other musicians to play a piece that they were working on and donate.”

The posts went viral, with other schools like the University of Oklahoma and the University of Texas at Austin getting involved as well. In all, the effort raised $800 for flood recovery. “It was awesome to be able to help so far from home, and that happened because we were able to get so many other people interested,” Rushing says.

Hayghe says the leadership of the chapter has taken it to new levels in the past year. Indeed, CU MTNA has grown from a handful of students to more than 30. “We have a really dynamic set of leaders who can inspire people to get involved.”

Hjelmstad says the chapter takes the service component of its mission seriously, which has led to a surge in membership and attendance at monthly meetings and frequent MTNA Coffee Discussions. “Everyone has this idea that what we do—playing music—is really privileged, so we should use that to give back. MTNA has been a great way to fill that need.”

To that end, the chapter also partnered with the CU chapter of the National Alliance on Mental Illness (NAMI) this year to draw attention to mental illness. “We wanted to provide resources and raise awareness about suicide prevention through the arts,” Rushing says. “We’re trying to think outside the box about ways classical musicians can be involved in the community.”

And this March, nine alumni and five current members of the CU Boulder MTNA chapter will present at the national conference in Washington. In addition, the College of Music keyboard faculty are well represented at MTNA: Alexandra Nguyen was tapped to judge the preliminary round of the Stecher and Horowitz Two Piano Competition at the conference, while Hayghe will judge the finals. Finally, Alejandro Cremaschi will present on South American piano four-hand pieces. See the conference schedule here.

To read more about our students' accomplishments, check out the 2018 edition of Colorado Music Magazine >>

Curiosity drives Lydia Wagenknecht, a PhD candidate in ethnomusicology and recent recipient of a Fulbright Research Award. “I care that my research will help us understand something in a more broad-based way that we didn’t understand before,” she says. END_OF_DOCUMENT_TOKEN_TO_BE_REPLACED

We’re so excited to welcome alumnus Damani Phillips back to campus this week and to present him the College of Music’s 2022 Distinguished Alumnus Award at our commencement ceremony on May 5! “The versatile training provided by CU has been the cornerstone of my success to date, and has enabled me to do and be many things well beyond typical expectations,” he says. Meet Phillips and discover his powerful advice to graduating Music Buffs. END_OF_DOCUMENT_TOKEN_TO_BE_REPLACED

On May 5, we look forward to welcoming back Judith Glyde, formerly professor of cello and chamber music at the College of Music and chair of our string faculty. Since retiring in 2014 to live in New York City, the professor emerita she has been active with the college’s alumni community there, offering tremendous support to Forever Buffs who are now living and working in the city. END_OF_DOCUMENT_TOKEN_TO_BE_REPLACED
Return to the top of the page