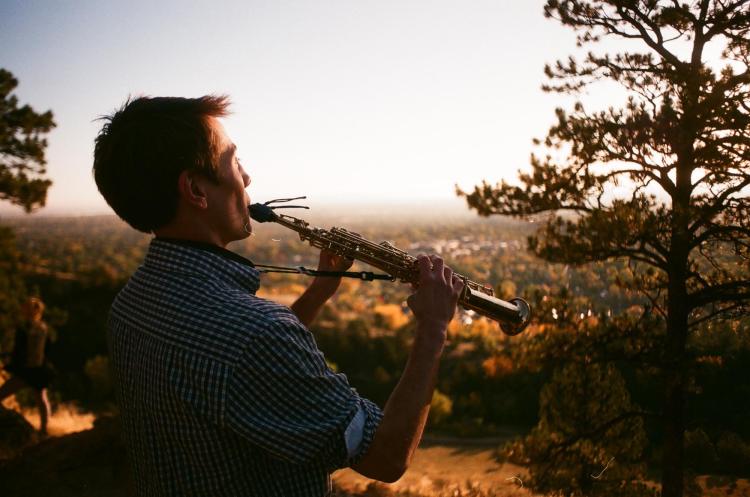 Now in its 18th season, the Pendulum New Music series, which presents new music composed and performed by College of Music students and faculty, continues to ignite creation and promote the importance of collaboration between performers and composers during its kickoff performance of the fall semester series on Wednesday, Oct. 3 at 7:30 p.m.

“It’s a very personal endeavor for me,” says director Hsing-ay Hsu. “There’s something incredible about performing students getting a piece of music fresh off the print, and seeing it for the first time and then being charged with bringing it to life. It adds so much to the performers’ and composers’ career paths.”

Hsu joined the initiative in its fifth year and has since dedicated countless hours to the development of students’ work. Faculty collaboration and mentorship have increased as well, forming lasting relationships that enrich students and faculty alike. The hard work has paid off significantly, as audience attendance has increased year to year and more guest artists have performed alongside students.

“Our college collaborates a lot more than other colleges that I’m aware of,” says Hsu. “It’s really great when we do studio-wide projects to reach the performers with the message that new music is a part of everyone’s career training. It’s not just a subculture—it really is a crucial part of their education.”

“Having our works performed—there’s really nothing like it for us as composers,” says undergraduate composition student Brian Lambert. “Pendulum provides us that final, all-encompassing satisfaction after having spent months working on a piece. To be able to see it performed in front of friends, family and fellow students is very rewarding.”

Lambert has participated in the Pendulum series numerous times since transferring to the composition department during his sophomore year; in October he’ll premiere a new piece titled “EUROCLYDON.”

Based on the Book of Acts, “EUROCLYDON” reimagines the storm and shipwreck that the Apostle Paul encounters on his way to Rome in his appeal to Caesar.

“The religious symbolism and the ways that the crew of the ship and their faith is tested all influenced me while I was writing the piece,” says Lambert. “I was inspired to include a part in the percussion for altar bells that are used during Catholic Mass, as well as a part where the damper pedal is applied to the piano while the pianist is banging on the low strings, creating storm sounds.”

Lambert’s piece will be performed by the Boulder Altitude Directive, an ensemble of six College of Music students formed last year. Directed by Carter Pann, the B.A.D. ensemble will also be recording the pieces it performs this year, allowing the composers to build to their portfolios.

Audience members are encouraged to stick around after the October performance—and all other upcoming performances—to engage with students, as it is an integral part of the Pendulum program. “The time following the performance where the audience can interact with the composers is an important part of the program, as it helps build a connection,” says Hsu.

Between student compositions and professional performances, there’s so much to explore with the year-long Pendulum New Music series. But at its core is the hope that people will slow down, listen to and appreciate new music during this hectic time of year. Says Lambert, “With every piece I write, I try to communicate some idea that transcends the page to connect with the audience. I hope that the music will move people on many levels.”

MarieFaith Lane, a current graduate student and Holiday Festival 2021 concertmaster, offers a first-person perspective on the spirit of this weekend’s community event. END_OF_DOCUMENT_TOKEN_TO_BE_REPLACED

Check out this Q&A with Eunjeong (EJ) Lee, including tips for applying to the College of Music, advice for a successful audition and more. END_OF_DOCUMENT_TOKEN_TO_BE_REPLACED
Return to the top of the page