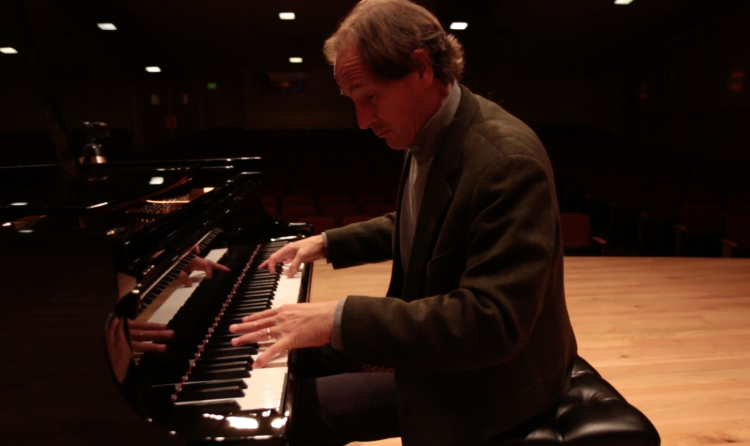 Professor of Piano David Korevaar presents his Distinguished Research Lecture on the music of Chopin, Perrachio and Liebermann on Friday, Feb. 24.

Start with the score.

That’s David Korevaar’s method as he sits down to a new piano piece. It’s also the advice he gives all his students.

“A lot of musicians get to know a piece by listening to a recording. And that’s something I almost always discourage. You have to start with notes on a page. That’s the primary source.”

Korevaar, Helen and Peter Weil Professor of Piano at the College of Music, talks about the score as the root of context for any musical work this Friday as he presents “The score is alive … with the sound of music.” The lecture-performance is part of the CU Boulder Research and Innovation Office’s Distinguished Research Lecture series.

Korevaar is the first music faculty member to be awarded the lectureship, which is awarded annually to faculty based on peer nominations and the nominee’s body of academic or creative achievement and prominence, as well as contributions to the university’s educational and service missions.

“My primary focus is not on what’s conventionally considered research, which makes this even more exciting,” he says. “The research component of my career tends to be very performance directed.”

Each piece, the Juilliard-educated pianist explains, presents its own unique challenges to the performer.

“They’re all at different parts of the process. Chopin is a completed project for me; Liebermann is still alive, so I can get feedback from him whenever I want; and Perrachio is a composer that [Professor of Musicology] Laurie Sampsel and I discovered while we reassembled the Ricardo Viñes collection at the music library here.”

Unlike Chopin, whose work has a rich history and a long tradition of performances and recordings, Perrachio is a relatively unknown composer. His scores are rarely seen; recordings are even more rare.

“[Perrachio was] much less intimidating than Chopin,” Korevaar explains. “You don’t have the anxiety of influence. You feel irresponsible if you can’t hear all the recordings that are out there before you play a piece by Chopin.”

But, he says, there are other pressures associated with being one of the first people to perform a piece—even if it is 100 years old.

“Now you’re the beginning of the performance tradition. You have to look at the notes on the page and begin to interpret them—to figure out what the composer was trying to say—with only the score as your initial point of reference. From there you begin to grasp, through an understanding of the time period and the place the composer was active, a world of sound that is preserved in the page.”

And then, in this case, Korevaar will have to talk about how he arrived at those conclusions.

“As a pianist, you spend a lot of time alone. You don’t often have to put your thoughts into words. But when you’re teaching or demonstrating, you have to decide what’s important and translate emotions into coherent verbiage.”

For Korevaar, who has taught at the College of Music since 2000, the process of teaching—whether it’s students or a crowd of scholars—is also a process of learning.

“There are plenty of pieces that my students play that I’ve never heard, and I learn through them. And when I present this lecture, it’ll be aimed at an audience of people who are perhaps much more adept than I am in some of the fields I’ll be dabbling in, such as language or philosophy or history.

“But that’s what makes it so exciting to be here in Boulder. We’re surrounded by people who are extraordinary in their fields, and we get to collaborate with them. And back in my studio, the better my students get, the better I get.” 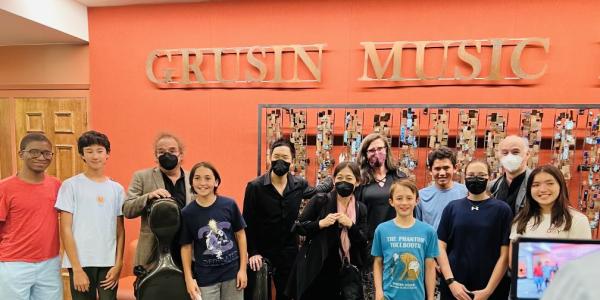 “Having a ‘home’ audience of loyal Takács fans is a huge honor … and makes the concert experience more than just about the music itself. It’s about the relationships formed through the shared love of music.” END_OF_DOCUMENT_TOKEN_TO_BE_REPLACED 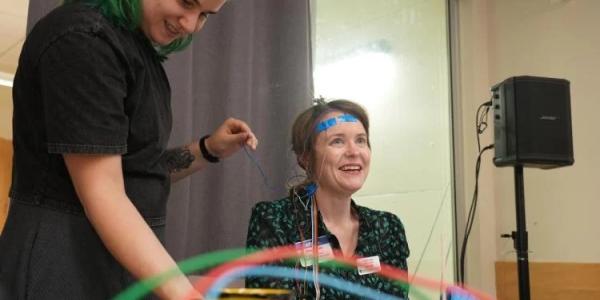 The work of Assistant Professor of Music Technology Grace Leslie—flutist, electronic musician and scientist—melds art, engineering and neuroscience to probe the millennia-spanning relationship between humans and a good tune ... and whether the right kind of music can help to heal the body and brain. END_OF_DOCUMENT_TOKEN_TO_BE_REPLACED

In the final Dean’s Downbeat of the year, Dean John Davis announces Allan McMurray’s 2023 University Medal; describes how the important, prescient work of the Sphinx Organization underscores his vision for the College of Music ... and more. END_OF_DOCUMENT_TOKEN_TO_BE_REPLACED
Return to the top of the page