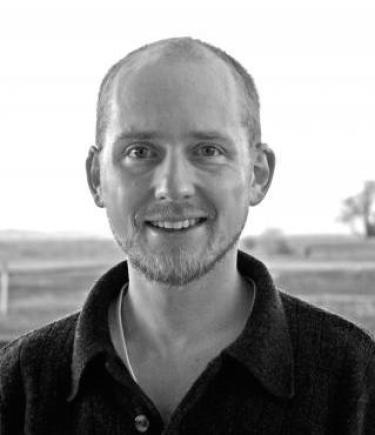 It’s a big week for Associate Professor of Composition Daniel Kellogg: One of the biggest pieces he’s ever written will have its world premiere at Boettcher Concert Hall in Denver.

“It’s been fun to work with all Colorado-based people on this work. It’s a Colorado-born project,” says Kellogg.

In a collaboration with Colorado Symphony concertmaster Yumi Hwang-Williams, Kellogg says he based “Rising Phoenix” on one of his daughter’s favorite stories, the Asian myth of the phoenix.

“Both Yumi and I have daughters of Asian descent who were born here, so we thought it would be great to write a piece that has a connection to their heritage,” he explains. “Hsing-ay [Hsu, director of Pendulum New Music and Kellogg’s wife] brought up my daughter’s picture book about the phoenix.”

The concerto, Kellogg’s first, is in five movements and has a distinct and dramatic narrative arc featuring the soloist as the embodiment of the born-again bird.

“In the story, this stunning red bird is adopted by the sun, who gives it a long life. After 500 years, the phoenix asks the sun to give it immortality; the sun grants it in a fashion that causes the bird to burn alive, and from the ashes is born a new phoenix,” Kellogg says.

“It starts off very beautiful, then becomes darker and finally arrives back in a place of beauty.” 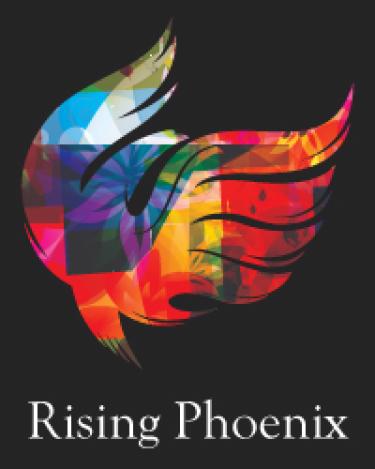 Kellogg says though it’s been several years since he wrote a piece of this magnitude—the “Phoenix” concerto lasts a full 30 minutes—he’s enjoyed the months-long creative process and the change in pace from his recent shorter works.

“I worked on this for about nine months,” he says, “starting with the fourth movement—which is kind of the climax of the piece—and then moving through the other movements. The nice thing about longer pieces is that you get to think in really big terms. I love music that has an arc, where moments of struggle emerge into something celebratory.”

As a composer and educator at a research university, the Erismann Faculty Fellow says his work outside the College of Music allows him to grow as a teacher and trainer of up-and-coming composers.

“All the faculty practice what we teach. It’s part of being at a research university,” Kellogg says. “This way, when my students come to me with challenges as they’re writing, I can talk about mine and how I solved them.”

And this piece has been particularly rewarding to share with his students.

“It’s great to work with local musicians and bring students to rehearsals. A lot of my students have been hearing me talk about this piece for the past year, so they’ll see it go from idea to reality.

“Hopefully, they’ll have that same rewarding piece that takes them to the next level as artists while they’re here at CU.”

The Colorado Symphony premieres “Rising Phoenix,” under the direction of new music director designate Brett Mitchell, this Friday and Saturday, Oct. 14 and 15, at Boettcher Concert Hall in the Denver Performing Arts Complex. Also on the program are Beethoven’s Overture to “King Stephen,” and Dvořák’s Symphony No. 8 in G Major. For ticket information, visit the Colorado Symphony’s website.

Assistant Professor of Composition Annika Socolofsky blends the realms of art and science through the Instrument Design Lab (IDL). The course offers a science-based context to instrumentation, sound and musical creation, giving College of Music students a foundation in the science of music. END_OF_DOCUMENT_TOKEN_TO_BE_REPLACED

It was a busy fall for the American Music Research Center (AMRC)! One of the... END_OF_DOCUMENT_TOKEN_TO_BE_REPLACED

Friends, My heart is heavy. Associate Professor of Violin Charles (Chas) Wetherbee passed away on... END_OF_DOCUMENT_TOKEN_TO_BE_REPLACED
Return to the top of the page