Home About IBG Institute for Behavioral Genetics, 50 Years of Excellence, 1967-2017 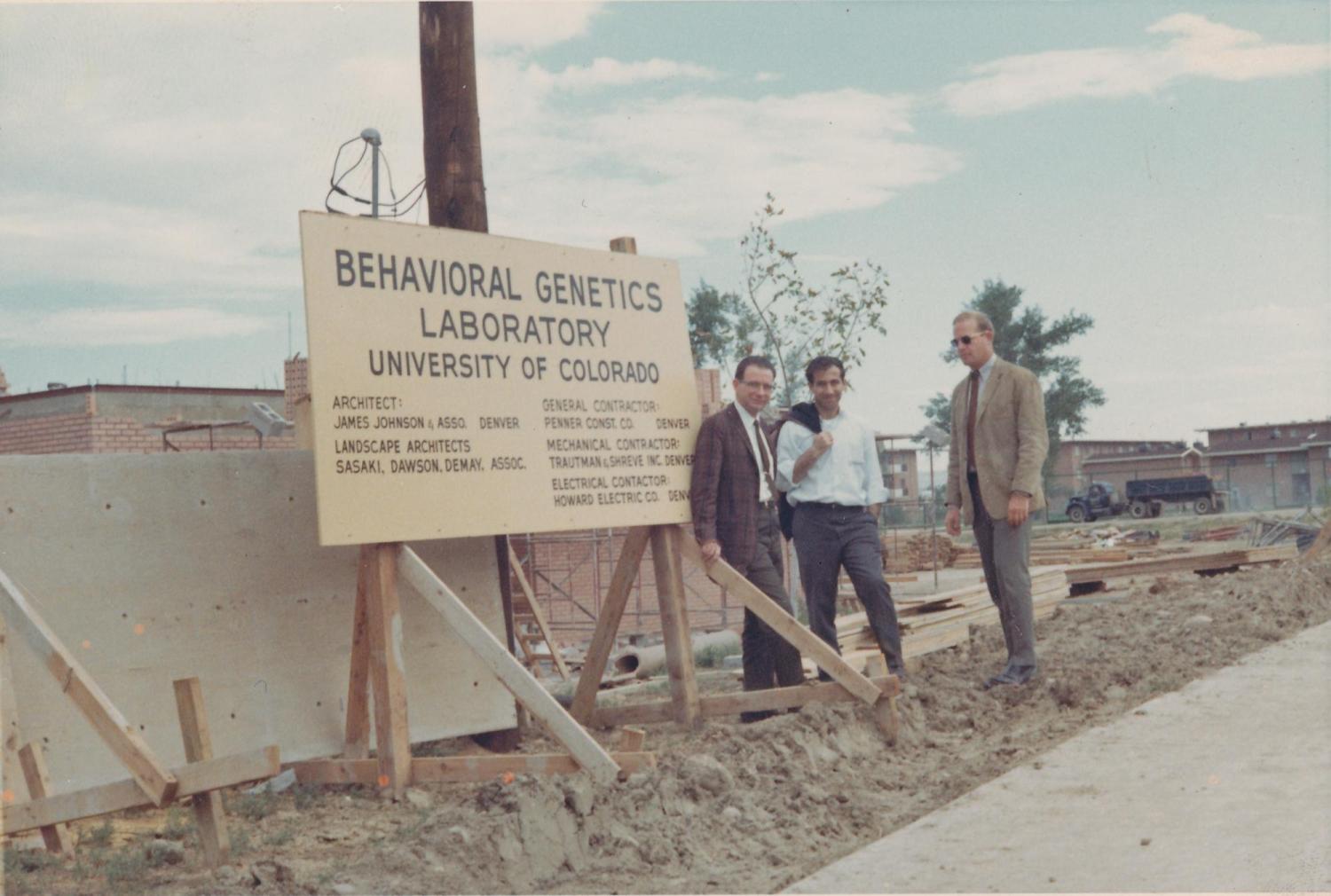 Founded in 1967, the Institute for Behavioral Genetics (IBG) was one of the first research institutes dedicated to examining the genetic and environmental bases of individual differences in behavior. From its humble beginnings with three faculty,  IBG has grown to become a preeminent institution in behavioral genetics, characterized by the breadth and innovation of its research and training programs. Although the methodology of behavioral genetics has changed enormously since its start in 1967, IBG continues to adhere to its core principles of research integrity and excellence in training.

What motivated the founding of an institute devoted to research and training in behavioral genetics? The late Gerry McClearn wrote in his original proposal: “The principle that much of the variability in learning ability, in perceptual acuteness, in personality, in susceptibility to mental disorder, is a necessary consequence of polygenic segregation has implications for ed- ucation, for law, and, indeed, for most social institutions.” There were, to be sure, detailed technical and scientific arguments for the timeliness of studying genetic influences on both animal and human behavior, but it was surely the broader societal and public health implications of this area of research that made it so appealing to the regents of the university, who approved McClearn’s proposal in January 1967, and make it perhaps even more compelling 50 years on. If you ask how genetic factors can affect your risk for drug and alcohol addiction, whether genes are involved in learning disabilities, how the course of Alzheimer’s or other diseases of aging are affected by your genetic make-up, whether some people might be at genetic risk for disorders such as schizophrenia or depression, or how genes influence your brain or cognitive functions, then you are asking the kinds of questions that behavioral geneticists look to answer. And these are questions that are important to individuals, to families and to society.

During the 50 years since the institute’s inauguration, there have been many significant milestones and accomplishments. Among them are the founding of the journal Behavior Genetics by John DeFries and Steven Vandenberg in 1970, along with the founding of the Behavior Genetics Association. The Hawaii Family Study of Cognition, the Colorado Family Reading Study and the Colorado Adoption Project were each initiated in the early 1970s, and 1977 saw the establishment of the Alcohol Research Center. DeFries and McClearn began a classic series of textbooks on behavior genetics in 1973, which has continued to the present. The MacArthur Longitudinal Twin Study was founded in 1986, and these twins and subsequent extensions of the sample are, like the families in the Colorado Adoption Project, still being studied today. The Colorado Learning Disabilities Center was founded in 1990.

In 1988, a third major interdisciplinary research center, the Drug Abuse Research Center, was founded, and this line of research continues in the form of the Colorado Center on Antisocial Drug Dependence, founded in 1997 and focusing on the genetic contributions to the pattern of behavior in adolescents characterized by a range of externalizing problems including drug abuse and conduct disorder.

The International Workshop on the Methodology of Twin and Family Studies was first held in Boulder in 1990, and continues as the annual one-week training Workshop on Statistical Genetic Methods for Human Complex Traits, supported by the National Institute of Mental Health. It was organized by John Hewitt from 1990 until 2020, and is now led by Matthew Keller. This is now internationally recognized as the one of the premier short courses in human statistical genetics for the study of behavior, and each year attracts about 100 students, together with about 20 of the world’s leading statistical and behavioral geneticists to serve as teaching faculty.

In recent years, research at the institute has included animal model research on the genetics and biology of the nicotinic receptors, and on increasingly sophisticated explorations of the genetics of aging and neurodegenerative diseases, using both the nematode worm C. elegans and the mouse models that were so important to the original conception of the institute. The study of aging also continues in the human twin and adoption samples that have been followed for past 30 years or so. Additionally, new work in brain development, structure and function is being conducted in collaboration with the Institute of Cognitive Science, both in our longitudinal twin samples, who have been studied for many years, and in newly recruited 9- and 10-year-old twins as part of the Adolescent Brain and Cognitive Development study—a nationwide, 10-year study of 10,000 children who will be followed for the next 10 years. Alongside these advances in the phenotypes we study, the institute has embraced genome-wide and “big-data” approaches that are yielding fresh insights into the polygenic segregation that Gerry McClearn alluded to 50 years ago, and real knowledge about individual genetic variants that influence complex traits.

IBG has been home to many of the classic research studies, methods and publication milestones in behavior genetics, but it continues to advance as new areas of research, technologies and methods present themselves.

Alongside its research, IBG continues to advance its mission of excellence in graduate education and research training. IBG has held two training grants awarded by the National Institute on Mental Health (NIMH) and the National Institute on Drug Abuse (NIDA). Together these awards allowed the institute to fully support 9 graduate students and 3 postdoctoral trainees in behavior genetics.

Fifty years after its founding, the record of the institute continues to be outstanding. This is due to the excellent faculty, staff and students of the institute, who have contributed to this superb professional and scientific performance and to the collegiality that remains a distinguishing characteristic of IBG through today.