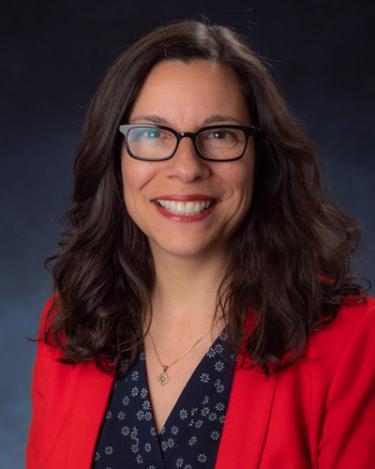 Michele Moses began her career in academia in 2000 as an assistant professor of education policy at Arizona State University and was promoted to associate professor with tenure in 2005. A well-known scholar in the areas of philosophy of education, policy, and ethics, Professor Moses was recruited to CU Boulder in 2005 and was thrilled to return to CU after having received two graduate degrees here. She was promoted to Full Professor in 2011. A philosopher by training, Professor Moses has particular expertise in policy disagreements that involve race, ethnicity, gender, and sexuality; moral and political values; democracy and the public good; and equality of educational opportunity.

She has been serving as CU Boulder's Vice Provost and Associate Vice Chancellor for Faculty Affairs since 2019, after serving as Associate Vice Provost for Faculty Affairs. Before that, as Associate Dean for Graduate Studies in the School of Education, Professor Moses founded CU Boulder’s Master’s in Higher Education Program. She has been a Fulbright New Century Scholar, was awarded CU Boulder’s Hazel Barnes Prize, and is a Fellow of the American Educational Research Association. Her work has appeared in the top journals in her field including the American Educational Research Journal, Educational Researcher, Harvard Educational Review, Journal of Higher Education, and Journal of Social Philosophy. In addition, Professor Moses is the author of Living with Moral Disagreement: The Enduring Controversy about Affirmative Action (University of Chicago Press, 2016), Embracing Race: Why We Need Race-Conscious Education Policy (Teachers College Press, 2002), and co-editor of Affirmative Action Matters: Creating Opportunities for Students around the World (Routledge, 2014).

In her role as Vice Provost, Professor Moses aims to help foster among faculty a sense of belonging and community on campus, so that faculty members feel supported, informed, and valued. She provides strategic direction for a variety of activities associated with faculty life and academic programming on the Boulder campus centered around four key areas: faculty development and support, faculty personnel actions, academic program review, and faculty data and impact. Michele also chairs the Vice Chancellor's Advisory Committee (VCAC) and co-chairs the Academic Review and Planning Advisory Committee (ARPAC), as well as the Faculty Affairs Advisory Board, the Salary Equity Appeals Committee and the Provost’s Faculty Communication Committee. A first-generation college graduate, Professor Moses holds a bachelor’s degree from the University of Virginia, an MEd in higher education and student affairs from the University of Vermont, and an MA in Philosophy and PhD in Educational Foundations and Policy from here at CU Boulder.

We welcome your feedback. The office receptionist will receive your note and forward it the appropriate individual.