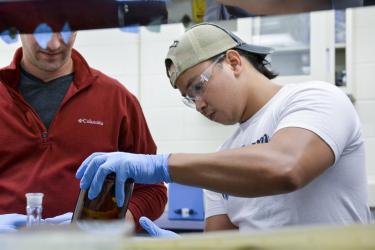 The Environmental Engineering faculty have a wide range of research interests, and are always seeking well-qualified graduate students to participate on research projects. Please feel free to contact individual faculty members to learn more about their research.