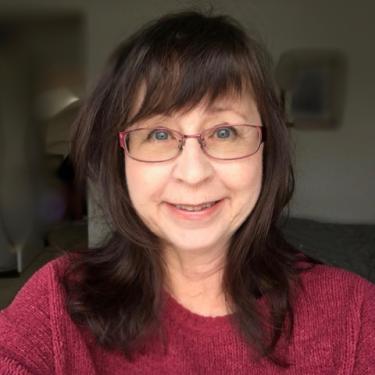 Professor Sauther’s major focus of research is to better understand how both immediate and long-term environmental factors interact with inter-individual variation to affect primate behavior and biology. In essence, she is very interested in how primates “negotiate” living within a variety of environments. Her current research focuses on understanding how environmental stressors such as anthropogenic-induced factors and climate impact both the biology and behavior of wild primates. Her research combines both field work and collaborative laboratory work with geneticists, research veterinarians and others to assess biological markers of ecological stress that includes biometrics, genetics, physiological and health measures.

While studies of Madagascar’s lemurs are abundant, much less is known about their nocturnal African cousins, the iconic, big-eyed African bushbabies, also known as galagos. The small southern lesser galago, Galago moholi, can fit in a human’s hand, while the greater thick-tailed galago, Otolemur crassicaudatus is cat-sized and thus much larger than its counterpart­­­. Essentially, it’s like comparing a gorilla to a baboon and one would expect the two species to differ in their ecology, biology and behavior. To date, most studies of South African galagos dates to the 1970s and there is much yet to be learned about the two species.

Our project focuses on the comparative ecology, biology and behavior of both species living in an Afro-Montane forest on top of the Soutpansberg Mountain range in Northern South Africa. While nearly all primate species live in the tropics, these bushbaby species are two of the few primates that live within temperate areas outside of the tropics. Due to their dramatic size difference, they are allowing us to better understand how body size may affect their ability to deal with challenging temperate environments.

Professor Sauther is currently co-directing the Southern Africa Galago Project at the Lajuma Research Centre, South Africa, which focuses on the comparative ecology, health and thermoregulation of two sympatric species of wild Galagos, Otolemur crassicaudatus and Galago moholi. For this project, she is looking for students interested in nocturnal galago ecology, biology and behavior. Prospective students preferably will have some background/experience in the study of nocturnal mammals and wildlife biology field methods. 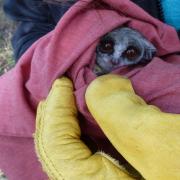 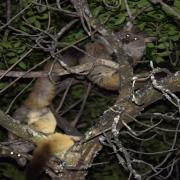 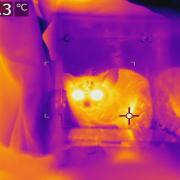 The study of teeth has moved beyond simple correlations between dental morphology and diet, to quantitative assessment of morphological structures, high-resolution studies of dental microwear, and three-dimensional analysis of occlusal topography. Our “dental ecology” approach combines such methods with data from primate field studies, which allows us to study primate teeth in the context of extensive, long-term and longitudinal behavioral and ecological data. A dental ecology approach interprets patterns of dental pathology (dental abscesses, tooth loss and dental damage) as well as dental wear as a reflection of feeding ecology, behavior and habitat variation, including the exploitation of areas affected by human caused disturbance (i.e. forest fragmentation and/or areas with introduced plants). Dental ecology allows us to study ecological change over time, as (1) teeth provide a direct record of individual life histories; (2) overall tooth wear as well as pathologies such as maxillary canine abscesses reflect long-term exploitation of particular foods, thus recording habitat use and (3) dental data are accessible in living individuals and correlate with specific behaviors and ecological variables.

Towards that end, our laboratory has over a decade of longitudinal data on the dental ecology of wild ring-tailed lemurs, Lemur catta (over 2000 molds/casts of more than 250 individually identified lemurs as well as photos of dentition for each). Our laboratory also has both cross sectional and longitudinal dental ecology data on the thick tailed galago Otolemur crassicaudatus (250 molds/casts of more than 200 individuals).

Primate dental ecology – how teeth can provide a window into environmental change and reflect the use of the environment.

Professor Sauther’s research laboratory also contains one of the largest collections of longitudinal, wild strepsirrhine dental impressions of Lemur catta collected from her decades long research on this species at Beza Mahafaly, Madagascar. Her collection also includes a large longitudinal and cross-sectional collection of dental impressions of wild Otolemur crassicaudatus from the Lajuma Research Centre.  For this research she is interested in students wanting to conduct original research on the dental ecology of these species. Students should have a working knowledge of modern techniques for studying dentition such as dental topographic analysis using geographic information systems (GIS) and laser scanning methodology. 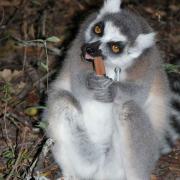 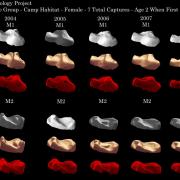