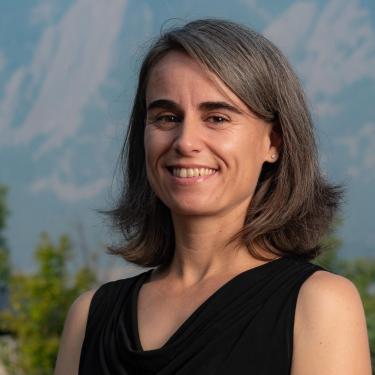 Jen Shannon joined the CU Department of Anthropology and the CU Museum of Natural History in August of 2009. As a Curator and Associate Professor of Cultural Anthropology, Jen conducts ethnographic fieldwork as well as collections research, works on exhibits and collaborative projects in the museum, and teaches courses and advises students in the Museum and Field Studies program and in the Department of Anthropology.  Jen worked as a Lead Researcher in the Curatorial department at the National Museum of the American Indian before earning a PhD in Sociocultural Anthropology at Cornell University. She is a consultant to the National Museum of the American Indian, co-host of SAPIENS: A Podcast for Everything Human, author of Our Lives: Collaboration, Native Voice, and the Making of the National Museum of the American Indian (SAR Press 2014), and co-producer of NAGRA Comics.

Jen's research is committed to facilitating and disseminating more diverse and inclusive representations and understandings of history and contemporary lives, particularly through collaboration with Indigenous peoples.  Her work involves connecting Native Nations to museum collections through repatriation consultations, co-directed research projects, digitizing tangible and intangible heritage, and oral history projects. She has worked with diverse indigenous peoples--from Chicago to Nunavut to Taiwan, most recently with the Campo Kumeyaay Nation in California and the Mandan Hidatsa Arikara Nation in North Dakota.

*Professor Shannon is not accepting graduate students for Fall 2023