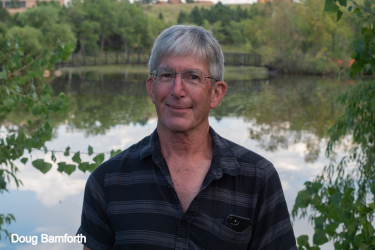 I am an archaeologist who works mainly on the Great Plains; I have also worked in the Colorado mountains, coastal California, the California desert, the Great Basin, Germany, and Ireland. I have a major technical interest in the study of how ancient people made and used stone tools. My research has focused on how human use of the Plains landscape responded to long-term environmental change during the Paleoindian period (from roughly 11,000 to 8000 BC).  My recent research looks at the archaeology of farmers on the central and northern Plains during the last 1000 years. I am have completed fieldwork on a small-scale 12th century horticultural community on the Pine Ridge in northwestern Nebraska.  My current project examines social and other changes in the history of the Pawnee and Arikara nations during the 13th and 14th century, with fieldwork on the Lynch site on Ponca Creek in northeastern Nebraska.

Dr. Bamforth is currently focusing on the Plains Village period. His recent graduates have worked on spatial analyses of the Allen site, a Middle Plains woodland site, contact period archaeology of the northern Great Plains, with a particular emphasis on the farming villages of the Missouri River region, and the use of quantitative optimal foraging models to understand human subsistence decisions in light of storage in Central California and the Eastern Woodlands.

Professor Bamforth is looking for graduate students with an interest in:

Bamforth has a long record of work on the early (Paleoindian) period on the Plains, but over the last few years, his research has turned to later periods of time, particularly the Plains Village period. During the past six years, he has focused on Pine Ridge in Nebraska, where he has opened a Plains Village residential site that appears to be underlain by a Late Woodland bison kill.

*Professor Bamforth is not accepting graduate students for Fall 2023 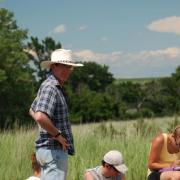 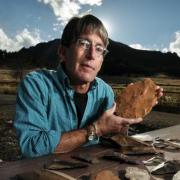 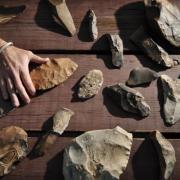