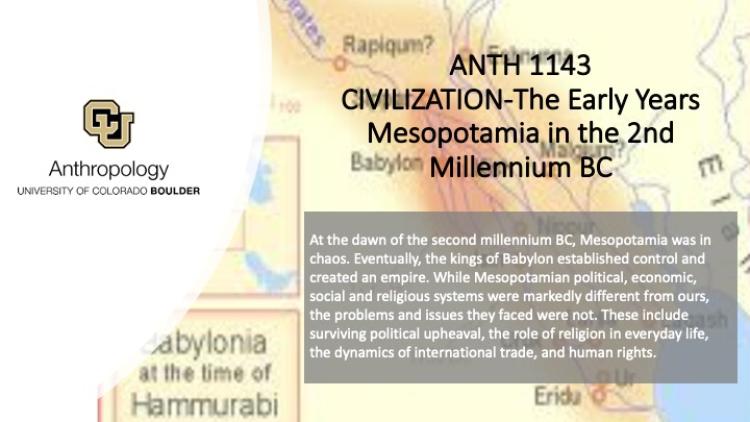 CIVILIZATION-The Early Years Mesopotamia in the 2nd Millennium BC

At the dawn of the second millennium BC, Mesopotamia was in chaos. Eventually, the kings of Babylon established control and created an empire. While Mesopotamian political, economic, social and religious systems were markedly different from ours, the problems and issues they faced were not. These include surviving political upheaval, the role of religion in everyday life, the dynamics of international trade, and human rights.