ANTH 1115 The Caribbean in Post-Colonial Perspective 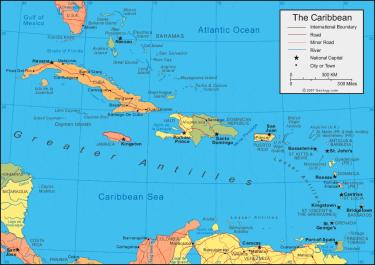 This course introduces students to the varied peoples and cultures in the Caribbean region, including the historical, colonial, and contemporary political-economic contexts, as well as the religious, migratory, and other cultural practices.  The Caribbean is composed of several islands united by the experiences of indigenous decimation, European colonization, and re-population largely by imported laborers from Africa and/or Asia.  The colonial/linguistic group will serve to organize our understanding of the multiple experiences in the region, however the longstanding experiences of West/non-West intermingling is the umbrella that unites the region even into the present post-colonial era of U.S. dominance of the region.