The SIAM student chapters of Colorado are hosting their 15th annual regional student conference on applied mathematics for all schools along the Front Range. This event will allow students from different universities in the area to see what is being done in this field and promote interest in applied mathematics in general. This event is open to both undergraduates and graduate students.

University of Colorado at Denver
Check the page here for directions.

All students (undergraduate and graduate) are invited to submit abstracts on any research topic in applied mathematics. Please submit your title and abstract as soon as possible, but no later than February 22, 2019. All titles and abstracts should be submitted to FRAMSC.abstracts@gmail.com. See the call for presentations page for more information.

You can view this year's program, poster, and brochure as well for an overview of the event.

How to predict a Tsunami

During the last decades, earthquake driven tsunamis have impacted the lives of millions and resulted in financial losses in the billions. Some of this devastation could be avoided if one could reliably predict the impact of tsunamis as an integral part of tsunami warning system, giving time to evacuate people and high value asserts as needed.

In this talk we discuss the models and computational elements of a simulation tool to enable the prediction of tsunami arrival time on a global scale. The computational kernel is based on a high-order accurate discontinuous Galerkin method for the spherical shallow water equations, able to handle wetting/drying and non-conforming, curved meshes. We shall touch in key challenges such as well-balanced schemes and the development of a method for handling wet/dry transitions. The flexibility of the formulation allows for the use of a fully non-conforming discretization, opening the path to efficient adaptive computations.

We illustrate the properties of the scheme through a series of simple one-dimensional tests before validating the method for the simulation of large-scale tsunami events on the rotating sphere by performing numerical simulations of several historical large scale events and compare our results to real-world data. By considering both static and dynamic earthquake models, we demonstrate that the method is able to predict arrival times and wave amplitudes accurately, even over long distances.

This work has been done with in collaboration with B Bonev (EPFL, CH), F. Giraldo (NPS, US)
M. Hajihassanpour (Sharif, Iran), and M. A. Kopera (UC Santa Cruz, US).

Prof. Hesthaven currently holds the Chair of Computational Mathematics and Simulation Science within the Mathematics Institute of Computational Science and Engineering (MATHICSE) at Ecole Polytechnique Fédérale de Lausanne (EPFL) in Switzerland. He received an M.Sc. in computational physics from the Technical University of Denmark (DTU) in 1991 and a Ph.D. in Numerical Analysis from the Institute of Mathematical Modelling (DTU) in 1995. During his tenure at Brown University (1995-2013), he was the Founding Director of the Center for Computation and Visualization (CCV) and Deputy Director of the Institute of Computational and Experimental Research in Mathematics (ICERM), at Brown University, the newest NSF Mathematical Sciences Research Institute. He holds the (honorary) title of Professor (Adjunct) at the Technical University of Denmark and was awarded the degree of Doctor Technices -- the highest academic distinction awarded based on ... substantial and lasting contributions that has helped to move the research area forward and penetrated into applications. In March 2014 he was elected SIAM Fellow for contributions to high-order methods for partial differential equations. 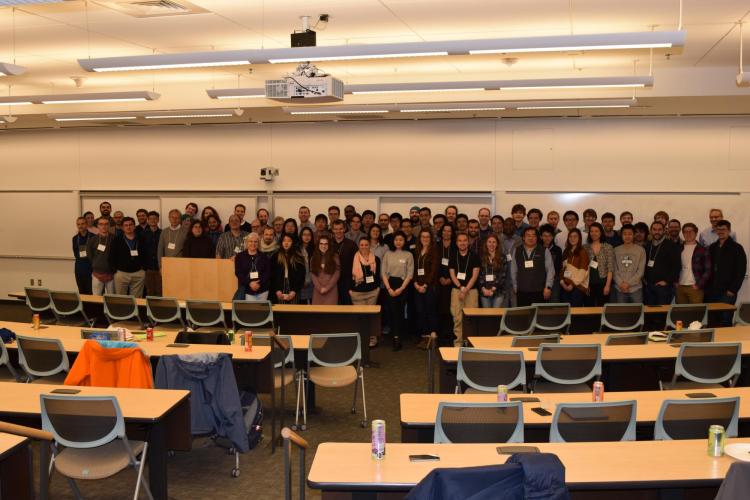