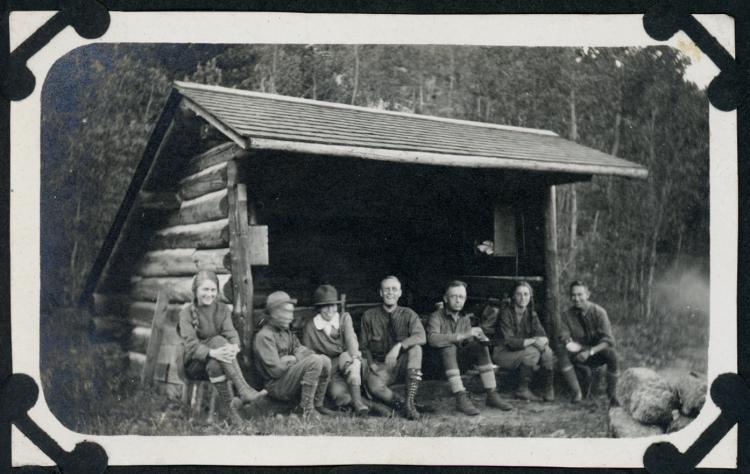 Humorously known as CU’s “Matrimonial Agency,” the Hiking Club has a long list of members who eventually tied the knot. As June is one of the most popular wedding months, we thought we would celebrate with some high-altitude matchmaking. 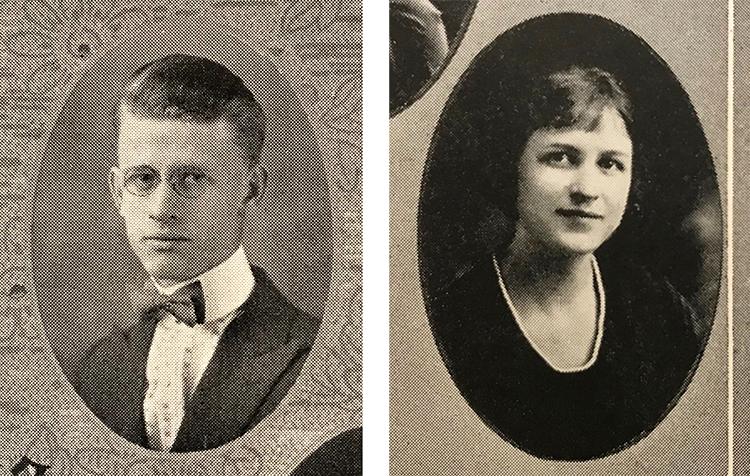 The earliest known marriage to result from a Hiking Club romance was between Weston Edward Taylor (A&S 1923) and Alta Maude Lewis (A&S 1923) in the early 1920s. Weston arrived in Boulder from St. Louis, Missouri and began his freshman year in the fall of 1918. In January 1920 he became one of seventeen students who were the first round of new Hiking Club members after its April 1919 founding.

Originally from La Junta, Colorado, Alta transferred to CU her sophomore year from the University of Denver in September 1920 and became an active member of the Hiking Club by November. Perhaps the two hit it off quickly since Weston made a point of underlining Alta’s name in his Initiation Banquet program a few months later. Alta became the club secretary during her senior year, signing her future husband’s membership card.

After graduation, Weston landed a teaching job in Corsica, South Dakota while Alta remained in Colorado. Weston helped secure a teaching position for Alta in Corsica before he returned to marry her in Rocky Ford in August 1924. The couple lived in South Dakota for several years before moving back to Colorado, living in Lyons and later Brush. 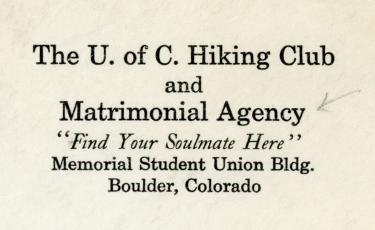 Having been called “the most successful marriage bureau on the campus” during the 1940s, the young men and women who met in the club not only shared a love of the outdoors, but they typically had other traits in common as well. The hikers considered themselves to be a fun-loving and hardy group who quickly found kindred spirits side by side on the trails. The close friendships and bonds were attributed to the fact that it was impossible to hide one’s true character on long, challenging hikes. 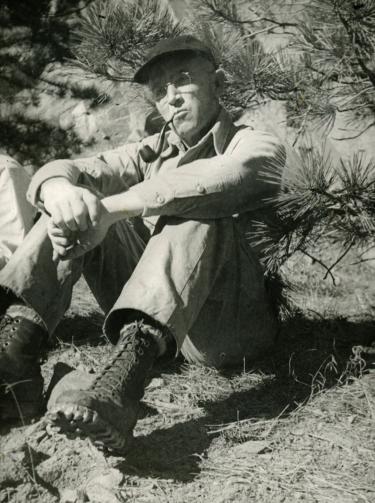 While the total number of Hiking Club marriages cannot be accurately counted, it is known that by 1943, 24 years after the club’s inception, Hubert Melmoth Walters, a.k.a. “Father Mike,” had married over thirty Hiking Club couples. At that time the club still boasted that there were no divorces. The rector of Boulder’s St. John’s Episcopal church beginning in 1912, Rev. Walters was also a staple in the Boulder hiking community, an active CU Hiking Club member, worked with various groups on campus and ministered Episcopal students. He remained active in the Boulder and CU communities until his retirement in 1953. 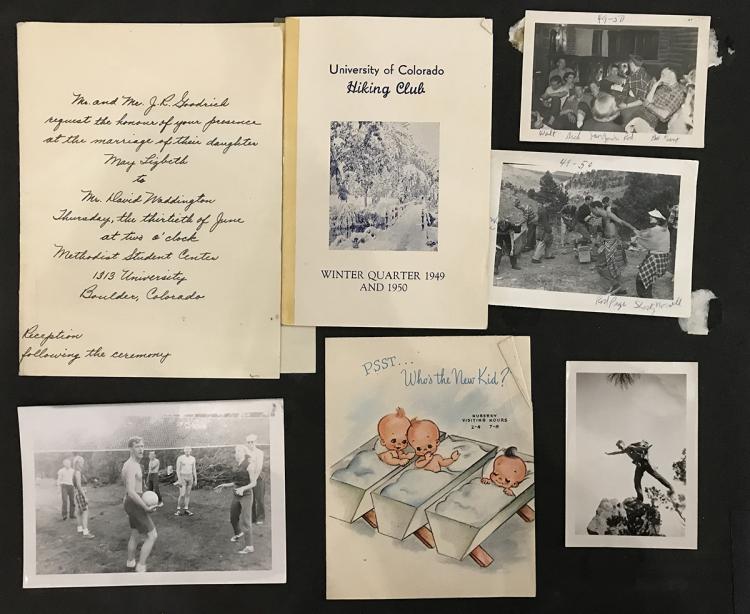 Scrapbooks kept by club members document not only the new student members, hikes and parties over the years, but they record the joyous moments in many Hiking Club alumni lives. Pages of wedding invitations, baby announcements, and holiday cards grace the pages as members remained in touch as the bonds they shared as students grew into life-long friendships.

There is no doubt that the experiences and friendships made while in the Hiking Club were enjoyable and significant. Weston Taylor summed it up nicely in a note he made in his Initiation Banquet program during his senior year:

This is the 3rd Initiation.
The 1st we did not know each other.
The 2nd we sat by each other but not together.
The 3rd: Well, it was different. 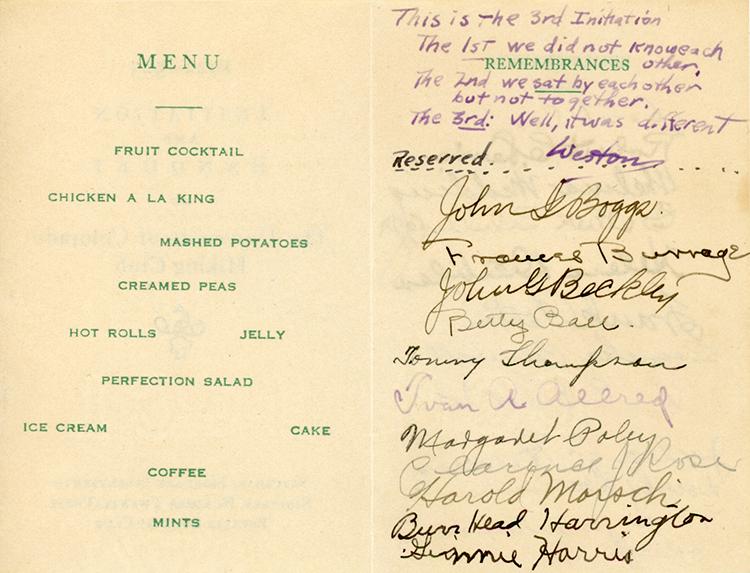