Austin Nash is an ecological researcher in the McCain Mountain Lab, a conservation photographer and outdoor recreationist. He has enjoyed capturing, studying and recreating in places such as Glover’s Reef in Belize, the Galápagos Islands of Ecuador, and the Kenai Peninsula of Alaska. He is currently investigating how mammals of differing body sizes access microclimatic conditions and is passionate about reintegrating natural systems in cities. He hopes to help study and protect America’s public lands in the future as a National Park Service ecologist. He has been nationally published in Photographer’s Forum magazine. 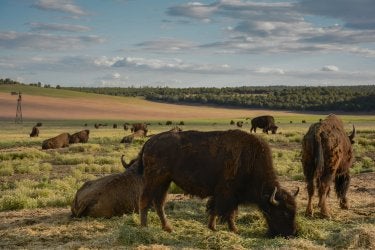 American Bison – “This photograph was taken between Zion and Bryce Canyon National Parks in the state of Utah. These bison represent a small population of agriculturally raised bison. The bison used to roam the United States in herds numbering the millions. Due to massive hunts, the species was nearly extinct, but has now rebounded. The bison is a symbol of American culture and dignity, yet Americans themselves were almost their demise. It is important for citizens to recognize the ecological harms in our country’s past, so we may collectively be better environmental stewards for future generations. Americans can take solace in the resilience of the American Bison in a rapidly changing world.” 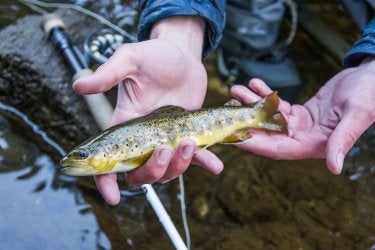 Brown Trout – “Boulder creek lazily swings along the northern border of CU Boulder’s main campus. Within its water, brown trout fight the never-ending current of icy water that rushes down from the Continental Divide. Along the banks of Boulder Creek, you can find anglers searching through their fly boxes to mirror what the trout are eating at that moment. Some of these anglers are CU students and professors. A healthy watershed allows for healthy populations of trout, clean drinking water and an ample supply of water for agriculture. CU Environmental Studies students annually monitor the water quality of the creek in class and begin a personal connection to the waters they rely on.”

See more of Austin’s work
By clicking the preceding link, you are leaving colorado.edu. We are not responsible for the content of any linked site or any link contained in a linked site.