Your brain on imagination: It's a lot like the real thing, study shows 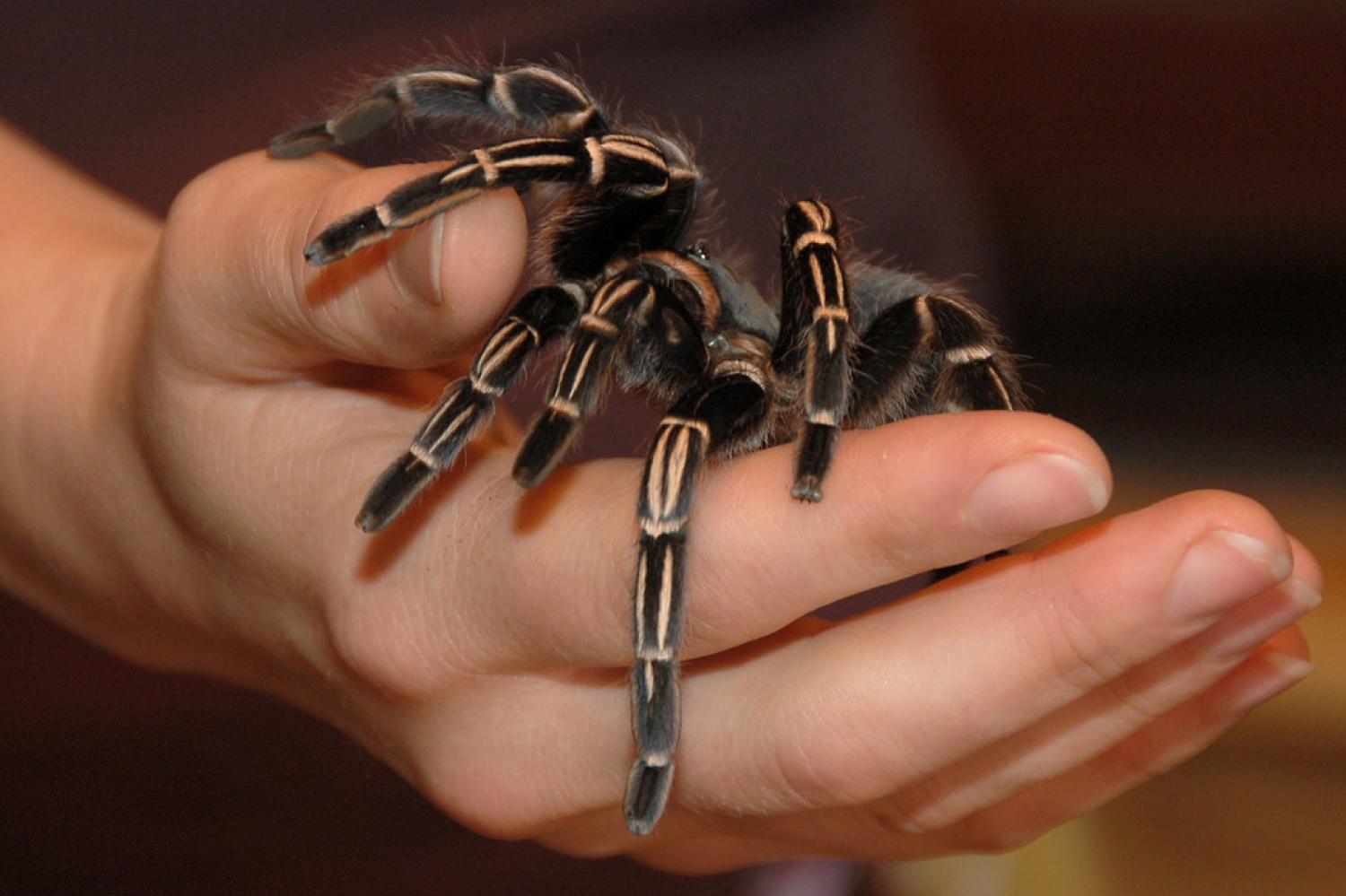 Imagine a barking dog, a furry spider or another perceived threat and your brain and body respond much like they would if you experienced the real thing. Imagine it repeatedly in a safe environment and soon your phobia—and your brain’s response to it—begins to subside.

That’s the takeaway of a new brain imaging study led by CU Boulder and Icahn School of Medicine researchers, suggesting that imagination can be a powerful tool in helping people with fear and anxiety-related disorders overcome them.

“This research confirms that imagination is a neurological reality that can impact our brains and bodies in ways that matter for our wellbeing,” said Tor Wager, director of the Cognitive and Affective Neuroscience Laboratory at CU Boulder and co-senior author of the paper, published in the journal Neuron.

About one in three people in the United States have anxiety disorders, including phobias, and 8 percent have post-traumatic stress disorder. Since the 1950s, clinicians have used “exposure therapy” as a first-line treatment, asking patients to face their fears—real or imagined—in a safe, controlled setting. Anecdotally, results have been positive.

But until now, very little has been known about how such methods impact the brain or how imagination neurologically compares to real-life exposure.

“These novel findings bridge a long-standing gap between clinical practice and cognitive neuroscience,” said lead author Marianne Cumella Reddan, a graduate student in the Department of Psychology and Neuroscience at CU Boulder. “This is the first neuroscience study to show that imagining a threat can actually alter the way it is represented in the brain.” 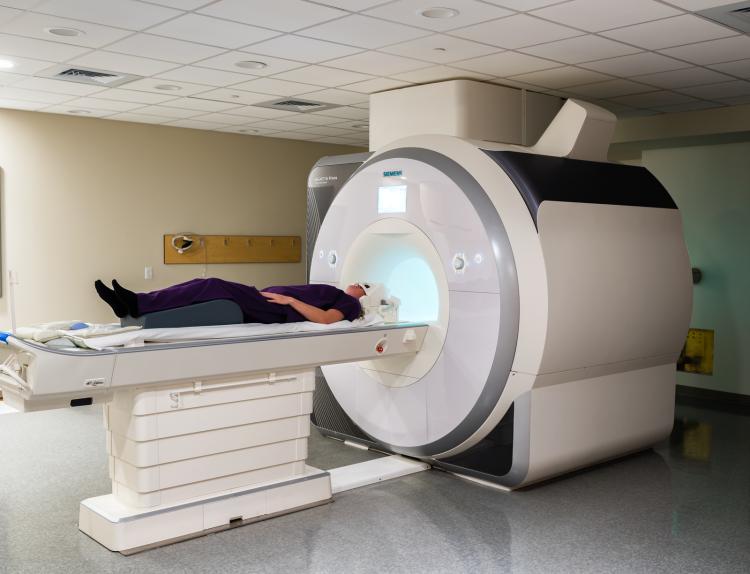 For the study, 68 healthy participants were trained to associate a sound with an uncomfortable, but not painful, electric shock. Then, they were divided into three groups and either exposed to the same threatening sound, asked to “play the sound in their head,” or asked to imagine pleasant bird and rain sounds—all without experiencing further shocks.

In the groups that imagined and heard the threatening sounds, brain activity was remarkably similar, with the auditory cortex (which processes sound), the nucleus accumbens (which is associated with reward learning) and the ventromedial prefrontal cortex (associated with risk and aversion) all lighting up.

After repeated exposure without the accompanying shock, the subjects in both the real and imagined threat groups experienced what is known as “extinction,” where the formerly fear-inducing stimulus no longer ignited a fear response.

Essentially, the brain had unlearned to be afraid.

“Statistically, real and imagined exposure to the threat were not different at the whole brain level, and imagination worked just as well,” said Reddan.

Notably, the group that imagined birds and rain sounds showed different brain reactions, and their fear response to the sound persisted.

“I think a lot of people assume that the way to reduce fear or negative emotion is to imagine something good. In fact, what might be more effective is exactly the opposite: imagining the threat, but without the negative consequences,” said Wager.

Previous research has shown that imagining an act can activate and strengthen regions of the brain involved in its real-life execution, improving performance. For instance, imagining playing piano can boost neuronal connections in regions related to the fingers. Research also shows it’s possible to update our memories, inserting new details.

The new study suggests that imagination may be a more powerful tool than previously believed for updating those memories. 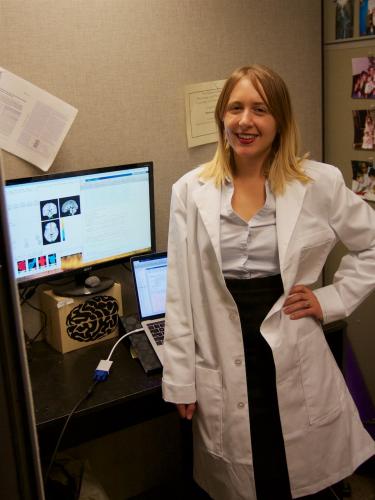 “If you have a memory that is no longer useful for you or is crippling you, you can use imagination to tap into it, change it and re-consolidate it, updating the way you think about and experience something,” said Reddan, stressing that something as simple as imagining a single tone tapped into a complex network of brain circuits.

She notes that there was much more variance in brain activity in the group that imagined the tone versus the ones who really heard it, suggesting that those with a more vivid imagination may experience greater brain changes when simulating something in their mind’s eye.

As imagination becomes a more common tool among clinicians, more research is necessary, they write.

For now, Wager advises, pay attention to what you imagine.

“Manage your imagination and what you permit yourself to imagine. You can use imagination constructively to shape what your brain learns from experience.”

Or, as writer and philosopher Mary Baker Eddy put it, “Stand porter at the door of thought.”

Still hesitant to get the shot? 7 COVID vaccine concerns addressed

Some worry that the science was rushed. Others question whether the benefits outweigh the risks. Here's what Teresa Foley, a teaching professor of distinction in integrative physiology, tells students, acquaintances and family who are hesitant. END_OF_DOCUMENT_TOKEN_TO_BE_REPLACED

In 2009, Colorado launched an ambitious initiative that enabled federally-funded Title X clinics to provide a broad array of birth control options for free or at a low cost. A new study shows the program significantly boosted graduation rates in the state, enabling 3,800 more women to get a diploma. END_OF_DOCUMENT_TOKEN_TO_BE_REPLACED 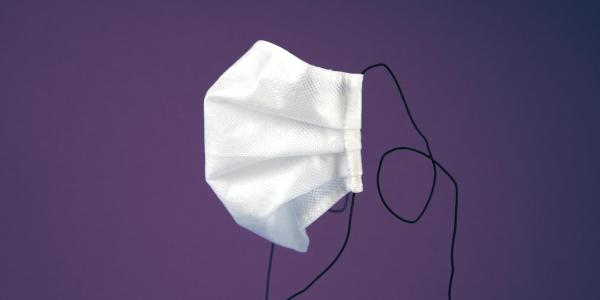 How scientists know the coronavirus spreads mostly through the air

There is strong evidence that the SARS-CoV-2 virus, which causes COVID-19, is predominantly transmitted through the air, and therefore public health measures that fail to treat the virus as predominantly airborne leave people unprotected and allow the virus to spread. END_OF_DOCUMENT_TOKEN_TO_BE_REPLACED
Return to the top of the page