It took 48 games for the first and second rounds of the 64-team NCAA men’s basketball tournament to be decided, and millions of fans are deliriously awaiting the Sweet 16 to commence later this week.

END_OF_DOCUMENT_TOKEN_TO_BE_REPLACED 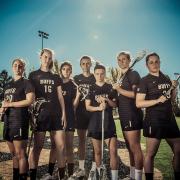 If you’ve ever started a business, you can identify with Ann Elliott. Her startup is lacrosse at the University of Colorado, and it’s been just under two years in the making. In the making is not completely accurate, because CU lax remains a work in progress and won’t grow out of that definition for at least a couple of years. But “Annie” Elliott is a patient business woman and her “investors” say they’re in it for the long run. CU’s historic grand opening – the first home game – is Saturday at noon against Regis.

END_OF_DOCUMENT_TOKEN_TO_BE_REPLACED 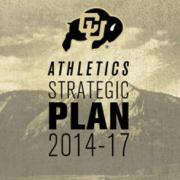 When Rick George was named the sixth Athletic Director in University of Colorado history last summer, one of his first projects he wanted to complete was the development of the athletic department’s first-ever comprehensive strategic plan, similar to ones he put in place at several of his previous stops. After nearly four months of input, analysis and planning meetings that involved a broad group of individuals representing athletic staff, current student-athletes, alumni, donors and university representatives, George unveiled the strategic plan Wednesday morning to members of the Board of Regents’ Intercollegiate Athletics Committee at its meeting in Colorado Springs.

END_OF_DOCUMENT_TOKEN_TO_BE_REPLACED 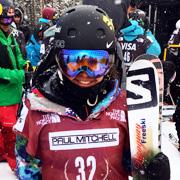 During a 24-hour pit-stop in Boulder -- between Switzerland and Park City, Utah, -- Julia Marino spent a night at her college apartment, caught up with friends over breakfast and spoke about her journey to Sochi to compete as an Olympic athlete. Marino is a CU student and Paraguay’s first Olympic athlete to compete in the winter games. A slopestyle skier, she was born in Paraguay and raised by her adoptive parents in Winchester, Mass.

END_OF_DOCUMENT_TOKEN_TO_BE_REPLACED 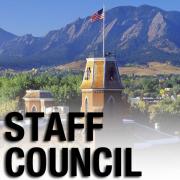 The Boulder Campus Staff Council (BCSC) congratulates the 2013 Chancellor’s Employees of the Year: George “Barney” Ballinger, Martha Shernick, Larry Drees, Jennifer Law and David Kalahar. BCSC also thanks Colorado Athletics for acknowledging the award winners on the court at the CU women’s basketball game against University of California, Berkeley on Friday, Jan. 10. For more information on the awardees, read “ Chancellor’s 2013 Employee of the Year Award recognizes staff excellence ” from the Jan. 9 edition of CU-Boulder Today .

END_OF_DOCUMENT_TOKEN_TO_BE_REPLACED 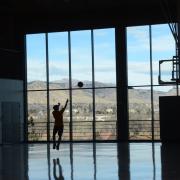 Seven things you should know about the Rec. Center expansion

The student-initiated expansion of the CU-Boulder Student Recreation Center re-opened on Jan. 10. While the project is not completely finished, many recreation areas are ready for use.

END_OF_DOCUMENT_TOKEN_TO_BE_REPLACED 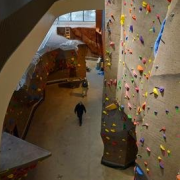 The University of Colorado Boulder’s expansion of the Student Recreation Center, a project initiated by students, opens on Friday, Jan. 10, at 9 a.m. The southwest addition, the second and largest phase of the project, is located just north of the Ramaley Biology Building and east of Sewall Hall and will provide an additional 83,000 square feet of indoor recreational space.

END_OF_DOCUMENT_TOKEN_TO_BE_REPLACED 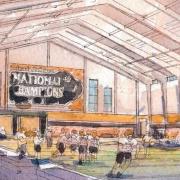 Board of Regents approves $142 million plan for athletics facilities upgrades

The University of Colorado Board of Regents voted 9-0 Wednesday in favor of a $142 million plan to upgrade facilities for intercollegiate athletics at CU-Boulder. The plan, presented by CU athletic director Rick George, has six major features including an indoor multipurpose practice facility, transforming the second floor of Dal Ward to increase the athletic department’s academic support and a high-performance sports center to host collaborative research conducted by faculty at CU-Boulder in Integrative Physiology and researchers at the Anschutz Medical Campus.

END_OF_DOCUMENT_TOKEN_TO_BE_REPLACED 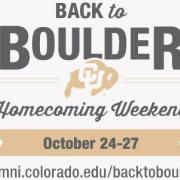 Back to Boulder Homecoming Weekend to offer activities and events Oct. 24-27

A huge range of activities will be offered during the University of Colorado’s 2013 Back to Boulder Homecoming Weekend Oct. 24-27 for alumni, students, faculty, staff and community members. A full description of activities and events as well as event registration can be found on the Back to Boulder website at http://alumni.colorado.edu/backtoboulder .

END_OF_DOCUMENT_TOKEN_TO_BE_REPLACED 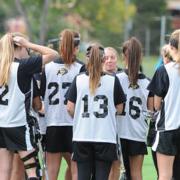 The inaugural University of Colorado lacrosse spring schedule includes eight home matches and nine conference bouts, head coach Ann Elliott announced Tuesday. The Buffs open home play on Saturday, Feb. 22, 2014 against Regis. “After being on the road for three games it will be exciting to finally be able to play at home,” Elliott said. “This will mark the first ever women’s Division I lacrosse game at CU and we are very excited to be able to play at home with the support of the community and our fans.”