Banner image: INSPIRESat-1 with its solar panels folded up in preparation for launch. (Credit: ISRO)

From 2017 to 2020, students from five different countries traveled to the Laboratory for Atmospheric and Space Physics (LASP) at CU Boulder to engage in an ambitious undertaking: to design and build a miniature satellite.

After two years of delays due to the COVID-19 pandemic, their global collaboration is about to pay off. The team’s spacecraft, called INSPIRESat-1, is set to launch from a rocket pad at the Satish Dhawan Space Centre in India on Monday, Feb. 14 local time (Feb. 13 at 5:29 p.m. Mountain Time).

“We’re good to go,” said Spencer Boyajian, a professional research assistant at LASP who worked on INSPIRESat-1 while earning his master’s degree at CU Boulder. “We’re all thinking: ‘finally.’”

The spacecraft is about the size of a small cooler. But it has hefty goals: over the course of a year, the roughly $3 million satellite will circle Earth to observe radiation from the sun and how it influences the planet's atmosphere.

INSPIRESat-1 marks the flagship mission of the International Satellite Program in Research and Education (INSPIRE). This coalition of 11 universities from Canada to Singapore brings together undergraduate and graduate students to get hands-on experience in designing spacecraft—building satellites that collect real scientific data in space. The roughly 30 students on the INSPIRESat-1 team experienced a lot of late nights, around-the-world flights and Zoom calls before Zoom calls were the norm. They cooked their regional dishes for each other, played soccer and, in some cases, saw snow for the first time in the Rocky Mountains. 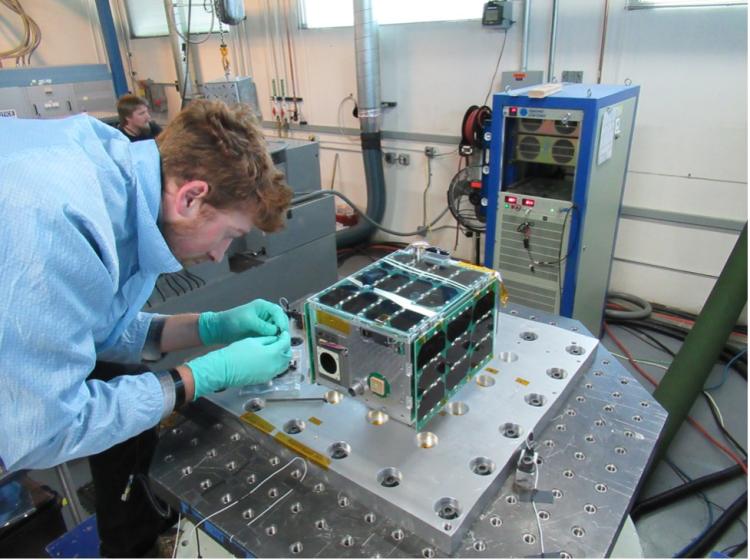 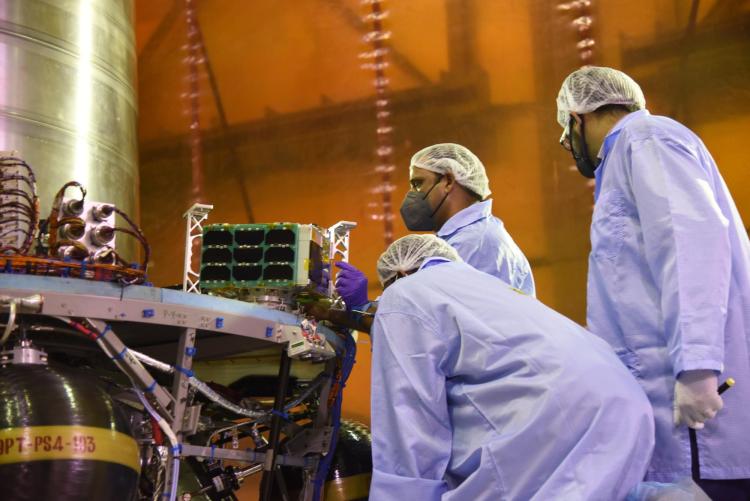 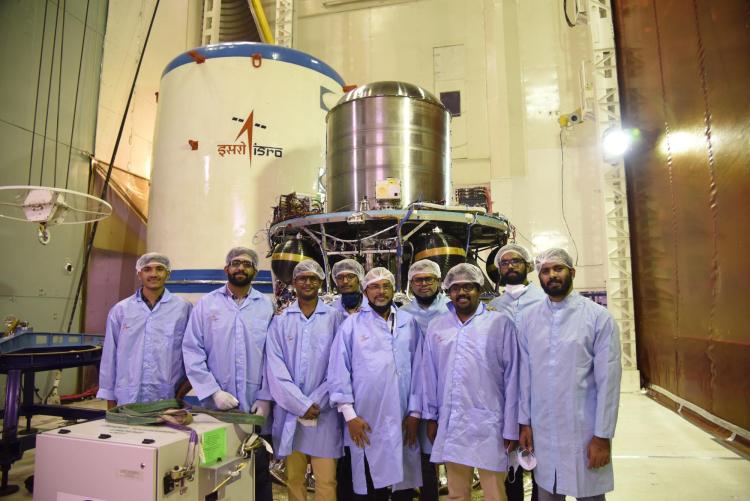 Engineers from ISRO and the Indian Institute for Space Science and Technology stand in front of the launch vehicle that will carry INSPIRESat-1 into space. (Credit: ISRO)

“It was a cross-cultural experience,” said Amal Chandran, the program manager for INSPIRE at LASP. “We’re bringing together students who are going to be the leaders of the space community in the future. We want to engrain in them that working collaboratively is a good thing.”

Six universities collaborated on INSPIRESat-1, including CU Boulder, the Indian Institute for Space Science and Technology (IIST), Nanyang Technological University (NTU) in Singapore, National Central University (NCU) in Taiwan, the University of Alberta in Canada and Sultan Qaboos University in Oman. The mission was funded, in part, by a grant from CU Boulder Provost Russell Moore.

“INSPIRE has given students from around the world new opportunities to work collaboratively in international teams to develop real spacecraft from the idea stage to launch and beyond,” Moore said. “The program shows CU Boulder’s commitment with providing students with hands-on research experiences that will allow them to become the scientific and engineering leaders of the future.”

Out in the snow

The global team of students behind INSPIRESat-1 aren’t just top-notch scientists and engineers—they also represent the future of space exploration. By the end of the decade, Chandran estimates that as many as 50 new countries could launch their first satellites into space.

“Space is going international,” said Chandran who also leads the Satellite Research Centre at NTU. “What we want to do at LASP is teach these new entrants into space how to create a sustainable space industry by supporting high-quality research.”

"Small spacecraft are revolutionizing how space research is done, and the INSPIRE program has been changing how young people from around the Earth see themselves and what they can contribute to understanding our planet,” he said. “We are pleased that INSPIRESat-1 is ready to go into space. With it go the aspirations of students and institutions that see a bright future in space exploration.”

Duann Yi joined the INSPIRE team in 2017, when she was pursuing her master’s degree at NCU in Taoyuan City, Taiwan. She traveled to the United States three times for the project—over the summers in 2017 and 2018 and for eight months in 2019.

“The views in Boulder are really beautiful, and the people there are really nice,” said Yi, now a doctoral student at NCU.

Sarthak Srivastava, who started on INSPIRE while working as a research engineer at NTU, said that CubeSats are the perfect sandboxes for learning about spacecraft. When your satellite is that small, you have to know how every component and subsystem works.

“Given the lean teams and smaller scale of such projects, very often we get involved in technical work very different from our area of expertise,” said Srivastava, now a doctoral student.

INSPIRESat-1 boasts two scientific instruments in one small package. The Dual-zone Aperture X-ray Solar Spectrometer (DAXSS), developed by LASP, will look outward, collecting data on X-ray radiation emanating from the sun. The Compact Ionospheric Probe (CIP), developed by NCU, will point down to measure fluctuations in Earth’s ionosphere—or the highest layer of the atmosphere beginning about 50 miles above the planet’s surface.

Boyajian noted that the cross-cultural aspect of the project wasn’t always easy. The students had to overcome big cultural and language barriers to function as a team. But they also had fun together, both in and out of the lab. One summer, he took a group of students to St. Mary’s Glacier to the southwest of Boulder where they slipped and played in the snow.

“At the end of the day, we’re all nerds,” said Boyajian.

Now, they’re counting down the hours until INSPIRESat-1 finally launches. Once it makes it to space, Boyajian explained, the CubeSat will push off from its rocket to enter into orbit around Earth. The team will then have to scramble, using satellite antennas on the ground to try to locate the spacecraft’s faint radio signal above.

“Our orbit is going to fall within a slim trajectory, but space is big,” he said. “The stress won’t abate until we get that first contact.”

When that first contact comes, however, Yi said students across many different countries will have reason to celebrate: “There is always a sense of achievement to see something you worked on for so long go up into orbit.”

CU Boulder has been selected as a member of the United States Space Command Academic Engagement Enterprise, a new national program designed to expand collaboration and academic exchanges between universities and Space Command. END_OF_DOCUMENT_TOKEN_TO_BE_REPLACED

Since July 2022, a miniature satellite about the size of a shoebox has been orbiting Earth and monitoring how much solar energy reaches the atmosphere, one of the "most important" Earth science measurements. Now, scientists are finalizing their analysis of the first five months of the testing. END_OF_DOCUMENT_TOKEN_TO_BE_REPLACED

The historic spacecraft soon hit Earth's atmosphere flying at speeds of almost 25,000 mph. CU Boulder aerospace engineer Iain Boyd breaks down what will happen to the capsule, and how NASA will keep it safe on reentry. END_OF_DOCUMENT_TOKEN_TO_BE_REPLACED
Return to the top of the page