‘To save our pets, we need to know our neighbors.’ Lessons from the Marshall Fire

‘To save our pets, we need to know our neighbors.’ Lessons from the Marshall Fire

More than 1,000 pets perished in the Marshall Fire, many of them trapped inside their homes as guardians who had left for the day desperately tried to devise a plan to free them, according to new CU Boulder research.

With the one-year anniversary of the Dec. 30 firestorm approaching, and more rapid-onset natural disasters likely to come, the study authors have a message for owners wanting to keep their animals as safe as possible.

Make an evacuation plan for your pets, and if you can’t be home to carry it out, designate someone to help:

“My main takeaway is that to save our pets, we need to know our neighbors,” said study co-author Leslie Irvine, a sociology professor at CU Boulder and author of the book, Filling the Ark: Animal Welfare in Disasters.

A different kind of disaster

The Marshall Fire was not the first disaster to take a stunning toll on animal companions. A scorched dog bowl belonging to labrador retrievers Reggie and Packer, who perished in the Marshall Fire. Credit: Patti Benninghoff-Lawson

As part of her decades of research on the human-animal connection, Irvine touched down in New Orleans just days after Hurricane Katrina in 2005 to find that guardians were often forced to evacuate without their pets, and even when they got them out, public transportation or accommodations often prohibited them.

Policymakers have since recognized that leaving pets behind takes a potent emotional toll on people and can put them and emergency rescue personnel in greater danger. (One survey found that 62% of pet owners would defy evacuation orders if they couldn’t find a place for their pets.)

“There has been progress,” said Irvine.

But the Marshall Fire presented an unprecedented challenge: It came on extraordinarily fast, sweeping through the neighborhood while homeowners were at work or traveling.

“As tragic as Katrina was, there was warning,” Irvine said. “With this, people woke up on a windy morning, and six hours later two communities had burned to the ground.”

In the weeks after the fire, which destroyed 1,048 homes, Irvine scoured traditional and social media accounts, public emergency information documents and posts from the Marshall Fire Lost and Found Pets Facebook group. She and co-author Casara Andre, a veterinarian with the nonprofit Rocky Mountain Medical Reserve Corps, also conducted in-depth interviews with staff members from animal shelters and with eight individuals who, collectively, lost 17 animals in the fire.

A precise count of fatalities proved impossible, due to a lack of pet license requirements in many regions hit by the fire.

But using data from the American Veterinary Medical Association (which reports that 60% of Colorado households include dogs, cats, birds and other animals), and other sources, the authors estimate that about 1,182 animals were affected by the fire. 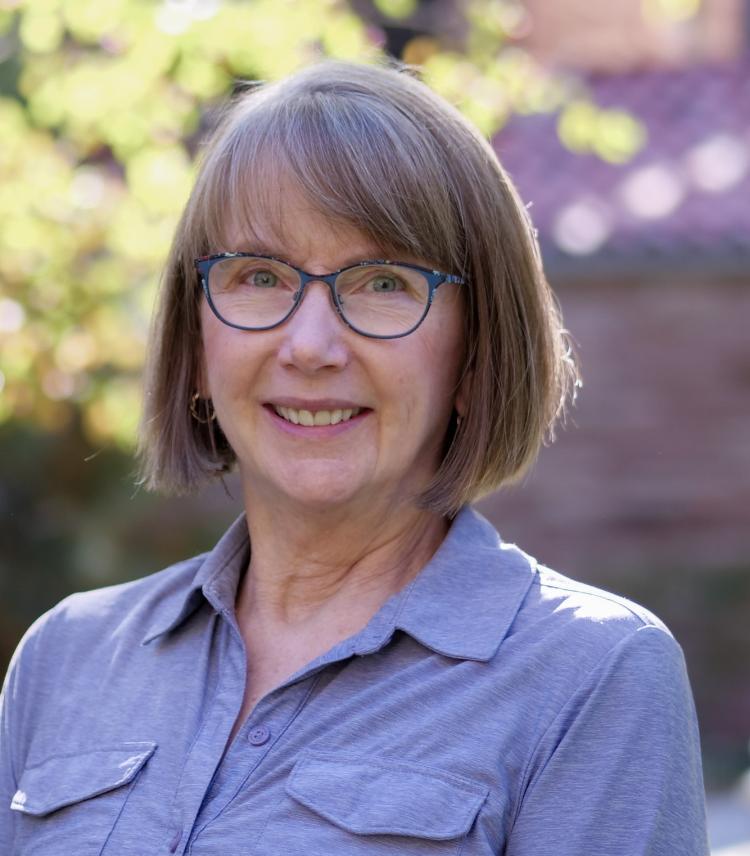 Leslie Irvine has studied the relationship between animals and people for nearly 25 years.

“In sum, it appears that the majority of animals were not rescued,” the study concludes, pointing to the fire’s unusual behavior, coupled with widely reported pitfalls in the emergency notification system for the high fatality rate.

‘It’s the pets we grieve’

For those left behind, the emotional toll has been profound.

One study interviewee reported that the drive from his workplace to his Louisville neighborhood, which normally took 15 minutes, took two hours. By the time he got there to rescue his cat, he couldn’t access his home.

In another instance, a family visiting from Chicago had brought their two Labrador retrievers along with them and left them briefly in their vacation rental in Superior. Because they didn’t live in the area, they didn’t receive an emergency notification. The dogs, Reggie and Packer, perished in the fire.

One other interviewee visited her lost home for days looking for her three dogs and a cat.

“Despite losing everything,” she told Irvine, “It’s the pets we grieve.”

An action plan and a new app

Irvine, who ultimately intends to publish her research in a peer-reviewed journal, said that it provides a powerful reminder of the need to include pets in emergency planning.

7 ways to prep your pets for an emergency

Scan and upload veterinary records and pet registrations to the cloud.

Keep recent photos of you and your pet together in case they go missing and to verify ownership.

Be sure pets are up to date on vaccinations so they can access shelters.

Know which hotels in your area are pet friendly.

Let trusted neighbors know how to access your house and where your pet supplies are.

But she add that even the most comprehensive plans would have been of little use in the Marshall Fire, because so many owners were away, and it came on so fast.

With this in mind, Irvine is helping the nonprofit Animal Help Now design a Pet Help and Rescue App (PHAR), due out in January, to swiftly connect pet guardians with trusted contacts who have permission to enter their homes.

“When disaster strikes and you are away and can’t get home, you can, with the press of a button, alert people that your animal needs rescued,” said organization founder David Crawford, who came up with the idea after he fled the Marshall Fire, his two cats safely in tow.

Before leaving his neighborhood, which had just begun to grow smoky, he knocked on a neighbor’s door and discovered his German Shepherd was inside alone. After contacting the owner on Facebook, Crawford and another neighbor kicked the door down and rescued the dog.

Other animals weren’t as fortunate.

“In one square block that I drove around, there was a cockatiel, a tortoise, a turtle, three cats and two dogs,” Crawford said, adding that had he known how to get in, he could have done more. “I had time. I could have conceivably saved all those animals.”

Seventy-eight years ago on Jan. 27, the Auschwitz concentration camp closed after liberation by the Soviet army. Professor Janet Jacobs, who researches genocide, trauma and collective memory, discusses the ways in which the experiences and trauma of Holocaust survivors are passed down through generations. END_OF_DOCUMENT_TOKEN_TO_BE_REPLACED

A model of your very own kidney made entirely from soft and pliable polymers? Researchers at two CU campuses are on the cusp of 3D printing realistic replicas of human anatomy. END_OF_DOCUMENT_TOKEN_TO_BE_REPLACED

Legalizing recreational cannabis does not increase substance use disorders or use of other illicit drugs in adults and may reduce alcohol-related problems, according to new research. The study also found no link between cannabis legalization and increases in cognitive, psychological, social, relationship or financial problems. END_OF_DOCUMENT_TOKEN_TO_BE_REPLACED
Return to the top of the page