Just before midnight on Saturday night at the Rocky Mountain Metropolitan Airport in Broomfield, dozens of football fans joined news crews waiting for the arrival of the next era for CU Boulder Buffaloes football.

Deion “Coach Prime” Sanders stepped off his flight from Jackson, Mississippi, mere hours removed from a Southwestern Athletic Conference Championship looking to bring the same glory to the University of Colorado Boulder.

“It just brought tears to my eyes,” Sanders said of his first moments in Colorado. “The welcome, and the hospitality, and the love, and the respect and the appreciation.”

Sanders was named the 28th head coach of the Buffaloes Saturday after weeks of public speculation.

After CU Boulder Athletic Director Rick George presented the coach with a No. 21 “Coach Prime” Buffaloes jersey, Sanders took the podium and took a moment before speaking.

Wearing a black and gold tie, a Ralphie hat and speaking in front of a name tag saying “Coach Prime,” Sanders spoke about his family’s future in Boulder, his high expectations for the team and his excitement for the job ahead. He also expressed gratitude to Buffaloes fans.

“Colorado, you showed up, and you showed out,” he said. “I can’t wait till this thing kicks off.” 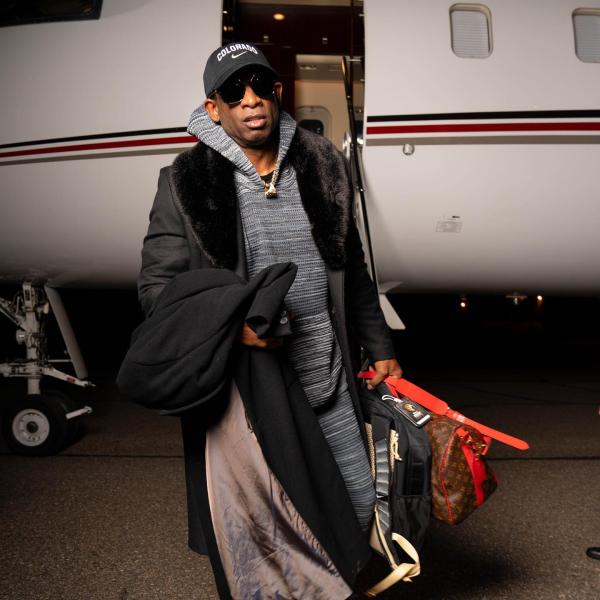 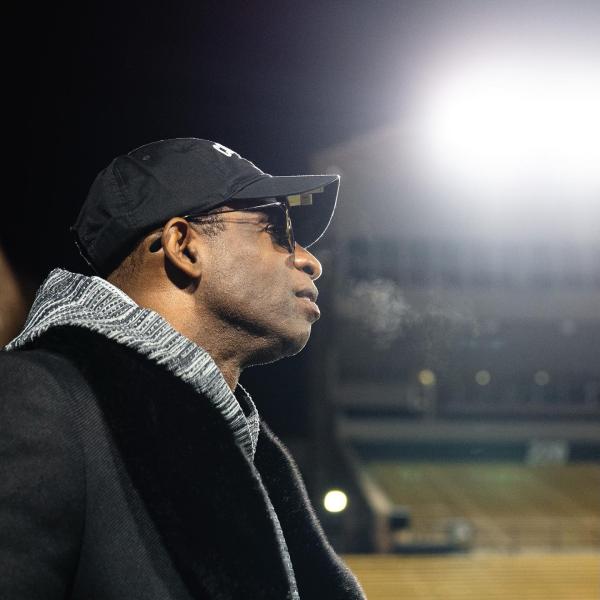 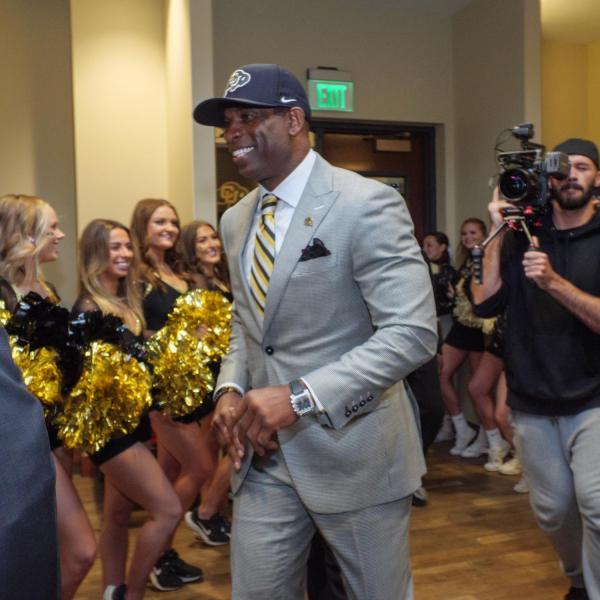 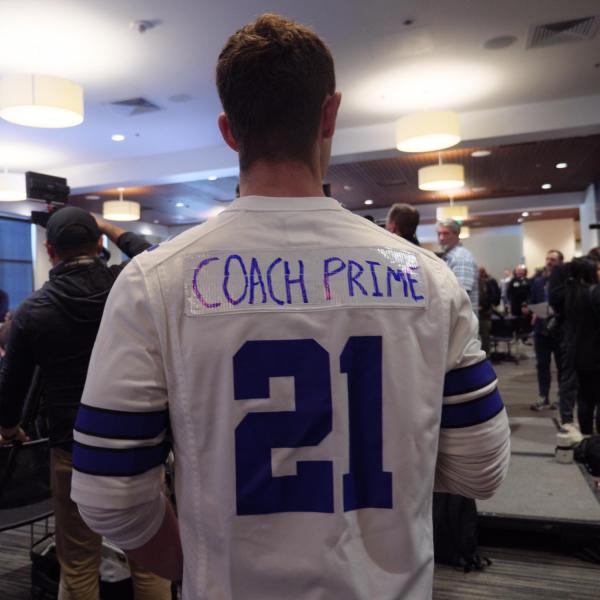 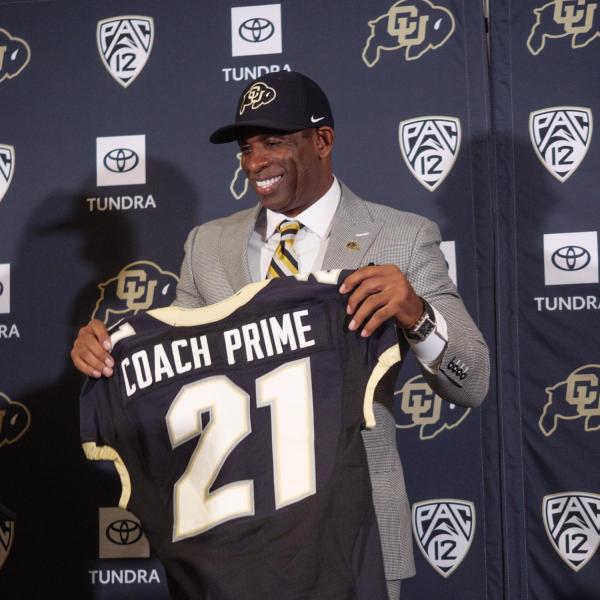 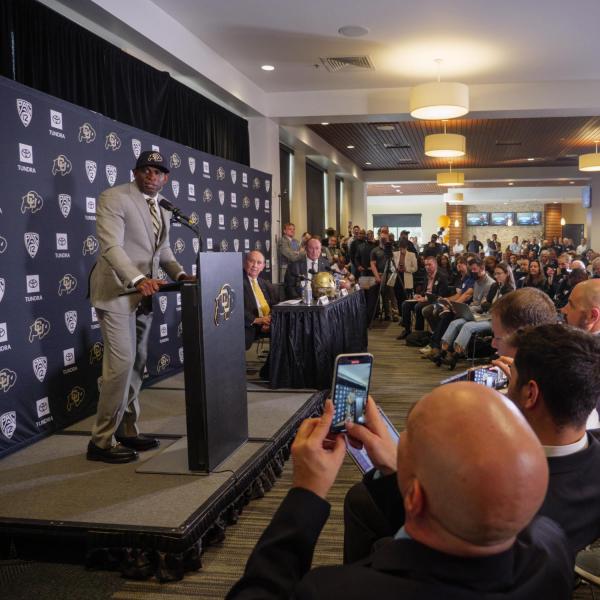 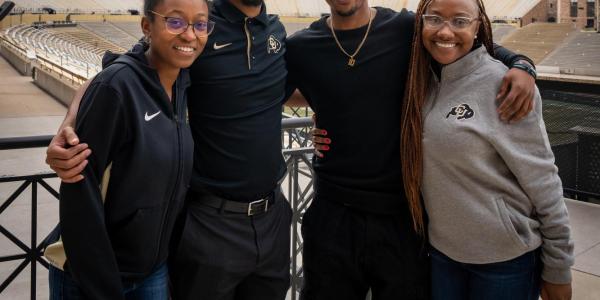 CU Athletics' diversity, equity and inclusion program has received an honorable mention from the NCAA and the Minority Opportunities Athletic Association for making a difference for staff, coaches and athletes. END_OF_DOCUMENT_TOKEN_TO_BE_REPLACED 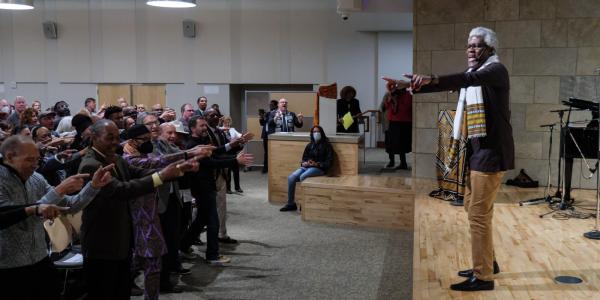 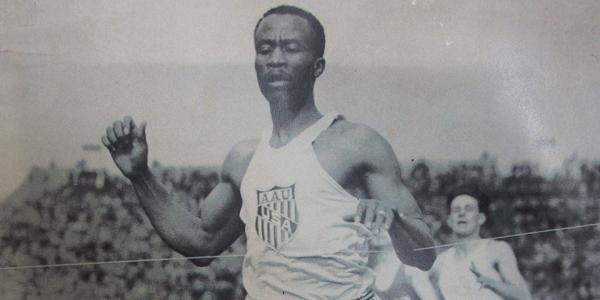 David Bolen, the University of Colorado's first Olympian who went on to have amazing career of accomplishments outside of the sports arena, passed away in Scottsdale, Ariz., on Dec. 10; he was two weeks shy of his 99th birthday. END_OF_DOCUMENT_TOKEN_TO_BE_REPLACED
Return to the top of the page