Activists hold a Woman, Life, Freedom sign at a protest in Ottawa, Canada. CC photo by Taymaz Valley via Flickr.

A Wednesday night panel of CU Boulder and local municipal government leaders agreed there are a variety of actions U.S. citizens can take to support the current protests in Iran against that nation’s oppressive government—but such actions require activists here to listen carefully to and follow the lead of the Iranian people themselves.

The panel, “Woman, Life, Freedom: Supporting the Iranian Women’s Revolution,” was convened in the Old Main Chapel by CU faculty members Shideh Dashti, acting associate dean for research in the College of Engineering and Applied Science, and Shawhin Roudbari, an assistant professor in Environmental Design at CU Boulder. Both are leaders in the Woman, Life, Freedom movement at CU Boulder. 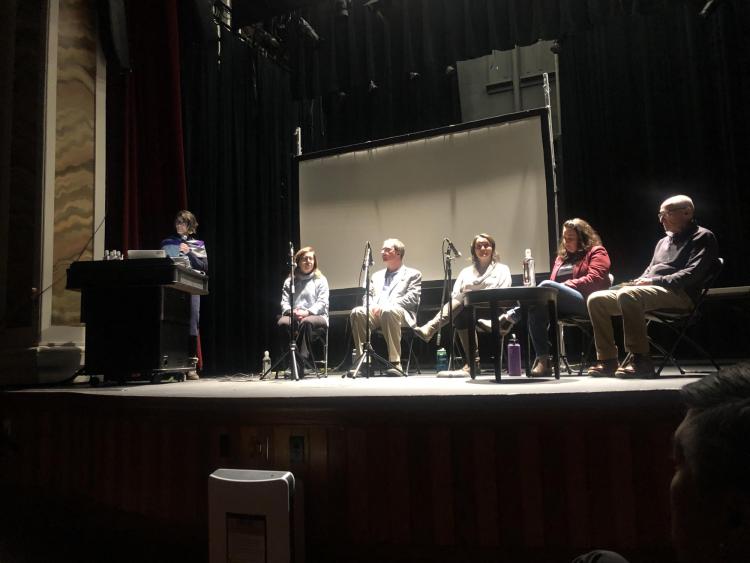 The panel kicked off with an in-person greeting by Colorado Gov. Jared Polis, who said the protesters in Iran were “putting themselves at risk for what we call the unalienable rights of life, liberty and the pursuit of happiness that our nation was founded upon.”

“We come together to let the people of Iran know they are not alone. They have friends and supporters here in Colorado...the state of Colorado is proud to stand with all those around the world who aspire to live their own lives, including those who have taken to the streets in Iran to stand up for their rights,” Polis said.

The panel continued with a recorded interview conducted by Dashti with Shirin Ebadi, an Iranian lawyer and human rights activist based in London, on the subject of how Americans can support the current protests in Iran, which Dashti said has resulted in more than 18,000 people—many of them women and young people—being jailed under threat of execution.

“First of all, you should amplify the voices of the Iranian people,” Ebadi said. “You who live in the U.S. need to reflect the voices of Iranians.”

Ebadi said American politicians need to learn about what the Iranian public wants, which she said is “a democratic and secular government.”

In a series of questions and answers moderated by Dashti, the panel then focused on more specific topics of how to engage activism in support of the people of Iran as common citizens, as municipal leaders, but without doing so as colonizers and using the most effective tools possible.

Fluri, a feminist political geographer concentrating on conflict, security and aid and development in South and Southwest Asia, agreed with Ebadi on the need for American activists to play a supporting, not leading, role in activism against the Iranian government.

“We need to be the ones listening and supporting, not directing and telling them what to do or what government they should have—they know better than we do. It’s one of the fatal flaws of the past we don’t want to repeat again.”

Speer, speaking as a Boulder City Council member, said it was important to “act in partnership” with the people of Iran and work to amplify their voices at all levels of government, especially locally.

“Speak to your government,” she said. “At the first and third [Boulder City] Council meetings, we have 20 minutes of open comment. Find those kinds of opportunities where you can have a platform [to] speak to leaders who can amplify the message further.”

Asked about how administrators and public officials can support the movement in Iran, Moore said higher education leaders have a responsibility to “support events like this.”

“It has to be a sustained effort,” Moore said. “The university is nicely positioned to support an event like this and to have other events to help educate people. I’m a facilitator—getting people to exert influence locally and nationally is a pretty long game, but that’s how things work.”

The event closed with CU Theatre & Dance Professor Nii Armah Sowah reminding the audience that their activism could find expression in physical movement, as well as in political action. Sowah then asked the audience to stand and join him in a guided call-and-response dance, chanting “woman, life, freedom.” 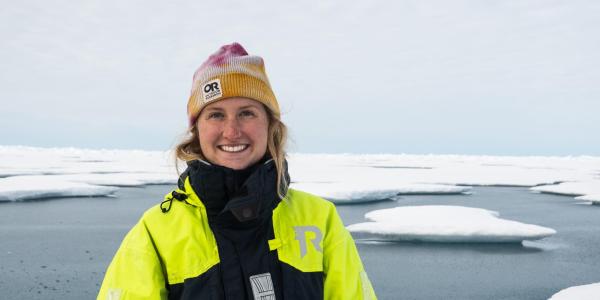 Environmental engineering on an icebreaker ship at the North Pole

Shelby Buckley has made the research trip of a lifetime—studying the impacts of climate change up close and personal on a five-week trip to the Arctic aboard an icebreaking ship. END_OF_DOCUMENT_TOKEN_TO_BE_REPLACED 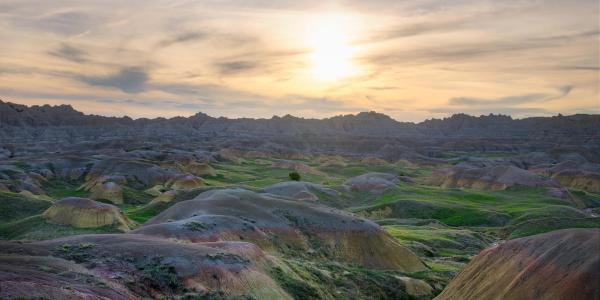 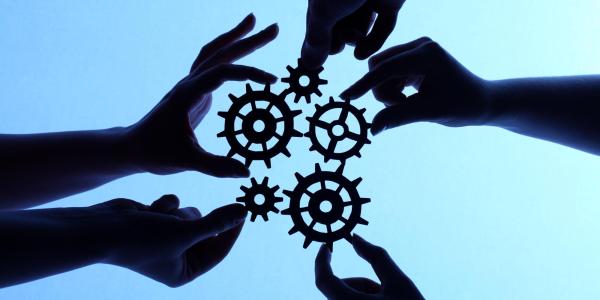 Map the System offers CU Boulder students the chance to present their ideas for addressing deeply rooted issues at an international competition sponsored by Oxford University. END_OF_DOCUMENT_TOKEN_TO_BE_REPLACED
Return to the top of the page