You’ve seen it on Twitter. You've seen it on Saturday Night Live. Ye, the rapper and fashion designer formerly known as Kanye West, made headlines and topped social media feeds in recent weeks for his series of antisemitic comments.

The spate of public discussions about antisemitism has prompted celebrities like John Legend, Jaime Lee Curtis, Sarah Silverman and David Schwimmer to speak out against this type of hate speech, especially during a time when incidents of harassment and violence against Jews have reached their highest levels since the late 1970s.

Singer Endowed Chair of Jewish History Thomas Pegelow Kaplan studies the history of antisemitic violence, language and culture in Central Europe and the United States. He spoke with CU Boulder Today about what antisemitism means and how it’s perpetuated today.

What do you think about the term ‘antisemitism’ in its modern context and application?

Antisemitism is a very complex phenomena in terms of academic study. Over decades, scholars have introduced competing and often controversial readings of these radical ideologies and practices. This is complicated by the fact that the very concept of antisemitism inadequately captures the many twists, turns and developments of the hatred of Jews throughout history. 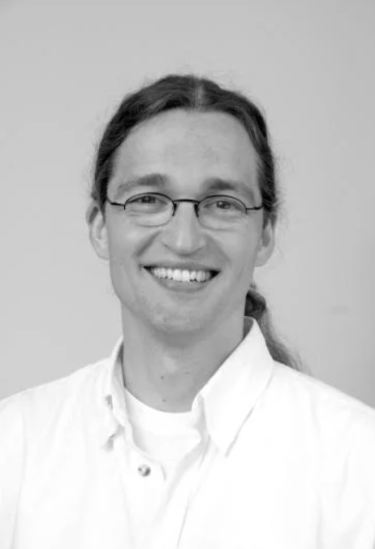 Some scholars, especially those who consider the phenomenon the “oldest hatred” dating back to the pagan era, use the term “antisemitism” to describe a wide range of anti-Jewish practices and discourses. This includes anti-Judaism with an emphasis on religious components, which, in its many forms, was especially dominant in medieval Europe. But even despicable narratives of “Jewish greed” and the “richest race” stereotypes have very different and evolving meanings.

Some historians have advocated abandoning the term and introducing new ones. Others have discussed it at length, drafted more precise definitions and attempted to reach a scholarly consensus. The problem remains that many people, news outlets and political groups mean very different things when they evoke the term “antisemitism.”

Antisemitism has historically spiked in times of fear and uncertainty, but this most recent uptick in antisemitic practices and expressions has reached a new quality––in part due to its presence in social, civic and political institutions in the United States and abroad.

With that, I'm referring to refugee crises (fabricated, real or imagined) on the southern border in the U.S., but also in and connected with the Syrian civil war, and most recently, the full-blown military conflict in Ukraine. In connection with all of these conflicts, we’ve seen an associated increase in political support for, and expansion of, far-right and antisemitic movements that used to exist mainly on the political periphery.

But that is the important difference: Now, we have people with these extremist ideologies even at the utmost and top level of governments. And while I think it's too much of an oversimplification to put the increase on any one person or group, there's no doubt that many of these fringe movements have seen these changes as an open invitation to speak out, mobilize and gain legitimacy. And when you see these antisemitic references on television, social media and even in presidential debates, there’s undoubtedly a resulting uptick in rhetoric and, ultimately, violence with deadly outcomes.

How did Trump's presidency impact antisemitism in America?

Antisemitism has been perpetuated and acted upon in various ways throughout history, but the key point is who legitimizes, incorporates and elevates those discourses. Regarding the recent impact, it wasn’t just Trump himself––it was also the people he helped to bring into positions of power, including his former Chief Strategist Steve Bannon. Since then, we’ve seen more influential figures and politicians engaging in this rhetoric and fanning the flames.

All of this, combined with various other economic and political factors, elevates and legitimizes antisemitic ideas and gives way to white nationalist extremist groups like Proud Boys or incidents like the Jan. 6 attack on the United States Capitol.

But again, this oversimplifies the larger phenomenon. Even the outrageous displays of antisemitism that get lot of attention—like those from Ye or Trump—are expressions of larger political, social and economic trends that enable people to be brought into positions of power and misuse it. If we reduce it to an individual, I think we're greatly in danger of underestimating a threat that we're all facing and will sadly continue to face for quite a while to come.

How do you think the recent public comments by Ye have affected the Jewish community in America?

My research has focused extensively on language and extremism and for me, these are all expressions of linguistic violence, which is not just something verbal but also material and very harmful. I think they're coming at a time when Jews in the United States are increasingly under threat by more segments of American society—not just by extremist groups but also some partisan churches, political parties, members of the educated middle class and even pop culture icons.

The Jewish community already feels under siege in light of increasing violent attacks—including the tragic 2018 shooting of the Tree of Life synagogue in Pittsburgh, but numerous others as well. So it’s not surprising that these comments from such an influential figure like Ye, who has done so in a calculated manner while incorporating much-needed criticism of anti-blackness, have elevated these ongoing fears to a new level.

Seventy-eight years ago on Jan. 27, the Auschwitz concentration camp closed after liberation by the Soviet army. Professor Janet Jacobs, who researches genocide, trauma and collective memory, discusses the ways in which the experiences and trauma of Holocaust survivors are passed down through generations. END_OF_DOCUMENT_TOKEN_TO_BE_REPLACED

A model of your very own kidney made entirely from soft and pliable polymers? Researchers at two CU campuses are on the cusp of 3D printing realistic replicas of human anatomy. END_OF_DOCUMENT_TOKEN_TO_BE_REPLACED

Legalizing recreational cannabis does not increase substance use disorders or use of other illicit drugs in adults and may reduce alcohol-related problems, according to new research. The study also found no link between cannabis legalization and increases in cognitive, psychological, social, relationship or financial problems. END_OF_DOCUMENT_TOKEN_TO_BE_REPLACED
Return to the top of the page