The chickadee you see sitting on a tree? It might be a hybrid

The chickadee you see sitting on a tree? It might be a hybrid

Hybrids of two common North American songbirds, the black-capped and mountain chickadee, are more likely to be found in places where humans have altered the landscape in some way, finds new CU Boulder research.

Published today in Global Change Biology, it’s the first study to positively correlate hybridization in any species with landscape changes caused by humans, and the first to examine this relationship across an entire species’ range—spanning almost all of western North America.

The paper also contradicts a long-standing assumption that these two birds rarely hybridize, finding instead that black-capped and mountain chickadee hybrids (identified using genetic tools) occur across the United States and Canada.

“These are common birds. If you go anywhere in North America, you'll find a chickadee,” said Kathryn Grabenstein, lead author on the study and postdoctoral associate in the Department of Ecology and Evolutionary Biology. “And what we’re finding now is that if you see a chickadee in a place where both black-capped and mountain chickadees live, they’re probably at least a little bit of a hybrid chickadee.”

Hybridization—the interbreeding of closely related species to produce mixed ancestry offspring—is common in the development of life on Earth and is thought to be especially important in the evolution of plants. This new analysis of songbirds adds to the growing body of evidence that hybridization is also quite relevant within vertebrate evolution. 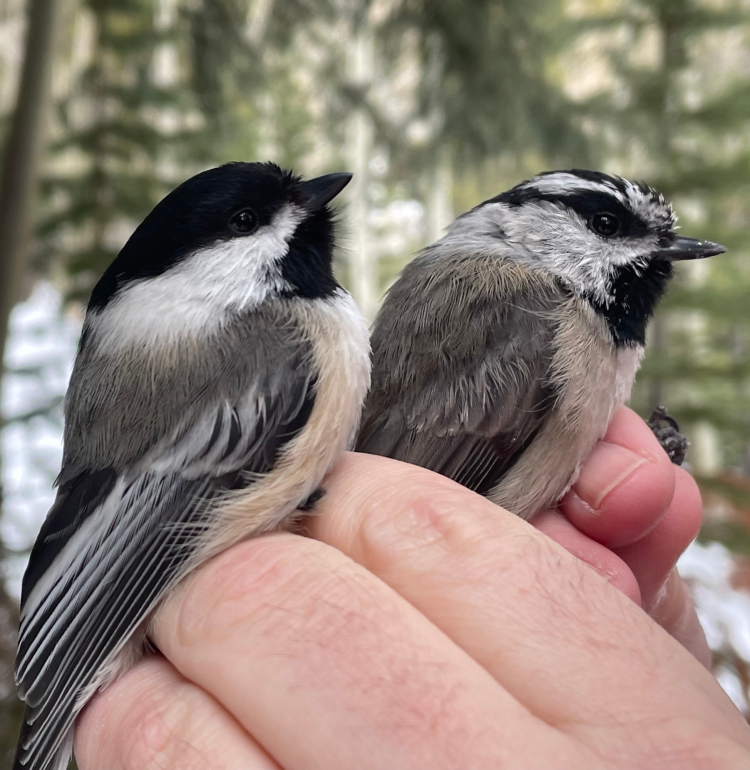 What this study cannot say is why these chickadee hybrids are more common in places where humans have changed the landscape, but it is the first-of-its-kind to examine this correlation separate from climate change.

Climate change often changes the range of a species—where it lives, roams or migrates—bringing species into contact with one another that would not normally interact, which can lead to hybridization. In contrast, this study looked at two related species whose ranges already overlap and focused on the variable of human “disturbance,” such as building cities, clearing land, planting trees, creating reservoirs and noise pollution.

This way, the researchers could exclusively examine if changes to the physical structure of the environment affect the interactions between two species that are already in the same place.

“It’s not bringing new species into contact with each other—it’s changing the rules of negotiation between them,” said Grabenstein.

For example: Here in the Front Range, what once was ponderosa pine savanna with deciduous trees along the rivers has been transformed into an urban forest. This shift isn’t necessarily good or bad, said Grabenstein, but the goal of the research is to help understand what these changes to the land and water by humans means for these species.

“What are the consequences of the ways we modify the landscape? We think about it mostly in terms of habitat loss, not necessarily in terms of species interaction modifications,” said Scott Taylor, co-author on the study and associate professor of ecology and evolutionary biology. “This paper changes our understanding of this system incredibly.” 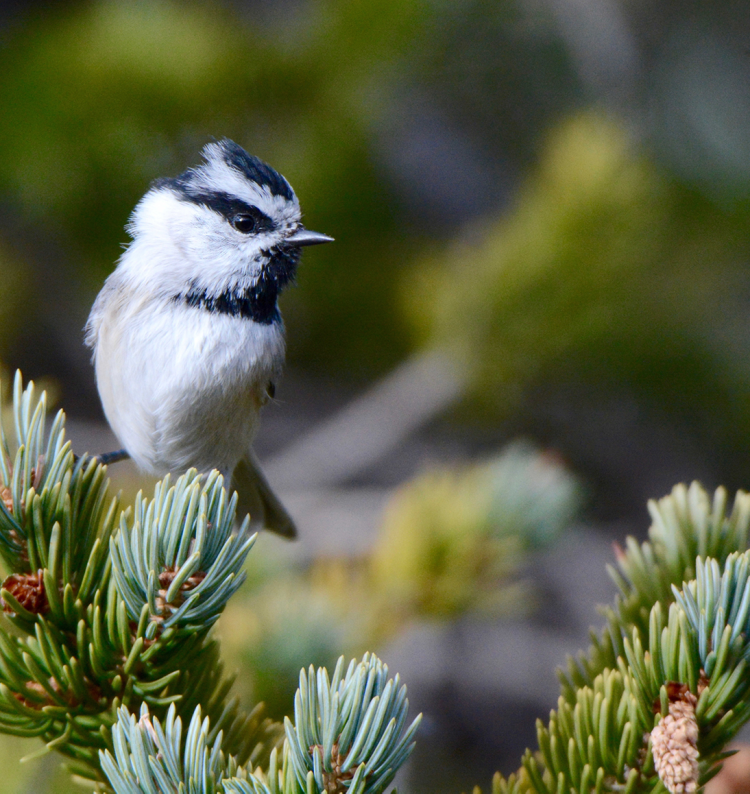 10 years in the making

Previous published research by Grabenstein and Taylor found examples of various species hybridizing in the wake of humans disrupting their habitats, but they wanted to document a clear example of this occurring across a wide geographical range. Based on local observations of possible hybrid black-capped and mountain chickadees in several towns and cities across the West, they realized these two species would be good candidates for a study.

To test their hypothesis about these birds, the researchers compiled observational data from eBird, an online birding site, and DNA samples from 196 black-capped and 213 mountain chickadees at 81 sites in North America, gathered over the past decade by co-authors Ken Otter of the University of Northern British Columbia and Theresa Burg of the University of Lethbridge. They found a positive, significant correlation between hybrids of these two species and areas where humans have disturbed their habitat in some form—as well as that black-capped chickadees are found more often in these disturbed areas than mountain chickadees.

This study is also a positive sign for science. Sequencing the DNA of 409 birds is big study: Just a decade ago, a study of this size may not have been possible due to the large amount of time and money it would have required. As the price tag of DNA sequencing has dramatically dropped and running samples has become more efficient, these precise genomic tools have become more accessible to more researchers, allowing them to improve our understanding of how humans impact biodiversity at the genetic level. 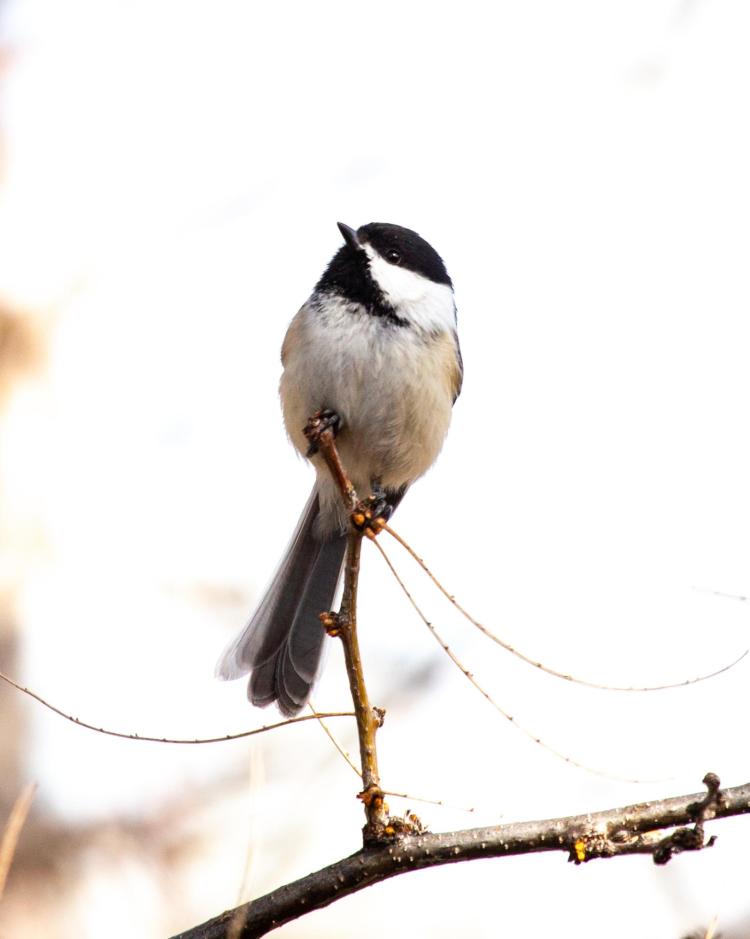 The future of hybridization

It makes studying hybridization like trying to hit a moving target, said Grabenstein, but there is still much to be learned from the genetic variation within different members of a species.

This songbird research will also inform the local Boulder Chickadee Study, founded by Grabenstein and Taylor. Working with local landowners and municipalities where these birds live and nest, the researchers will continue to examine reasons why these birds are hybridizing.

But for now, there’s no need to remove bird feeders or bird boxes, said Grabenstein.

“It's hard to say whether this hybridization is good or bad, but it's happening, and we will only understand the impacts through continued study,” said Taylor, also director of CU Boulder’s Mountain Research Station and a fellow at the Institute of Arctic and Alpine Research (INSTAAR). “It is certainly something to consider when thinking about the future of some of these birds that we're really familiar with in our backyards.”

Mitigating climate change by significantly reducing carbon emissions this decade will require big transitions in all sectors, from energy and transportation to construction and industry. But significant reductions in global emissions are possible, experts say. END_OF_DOCUMENT_TOKEN_TO_BE_REPLACED

Clint Carroll, associate professor in the Department of Ethnic Studies, studies Cherokee access to gathering wild plants and land use management, and tends to the land in his own backyard. END_OF_DOCUMENT_TOKEN_TO_BE_REPLACED

With the planet already warming, technical fixes to addressing a changing climate are important, experts say, but they can only get us so far. We need social fixes, too. END_OF_DOCUMENT_TOKEN_TO_BE_REPLACED
Return to the top of the page