New study shows how to learn the equations of cell migration

New study shows how to learn the equations of cell migration

When you cut yourself, a mass migration begins inside your body: Skin cells flood by the thousands toward the site of the wound, where they will soon lay down fresh layers of protective tissue.

In a new study, researchers from CU Boulder have taken an important step toward unraveling the drivers behind this collective behavior. The team has developed an equation learning technique that might one day help scientists grasp how the body rebuilds skin, and could potentially inspire new therapies to accelerate wound healing.

“Learning the rules for how individual cells respond to the proximity and relative motion of other cells is critical to understanding why cells migrate into a wound,” said David Bortz, professor of applied mathematics at CU Boulder and senior author of the new study.

The research is the latest in a decade-long collaboration between Bortz and Xuedong Liu, professor of biochemistry at CU Boulder. The group’s method, called the Weak form Sparse Identification of Nonlinear Dynamics (WSINDy), can apply to a wide range of phenomena in the natural world, said study lead author Dan Messenger. 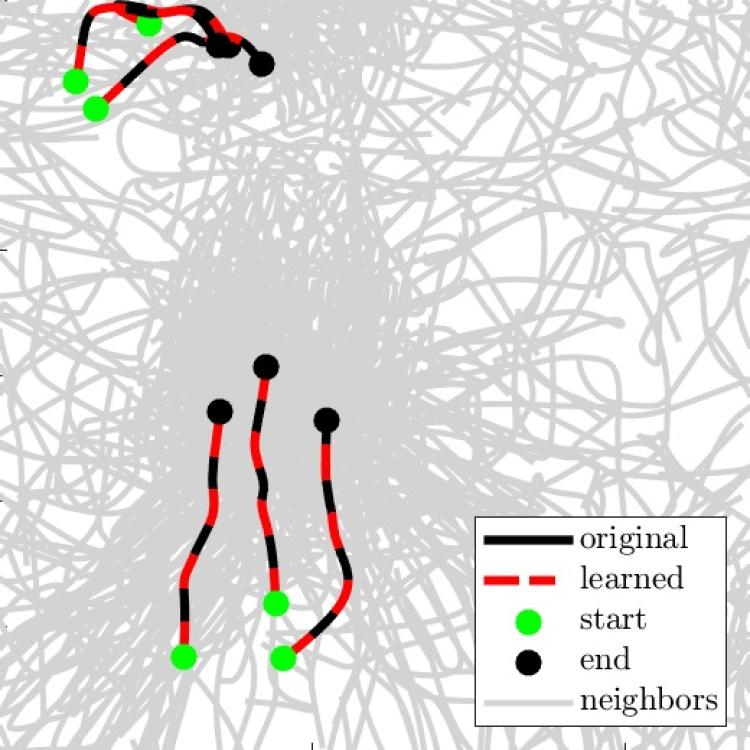 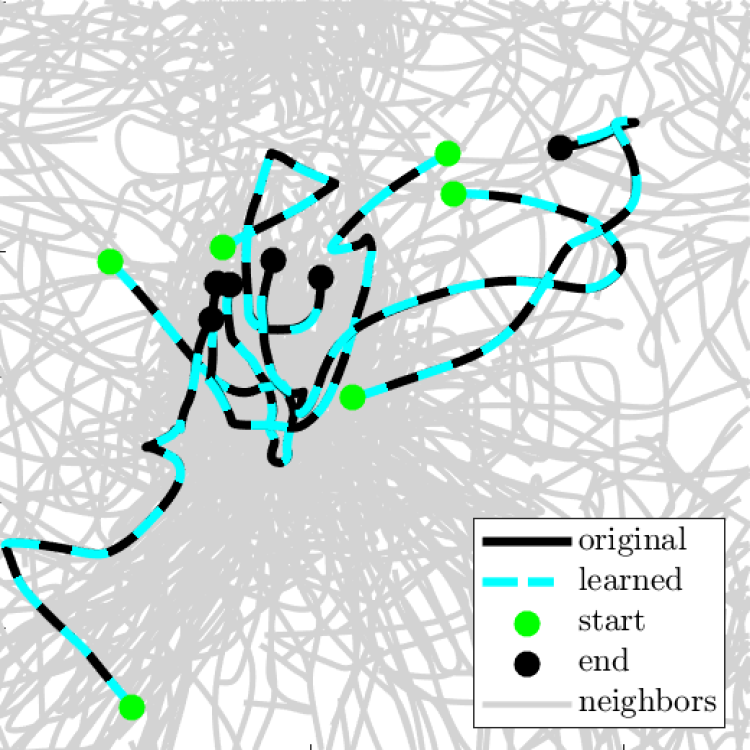 Click to enlarge
To understand the mathematics of cell migration, researchers used computers to simulate the motion of hundreds of cells in black and gray squiggles. They then applied statistical tools to learn equations describing the motion of each of those cells in dotted blue and red lines. The equations overlapped almost exactly with the motion of the cells. (Credits: Messenger et al. 2022, Journal of The Royal Society Interface)

“While this paper is about cells, the math is also applicable to a wide range of fields, including how flocks of birds avoid both predators and each other,” said Messenger, a postdoctoral researcher in Bortz’s lab.

He and his colleagues published their results Oct. 12 in the Journal of the Royal Society Interface.

The research hinges on a set of tools from the field of “data-driven modeling,” an emerging area at the intersection of applied math, statistics and data science. Using this approach, the group designed computer simulations of hundreds of cells moving toward an artificial wound, then built a method to learn the equations to describe and examine the motion of each individual cell. The team’s tools are potentially much faster and more accurate than traditional modeling approaches—a boon for understanding complex natural phenomena like wound healing.

“To prevent infections, we want our wounds to close as soon as possible,” Liu said. “We plan to use these learned models to test pharmaceuticals and drug regimens that might be able to stimulate wound healing.”

Mathematical models come in a lot of shapes and sizes, but most use a complex series of equations to try to capture some phenomenon in the real world.

Bortz, for example, joined a team of scientists in 2020 who drew on models to try to predict the spread of COVID-19 in Colorado. But, he noted, it can take a lot of trial and error, and even supercomputers, to validate those equations.

“Developing an accurate and reliable model can be a very long and laborious process,” Bortz said.

In this new study, he and his colleagues extended their recently-developed WSINDy method to directly use data to learn models of individuals.

“It's about putting the data first and letting the mathematics follow,” Bortz said.

In the current study, he and his colleagues, including biochemistry graduate student Graycen Wheeler, decided to turn that data-driven lens to the problem of cell migration.

Liu and his colleagues have observed how skin cells surge together as a group in the lab. Migrating skin cells, they found, tend to follow certain rules: Like a herd of stampeding buffalo, skin cells will align their direction to the cells in front of them but also try not to bump into the leaders from behind.

To see if WSINDy could shed light on this mass movement, Bortz and Messenger designed computer simulations showing hundreds of digital cells moving in tandem. The team deployed their WSINDy approach to build precise equations describing the motion of each and every one of those cells.

They then drew on even more math to begin clustering those models together. Bortz noted that WSINDy is especially well-suited to finding the patterns hiding in data. When the researchers, for example, mixed together two or more types of cells that moved in different ways, their suite of tools could accurately spot and sort the cells into groups.

“We not only learn models for each cell, but those models can be sorted, thus revealing the dominant categories of cell behaviors that play a role in wound healing,” Messenger said.

Moving forward, the collaborators hope to use their approach to start digging into the behavior of real cells in the lab. Liu noted that the technique could be especially useful for studying cancer. Cancer cells, he said, undergo similar mass migrations when they spread from one organ to another.

“As biochemists, we usually don’t have a quantitative way to describe this cell migration,” Liu said. “But now, we do.”

This research was funded through grant R01GM126559 from the National Science Foundation and the National Institutes of Health.

What happens when an expert on natural language processing asks a chatbot to write a children's book in the style of Dr. Seuss? Professor Kai Larsen put the question to the test. END_OF_DOCUMENT_TOKEN_TO_BE_REPLACED

A model of your very own kidney made entirely from soft and pliable polymers? Researchers at two CU campuses are on the cusp of 3D printing realistic replicas of human anatomy. END_OF_DOCUMENT_TOKEN_TO_BE_REPLACED

For people who are blind or visually impaired, finding the right products in a crowded grocery store can be difficult without help. A team of computer scientists at CU Boulder is trying to change that. END_OF_DOCUMENT_TOKEN_TO_BE_REPLACED
Return to the top of the page