Extreme storms and intense floods have disrupted communities across the country this summer. Death Valley, Yellowstone, eastern Kentucky, St. Louis, Dallas and Denver have all experienced heavy rainfall and flooding, leading to damage, deaths and displacement—and now in Jackson, Mississippi, a major water crisis is affecting hundreds of thousands of people.

Is all of this flooding normal? And why doesn’t our infrastructure seem to be up to the task?

Paul Chinowsky, professor emeritus of civil, environmental and architectural engineering, studies how infrastructure in the U.S. is aging amid a changing climate.

Keith Porter, adjoint professor in civil, environmental and architectural engineering, studies how natural hazards such as earthquakes, floods, windstorms and wildfire affect infrastructure, society and the economy. Porter is also the lead author on a 2011 report about the ARkStorm (named for Atmospheric River 1,000), a major meteorological event expected to hit California in the next 150 years that could cause catastrophic flooding.

Here's what the two experts told CU Boulder Today about the effects of climate change on U.S. infrastructure. 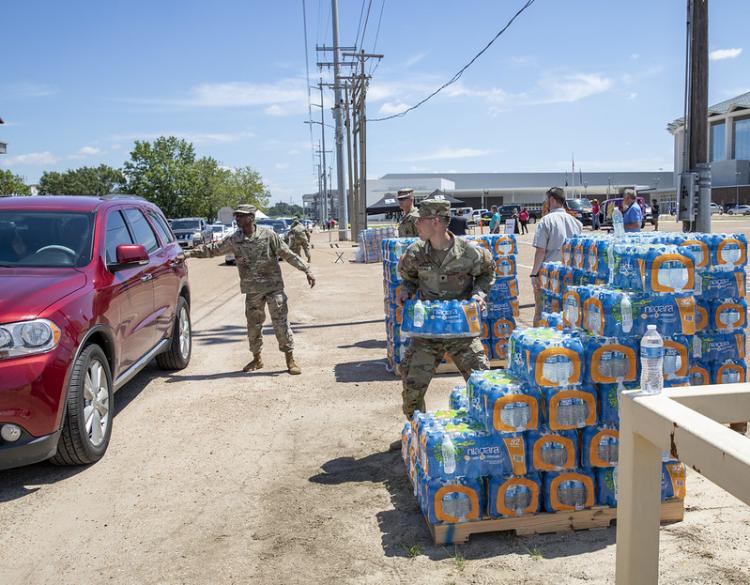 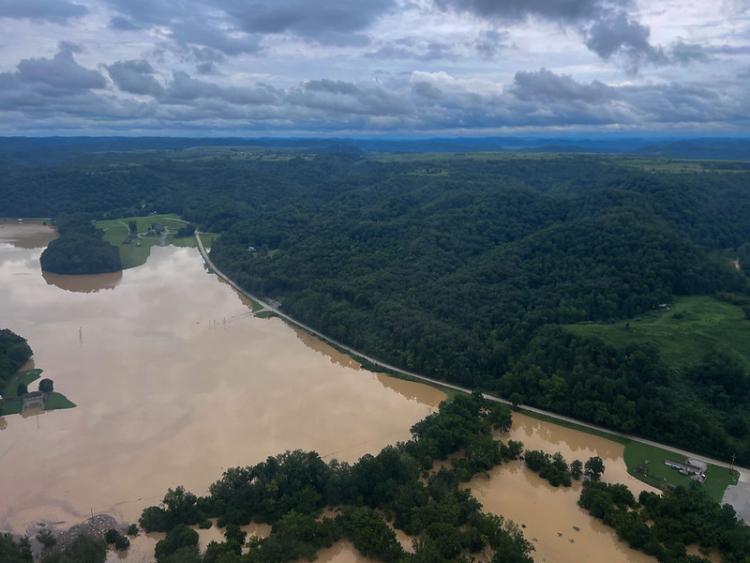 Infrastructure has been aging in the United States for decades…

…and the results are what we're seeing now in places like Jackson, Mississippi—where aging pipes and pumps failed in the face of heavy rainfall, leading to pump failures and the shutdown of the entire local water system, according to Chinowsky.

Water system failures like this can take days or weeks to repair and replace, and are much more challenging and expensive than maintaining a system in the first place, he said. And like Jackson, much of the nation’s current infrastructure was built in the 1960s and 1970s, and only designed to last 40 or 50 years.

“When you don't put the funds into maintaining your infrastructure on a regular basis, it starts to wear down just like anything, just like your car,” said Chinoswky. And if we don’t enter another golden age of building in the 2020s, “the news is going to be filled with the age of infrastructure failure.”

Wastewater treatment plants are particularly vulnerable to flooding but can be protected.

Wastewater treatment plants—integral parts of water systems—tend to be located in low-lying areas, because it’s cheaper to let the wastewater run downhill. These are also the places most prone to flooding, but they can be protected, according to Porter.

“We can build berms around these wastewater treatment plants that protect them, and it costs just a tiny fraction of what otherwise would be the repair costs, the life safety, the health impacts of having our wastewater systems overwhelmed,” said Porter.

For example: Two years after a water treatment plant in Greenville, North Carolina flooded in 1999’s Hurricane Floyd, the Economic Development Administration gave the city $5 million to protect its facility with a new berm. When Hurricane Matthew struck in 2016, the water treatment plant survived and saved Greenville over $150 million—30 times as much as the cost to protect it, according to Porter.

A crisis like the one in Jackson, Mississippi, could happen anywhere.

Especially on the East Coast and in the South, where water systems are approaching 70 and 80 years old—way past their design lifespans, according to Chinowsky. Infrastructure failures such as those in Jackson, Mississippi, and even Flint, Michigan, are not anomalies but a prelude of what’s to come if critical maintenance is not addressed.

“Every person in the United States should be concerned about their water supply. This is something that can happen anywhere,” said Chinowsky.

And it’s not only water systems, it's roads, bridges and sewer systems—all of these things are well past their design lifespan. But our infrastructure can be fixed if there is political will and the money to do so.

Intense heat waves and flooding are battering electricity and water systems, as America’s aging infrastructure sags under the pressure of climate change, by Paul Chinowsky in The Conversation

Because of declining local tax revenues, most communities across the country don’t have the money to pay the rising costs associated with fixing this aging infrastructure.

“We're in an environment where people really don't want to see taxes raised. And that means we're going to see ‘Jacksons’ happen all over the place,” said Chinowsky.

Higher sea levels will increase both the severity and number of floods in coastal communities. Across the country, researchers expect to see more intense droughts followed by severe bursts of precipitation, due to a warmer atmosphere that can hold more moisture—which could cause more flooding.

In the West, year-round wildfire season will compound risks of flooding. When fires burn down homes and trees, they also remove what was holding the soil in place.

“On top of the fire scars, we will have bigger storms dropping more water and producing more debris flows—mud that flows down like a river and can cause damage miles from the fire scar,” Porter said. “Debris flows kill people in their homes and cause all kinds of infrastructure damage, like wiping out roads so that you can't get home and you can't get to the victims.”

A new study out this summer found that climate change will likely make the upcoming ARkStorm and its damaging impacts much more intense, especially considering landslides and debris flows as a result of burn scars.

What you can do

To prevent flooding, homeowners, builders and local governments can take some of their own infrastructure improvement steps now. Here are some options:

Chinowsky notes that building roads for the future is one of the easiest things we can do, due to their shorter lifespans.

“We need to think about what environment our infrastructure is going to be in, in the future. What is it going to be 10 years from now? We need to design for hotter temperatures and more intense rainstorms,” said Chinowsky.

We have a responsibility to vulnerable communities.

The crisis in Jackson, Mississippi, is an example of how the most vulnerable communities often get hit the hardest—and highlights the need to support these communities after a long history of environmental racism and injustice.

“Traditionally disadvantaged groups in the United States live in neighborhoods that tend to be down by the river, right next to industrial facilities,” Porter said. “They tend to be the ones where the least effort is put into stormwater protection. They've got the worst infrastructure. They get more heavily damaged, and they've got less resources to recover with.”

“These are harms that we as a society have deliberately imposed on vulnerable populations and therefore are morally obligated to correct,” he said.

Scientists from three countries report that materials inspired by nature could one day help engineers design new kinds of solar panels, robots and even coatings for ultra-fast jets. END_OF_DOCUMENT_TOKEN_TO_BE_REPLACED

This molecular link within iodine’s atmospheric interactions can be added to global atmospheric and climate models to help scientists better understand its environmental impacts. END_OF_DOCUMENT_TOKEN_TO_BE_REPLACED
Return to the top of the page