Title image: A juvenile prairie rattlesnake, one of the focal species in a new study, looks out from a rock outcrop near a den site in northern Montana. (Credit: Drew Schield)

In the evolutionary arms race between rattlesnakes and their prey, rodents, birds and other reptiles develop resistance to the snakes’ deadly venom to survive. But new research led by CU Boulder and the University of Texas at Arlington (UTA) sheds light on how snakes manage to keep the upper hand: They maintain a broad and diverse toolkit of genes that encode snake venom, allowing them to adapt as local prey and conditions change.

The findings, published today in Nature Ecology and Evolution, help explain how rattlesnakes have kept up with prey species evolving resistance to their venoms over millions of years. This research overturns decades of thought on what factors shape venom gene evolution and variation, and sheds new light on why developing effective antivenom treatments for snakebites remains so challenging.

"We found these rattlesnakes had a more diverse venom repertoire, more genetic tools in the toolkit, than their venom composition alone might suggest,” said Drew Schield, lead author on the paper and postdoctoral fellow in Ecology and Evolutionary Biology at CU Boulder.

Snake venom, an evolutionary adaptation, is made up of different enzymes and toxins that enable snakes to capture their prey. For decades, biologists have thought that co-evolution between predator and prey would drive snake venom to become highly specialized: the venom evolving to effectively kill specific prey and unused venom gene diversity disappearing along the way. Known in evolutionary biology as “directional selection,” this process is like the sharpening of a knife—while the weapon gets more deadly, it loses a bit of itself in the process.

The new study proposes that instead, “balancing selection” is the mechanism at play. In this evolutionary process, multiple versions of a gene—in this case, genes that encode venom proteins—are maintained instead of eliminated. This could be the key to how snakes prevent themselves from going down evolutionary dead ends.

“The existence of these resistance mechanisms in prey led us to wonder: If there's selection pressure imposed back on the snakes, then it might make sense evolutionarily to have a more expanded venom arsenal,” said Schield.

As rattlesnakes prey on a variety of animals, including mice, voles, birds and lizards, selection over time may not only maintain but proactively select for a greater venom gene diversity, something no research has shown before.

“Our findings help explain decades of seemingly contradictory theory and evidence for what drives the extreme variation observed in snake venoms. It turns out the arms-race between snakes and prey ends up favoring the constant re-shuffling of venom variants that are favored, leading to the retention of lots of venom variants over time, some of which are ancient,” said Todd Castoe, co-author on the study and professor of biology at UTA. 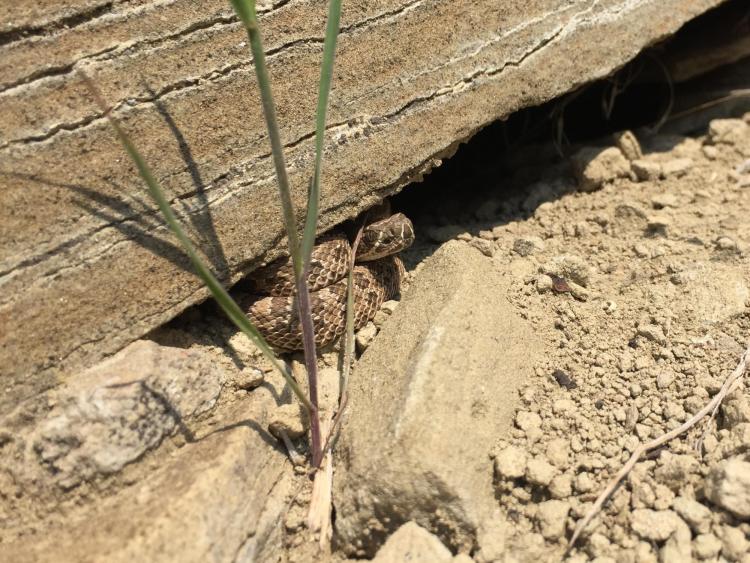 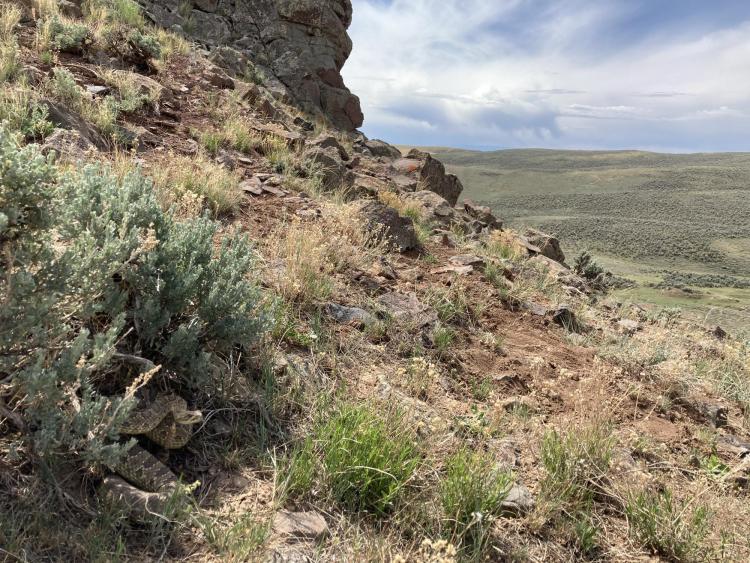 During his work as a graduate student and postdoctoral researcher at the UTA in 2019, Schield and his colleagues figured out where the venom genes reside in the rattlesnake genome, which up until that point was mostly a mystery. Now knowing the genetic architecture of venom as a trait (published in Genome Research), he realized scientists could investigate what evolutionary mechanisms have been operating on the venom genes.

Snake venom is a popular study subject, a promising model for understanding the origins of gene novelty. But previous studies in this field have not explored how selection has shaped this trait within closely related populations, so the researchers focused on select populations of rattlesnakes in Colorado, Montana, California and Idaho.

After scouting out locations where these snakes live, Schield and his co-authors traveled to a series of sites over several years in late spring and early summer from 2017 to 2020, where they collected 68 rattlesnakes belonging to two different species occupying the western United States in order to sample their blood, venom and take physical measurements.

They sequenced and analyzed genomes from these rattlesnake species, investigating genetic variation in regions of the genome housing venom genes. They found striking genetic diversity and strong evidence for natural selection maintaining multiple forms of different venom genes, adding to a growing body of evidence that balancing selection is more pervasive in nature than previously thought.

Based on the new study, Schield suspects that while directional selection may have driven the origins of venom, in more recent timescales, there may be an equilibrium shift towards balancing selection favoring diverse venom repertoires.

This may be one reason that snakebite is notoriously difficult to treat.

“These evolutionary mechanisms ramp up the complexity that you're contending with when you develop antivenoms, as venom composition within the same species but in different geographic regions might be totally different,” said Schield.

Funding for this work was provided by the National Science Foundation (NSF) and U.S. Department of Health & Human Services | National Institutes of Health (NIH).

A collaborative study, including CU Boulder associate professor Andrew McAdam, investigates how the risks and rewards of red squirrel reproduction are a microcosm of evolutionary patterns. END_OF_DOCUMENT_TOKEN_TO_BE_REPLACED

What happens when an expert on natural language processing asks a chatbot to write a children's book in the style of Dr. Seuss? Professor Kai Larsen put the question to the test. END_OF_DOCUMENT_TOKEN_TO_BE_REPLACED

A model of your very own kidney made entirely from soft and pliable polymers? Researchers at two CU campuses are on the cusp of 3D printing realistic replicas of human anatomy. END_OF_DOCUMENT_TOKEN_TO_BE_REPLACED
Return to the top of the page